On a ship from Kanmar Jim and Mellwell a Dwarven Witch have sailed into the Uzrush harbor. To cover their Passage they have been endentured to Engleher Caravan Company to find the owner's son Nicholas Engleher. Jackal a Gnollish nomad and Hide a lost halfling aproached Uzrush from the Vrur Steppe; From the Hravra Taurid to the east Navi an Elvish Druid followed this interesting pair to the Bone Spyglass. At the bustling tavern these last three were offered a job by the Eyes of Uzrush the local charter of the Jartkiir, to join Jim and Mellwell on the search for Nicholas. The party is expected to receive 35 GP for retrieving Nicholas.

All of this for a Barrel of Crackers?

Dipalasa Ntso, the Guildmaster of the Eyes of Uzrush insisted that the crew take Bob with them. The party was granted an Ox and Cart, They also negotiated for Salt Pork and Ale to take with them on the 180 mile journey to Engleher where Nicholas was last seen. Not satisfied with weak beer and salty meat the party decided they were taking a barrel of hardtack with them as well. Dipalasa was charging an incredibly inflated price for food provisions so they decided to sneak the rock hard dry bread into their cart.   Mellwell tried to occupy Dipalasa with conversation while Jackal , Hide , and Jim loaded the provisions into the cart. Navi keeping watch over the situation noticed a pair of Ruffian hiding inside the tavern as Dipalasa's backup. Toni, Mellwell's Rat even contributed to the Deception attempt. Back at the cart the trio struggled to load their bounty of baked water and flour, causing a loud clatter; ready for this hiest to go awry Bob chucked a vial of Alchemist's Fire towards an alley. Bob's grip failed on the vail, and instead of crashing harmlessly into the street his fire exploded against the walls of the Dawn's Pass Orphanage. Taking advantage of the chaos the party slipped out of town.

The party would spend several days on the Vrur Road in route to Engleher, the party would stop for short rests throughout the day, eat some provisions and talk with other travelers to find out more about the cities of Khababar. By chatting up a few grizzled veterans Jim learned of the Greenpurge Crusade . Passing the wizard's city of Irhurma they learned the legend of a Necromancer who saved the city by raising an Undead army called the Feisev to push the Orcish hordes from the Vrur Margrave.   One night on the road, with the full moon at the top of the sky the clattering of a squad of Skeleton soldiers woke the party. Springing to action Jim and Jackal formed the physical front of the party; Hide, Navi and Mellwell took up support positions while Bob took his time waking up. While Jim and Hide struggled to hit the soldiers with their weapons, Jackle tore one soldier's torso off with his powerful jaws. Navi concentrated Primal Magic into her hands as she used a Gouging Claw to tear another Skeleton apart. Mellwell cast Sleep over the Feisev formation allowing the party to close distance with the undead squad. Bob threw a vial of Alchemist's Fire. It crashed into a firestorm consuming three of the soldiers, one was completely reduced to ash and the other two were reawakened by the burning flames. Jim and Jackal converged on the fire singed skeletons, eventually shattering them with physical attacks, while Navi subdued the last soldier with an Electric Arc.   Settling down after the battle, the party rested and tended their wounds. Drifting into dream a shadowed voice-guided Mellwell to a clearing at the foot of a mountain and a smoldering village there. The bodies of a few dozen orcs were piled and set on fire. Mellwell saw on young orc scrambling up the hill surrounded and guided by a shadow with one glowing red eye. Jims abysmal performance during the battle clued him in that he may had offended Taura with his roguish behavior. in penance, he gathered Hide's lost arrows and gave burial rites to the fallen skeleton soldiers.

Upon reaching their destination, the party discovers there is a plague in Engleher, the Mine is closed and the Inn is the only business open as of late. If asked, locals will freely share; the plague appeared about four months ago and has since killed about one in three of the town with about another third had left to seek sanctuary somewhere else in Khababar . The whole sickness had an evil air, some of the Night watch claim to have seen a dark figure watching the town from the mountains above. Many of the buildings in town have boarded doors and windows.   The sick have been directed to seek aid at the chapel of Taura where Father Stephan has been doing his best to treat the ailing. when approached by the party he tells them not to drink the water from the Silver Spring where he believes the disease began with locals drinking cursed water from the spring.   When asked about Nicholas Engleher, Stephan told them that Cranston, the mine's foreman and Nicholas led a group of miners to the mine where the spring's source is. They left two weeks ago and haven't returned.

Approaching the mine the party finds signs of a recent battle, blood smears and broken crossbow bolts. inside they find an overturned cart on top of a body and swarmed by Four Giant Rats. The party charged to the cart to clear the threat. Jim and Jackal hacked into the rats with their Swords. Ash and Navi cleared away three of the rats with Electric Arc and Magic Missile. Bob melted the last rat with a Blight Bomb.   Skulking deeper into the mine the party found the source of the Silver Spring, a rust-red stain swirled in the water and the spring was surrounded by four Zombies. In an unfinished corner on the far side of the chamber could see an Orcish Cleric praying at a makeshift shrine, composed of an orcish skull painted in blood on the hewn stone wall. One of the Zombies resembled Nicholas Engleher. Mellwell attempted to spin another Sleep spell to subdue the zombies. The undead heard her reciting the incantation, they turned on her. Jackal engaged with his Rapier while Navi and Mellwell unleashed projectile spells. two zombies were obliterated by Bob's remaining blight bomb. Jim charged through the fray to rush Jakk Tornclaw, the orc cleric. The two tussled under an unreinforced section of the mine; bob readied a grenade and threw it at the mine ceiling over them. Silver ore and rock collapsed over them killing Jakk and knocking Jim unconscious. The party revived Jim, he salvaged Jakk's Greatclub.

The six PCs were created this session. 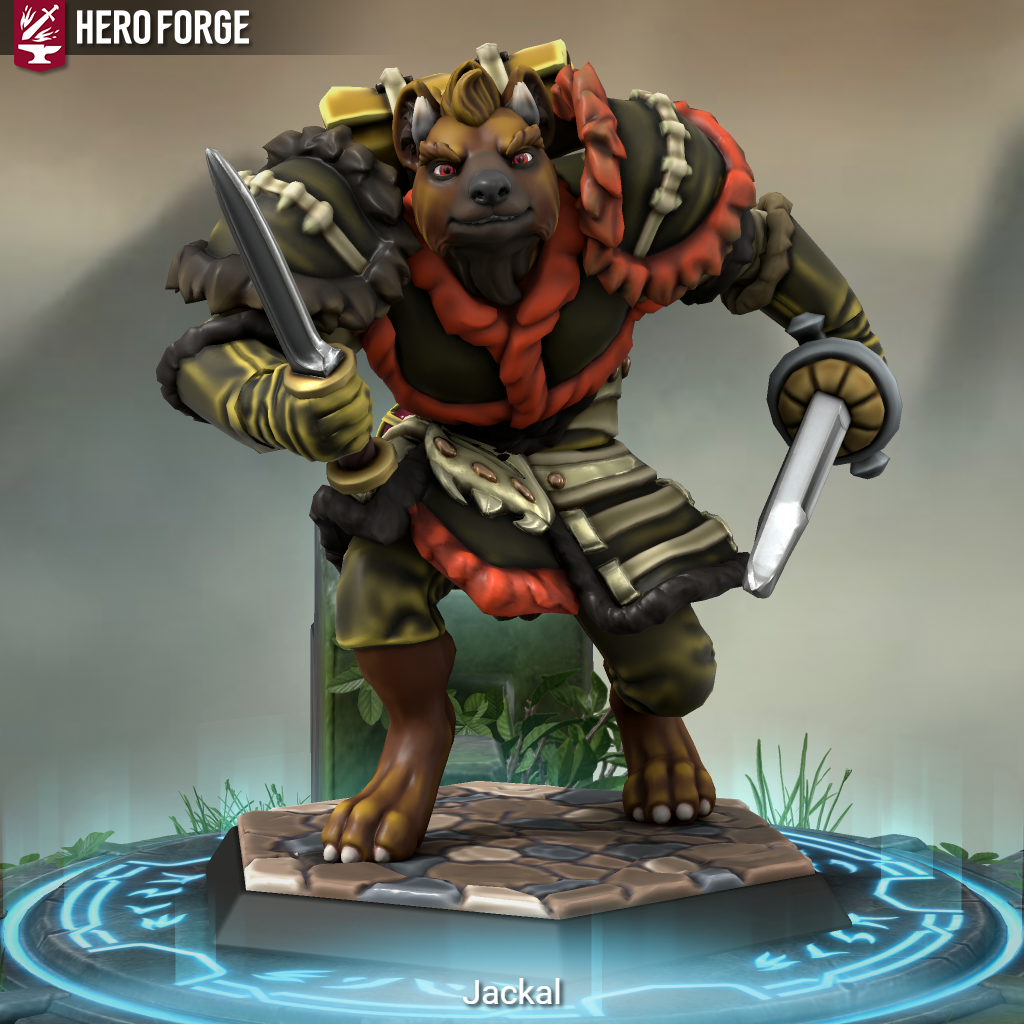 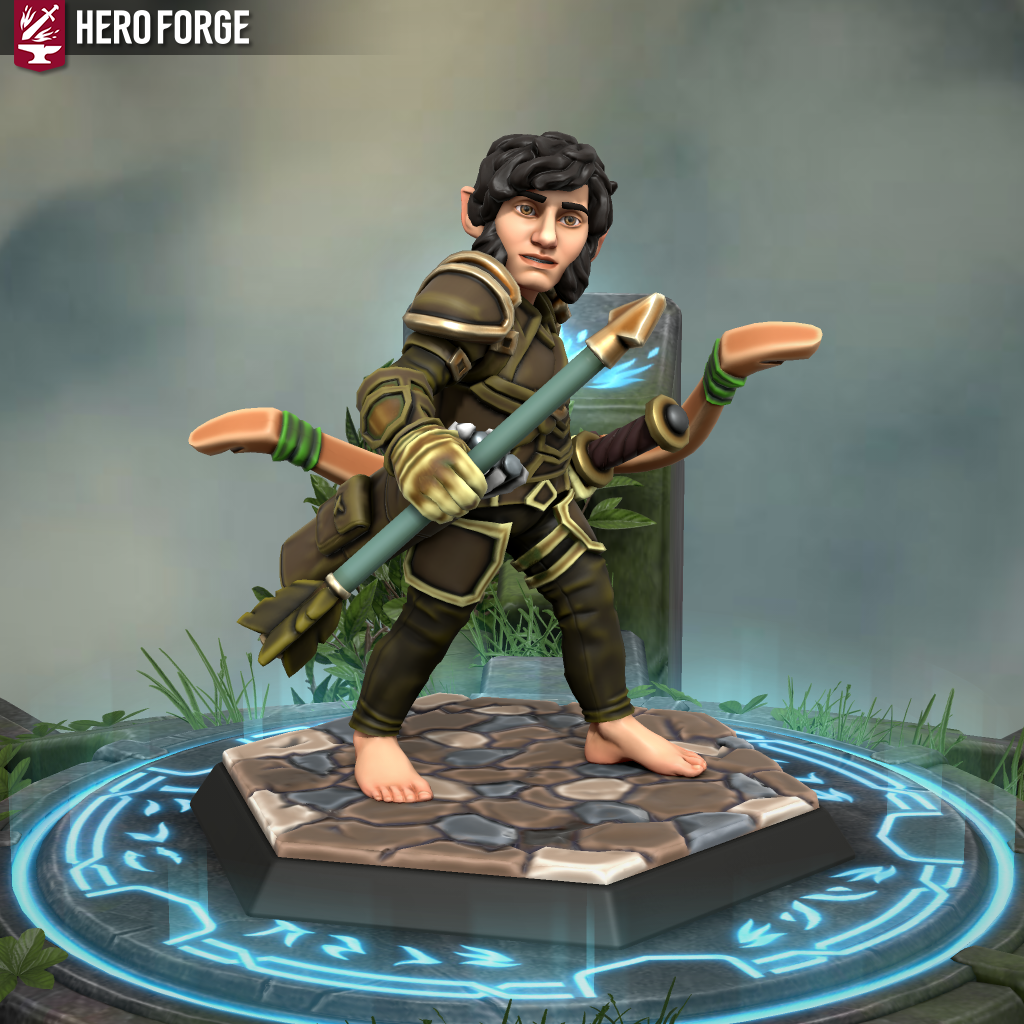 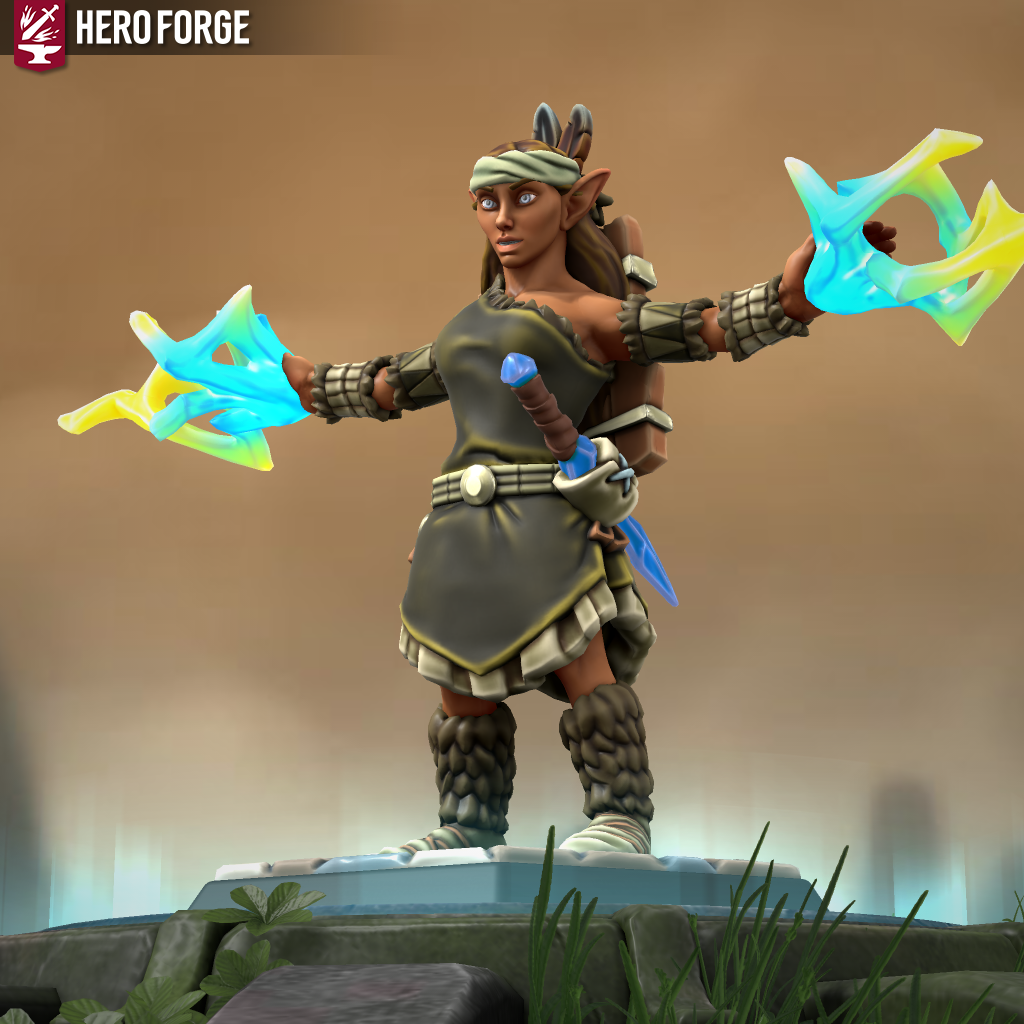 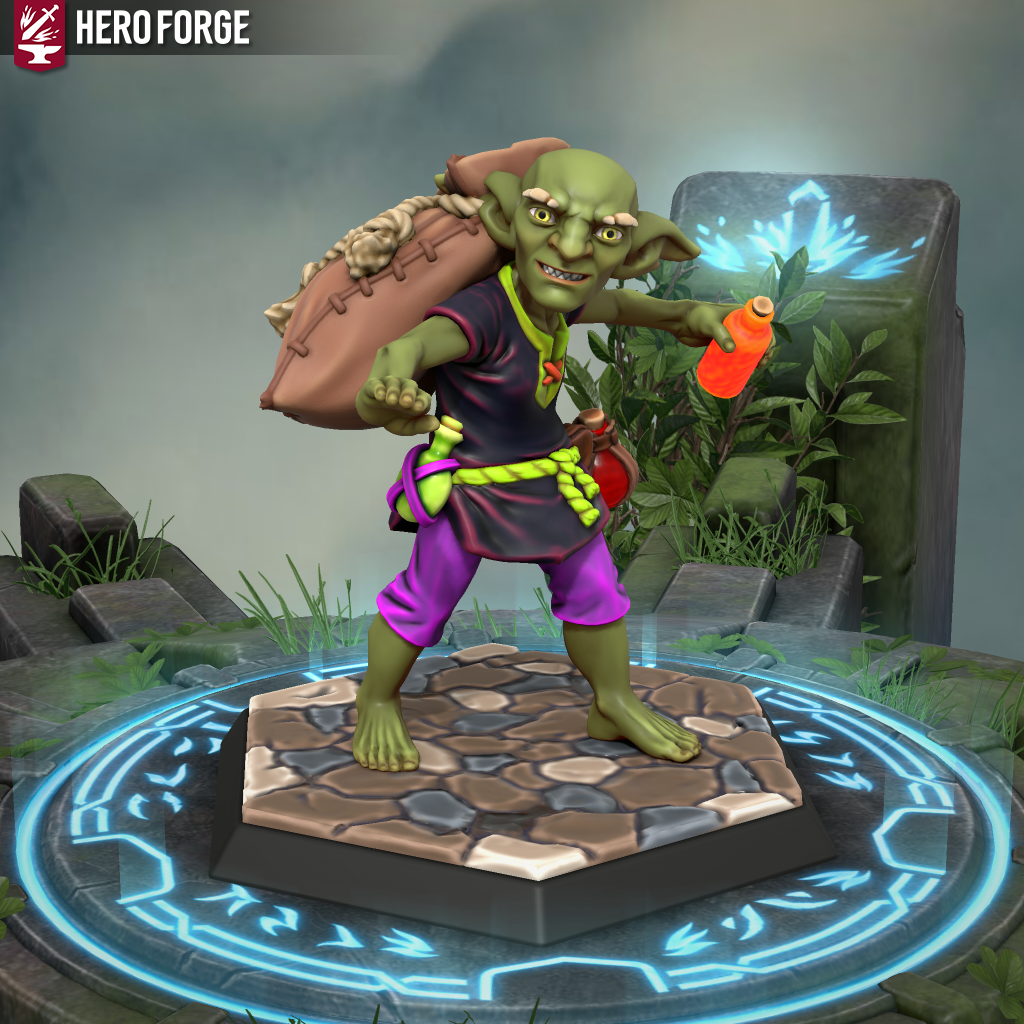 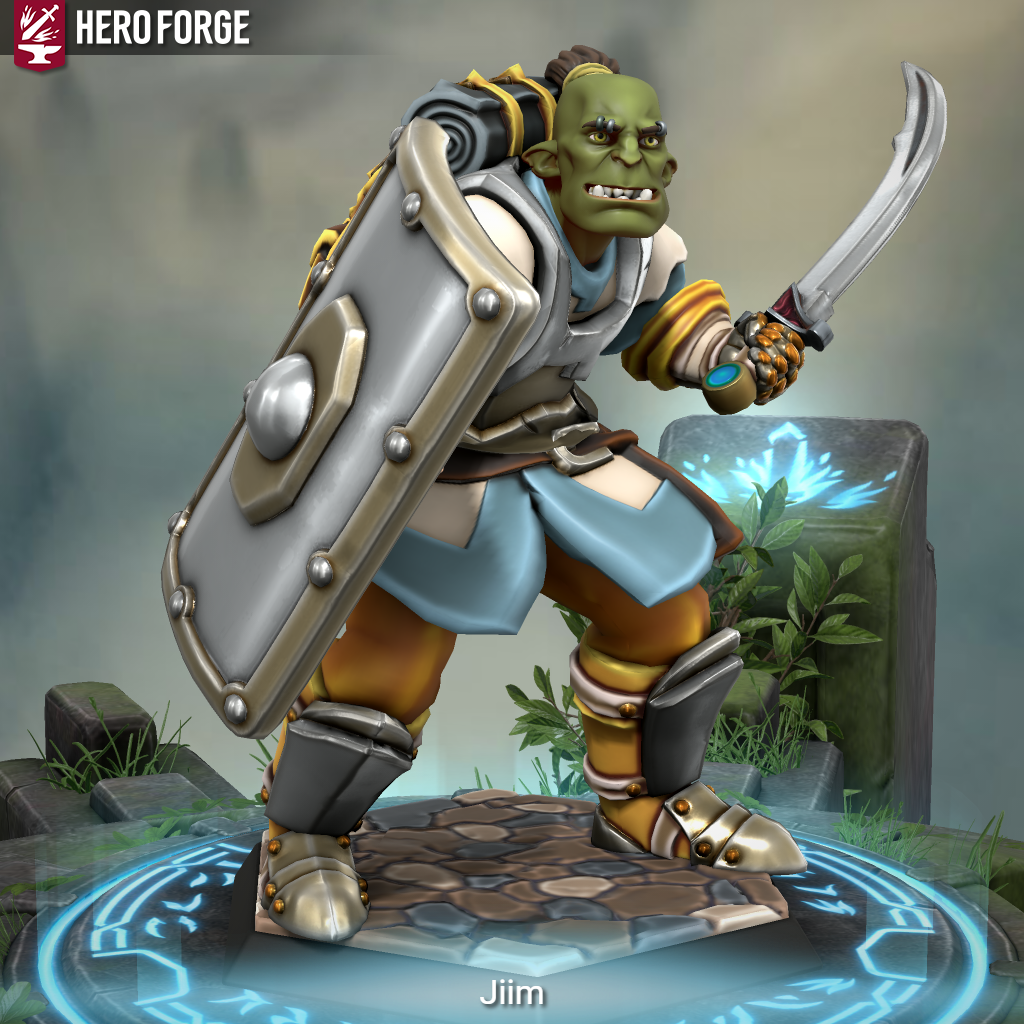 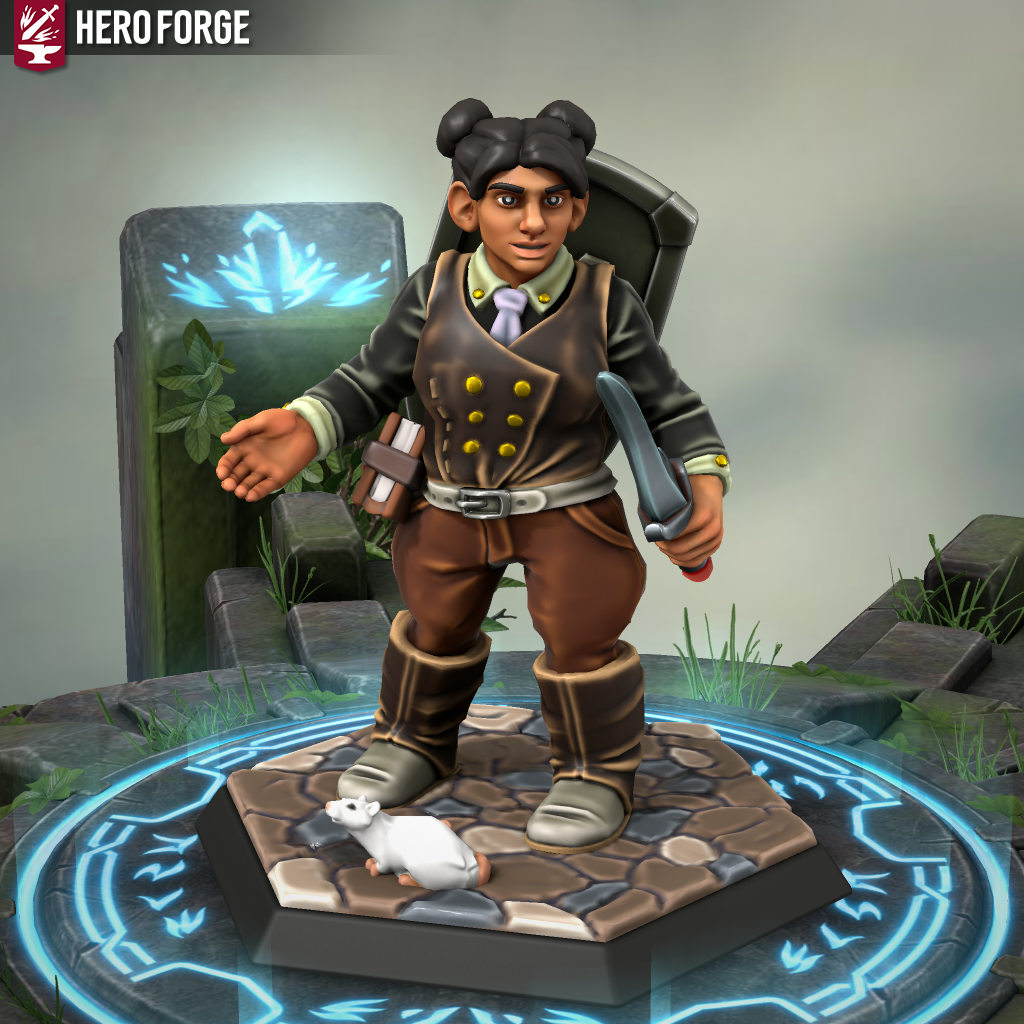 Sounds like a successful and good adventure was had. The play out of the Cursed silvermine and the plague articles is fun to see.

This was most of the players first session; I had to improv the hardtack heist and cut out most of the town and mine encounters. It taught the players that they steer the session.