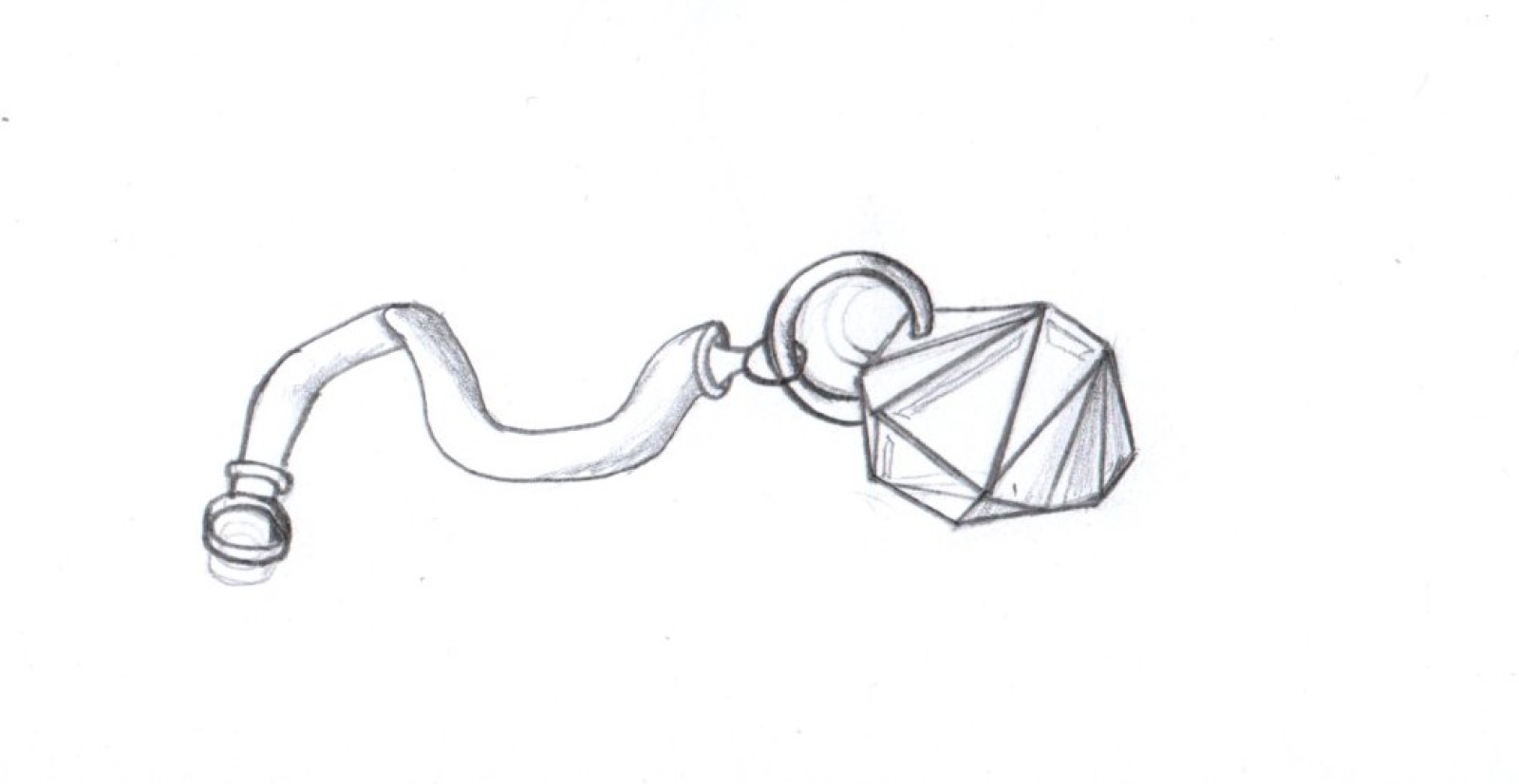 A tradition particularily popular among the planet-based population of the Kingdom Of Anakrion, yet common in orbit as well. At its most basic, it's putting strings and strands of various sizes, lengths, and configurations on one's body, mostly the plating of Sapient Synthetics, since that's the majority of the planet's population. These strings and what they hold up rarely mean anything to others, though often do matter to the person wearing them.

Of particular note is the variance between planet and orbit. While the strings of those on the planet's surface are straight and hang down from a point, orbital inhabitants' ones are often wrapped around their body, often the shoulders and upper torso, much more reminiscent of traditional jewelry, like necklaces.

While quite a few of the planet's cultures derive their traditions and practices from the Cellean autocratic space's culture, this one has developed completely independently. It likely started out as people putting on regular necklaces, just elsewhere on the body, and has remained that way in the orbital settlements. The variance that exists between the planet's and the orbit's inhabitants is likely due to people preferring the strings flow in the windy conditions of Anakrion, the continent, and deciding to separate the strings into ones where only one end is connected to the body.

The strings are often braided, segmented, or otherwise changed to be more stylish, though not always. The most common type of string is simple fabric, though chains made of metals, especially gold or silver, are not uncommon. The string then has an ornament placed at the end of. This ornament varies drastically, from gems to just the end of the string tied in some way. Quaken, for example, has a bundle of gemstones hanging from his shoulder pad. 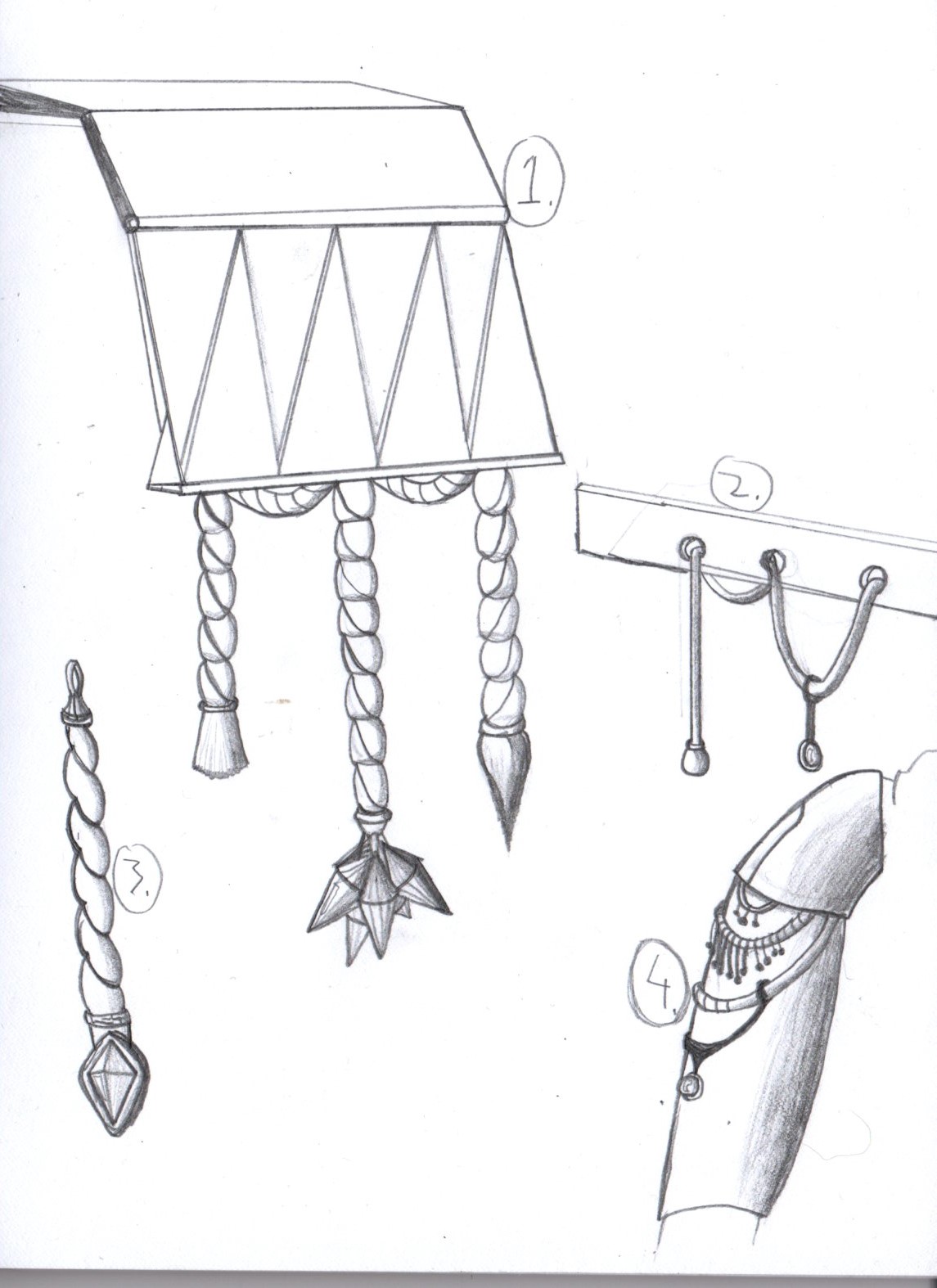 Anakrionian Jewerly by MadToxin
1. Quaken's shoulderpad, showcasing some more common designs.
2. Another common method of hanging strings.
3. The most popular type and design of string, topped with a gem.
4. A fancy and complex version of a common design seen among the orbit's inhabitants.

I really like the contrast of strings and fabric on robots. It really goes a long way in humanizing them. I especially appreciate the illustrations. Excellent work!

I'm told that making these fascinating strings is common practice around here. As for their meaning, was just told that it only mattered to the person wearing them. Well, guess if I don't want to stand out too badly and make a life here I will need to find some string- and then figure out what to make with them. I suppose my strings could be about my travels, but that could get very unwieldy unless I abstract a few adventures. Or maybe it would be easier to pick a few and omit the rest.   Hmmm... maybe I'm just missing the point. Would it be rude to ask around about what other's strings are about? - Nemo, World Traveler