The name of 'Valveworks' comes from Fantasy Flight games Edge of the Empire: Lords of Nal Hutta. Star Wars and associated references such as Jedi, Hutts, etc belong to Disney and LucasFilm limited. YET! Those were used as basic inspiration, nothing more. The majority of the details on this article are the fault of CB Ash ( Kummer Wolfe ).

Take a deep breath, then swirl that around in your mouth a bit and chew. It's the best way to get used to the air on Nar Shaddaa.
Mostly because it hurts less...
— Jangir Toth

Nar Shaddaa has an abundance of technology, commodities, labor force, and the credits to lubricate the wheels of society. However, it is lacking in two particular items.

Generations before, after the Hutts destroyed their own homeworld, they invaded others to call home. The moon of Nar Shaddaa was one of those. However, despite the doctrine of their kajidic code, or perhaps because of it, Hutt “progress” on Nar Shaddaa resulted in near ecological collapse of the moon.

While the upper levels continued to grow, the Hutt’s solution was to contract for the creation of recycling plants to scrub both air and water before releasing it back into the ecosystem. This resulted in several corporations building such installations across Nar Shaddaa. Today, those installations are the most common sight in the Faultline layer. The largest of these is the Valveworks built by Argon Atmosworks Corporation. Like the other biosphere specialist businesses out of the Corporate Sector, they managed and maintained these installations for the Hutts.

That was five hundred years ago before those companies went into debt with the Banking Clan, then closed their doors.

Today, the recycling facilities continue to function, but none operate better than 60 or 65 percent efficiency. No regulation officials arrive to manage maintenance or monitor output. The only staff left are thousands of droids. Valveworks alone has the highest population of 150,000 droids.

However, unlike the other installations, Valveworks continued to grow. The installation expanded, using parts and starship hulls from the nearby ship graveyard. Remains of ship maintenance and engineering shops were refurbished and added as manufacturing centers. Rumors persist that Valveworks is powered by ten cast-off reactors from two scuttled star destroyers. As it stands, Valveworks is a factory-city the size of an entire district and shouldering the burden that the other failing installations can no longer handle. Currently, the Valveworks installation handles 50 percent of the recycling process for the entire moon.

Yet there is no record of who is managing these operations. No life signs have ever been detected in Valveworks or any other factory-city. In fact, no organic creature is allowed into the deeper parts of Valveworks. However, the droid population continues to grow every few years, yet no new droids have been shipped to Valveworks. Likewise, the designs seen at a distance working in the factory match no droid blueprint anywhere else in the galaxy.

To date, the Meldari Council of the Hutts aren’t concerned with Valveworks or its sister installations. The recycling systems are working from day to day and only the poorest areas of Nar Shaddaa are affected by the lack of clean air and water. The systems have worked until now and so the Hutts believe they will continue to work.

However, if Valveworks’ systems fail, the ecological disaster would drown the planet in toxins within days, if not hours. Then there is the matter of who is running Valveworks. What happens if they are no longer willing to be ignored by the local inhabitants of Nar Shaddaa on the upper levels?

Entire blocks of Valveworks were once devoted to many of the common species found across the Outer Rim such as humans,  twi'leks, bimm and more that lived and worked there. The last of those individuals departed for better work in the higher levels centuries ago. However, the living quarter blocks remain, each with facilities to support the needs of each species.

Those blocks are also maintained and at times seem to be used even today.

What government or organization runs Valveworks?

It's a good question, one that occasionally preoccupies members of the Meldari Council. Some attempts have been made over the centuries to locate who is in charge of Valveworks. The last team sent to the factory-city bypassed the older technology force screen defenses with little trouble.

Then they vanished without a trace.

The team returned to the surface two weeks later. All medical scans confirmed they were in perfect health. In one or two cases, they were in better health than when they left. They weren't able to locate a 'city official' of any kind but they stated emphatically that Valveworks was running according to 'code', the droids were very polite and welcoming ...

... and everything was just fine.

Still, while the Hutts would like to know who is paying the rent, credits are always transferred on time according to the Banking Clan records. The payments are not even a second late.

One just doesn't go 'round making a lotta racket here in Faultline. After all ... Valveworks is always listenin'...
— Advice from Bixby Creel, a Bonejacker "Burner", to a visitor who vanished two hours later

Valveworks location in Faultline puts the factory-city turned district in a risky environment. Toxins, sewage and more are dumped hourly from the levels above for Valveworks to process and some of these are corrosive. Then there is the local mutated ecology that Nar Shaddaa has given rise to over the centuries. From Bonejackers to smugglers to steeljack nomads, many of the locals of Faultline are always looking for loose technology or materials that might not entirely be nailed down.

To deter thieves or scavengers, Valveworks use several methods to defend itself. Multi-phasic shields are used as a perimeter fence, this proves effective against most swoop gangs or the occasional swoop of Mordrax that might fly by.

For the more persistent or dedicated, there are the modified E-Web repeating blaster turrets that watch most main roadways in and out of the district. However, there isn't a clear picture of what the inner defenses are like, as those that try their luck on occasion feel the sting of an E-Web turret set to 'stun' before the target is taken into custody by a troop of heavily armored and modified battle droids from the Clone Wars era of droid design.

For Valveworks, like any Nar Shaddaa recycling station, its main industry and trade is the purification and recycling of clean air and water. However, populations and environments change over time, which brings a change in what is needed.

This has been the case on Nar Shaddaa. As the population of the above levels grew, so did the demand for processing new and different toxins from chemicals to dead bodies. Valveworks has expanded its contract to accommodate this need with no fuss, much to the satisfaction of the Hutts. Today, there is a small fleet of armored aircars dubbed ‘Valvewagons’ that work in the upper levels to bring down discarded technology or those gunned down by blaster fire in the occasional bar fight.

Refurbished parts from Valveworks are found in many tech shops across the Nar Shaddaa upper-level districts. Likewise, other materials, such as processed nutrient bars, are sold as rations in supply shops. They come in various colors from blue to green.

Them new greenie ration bars out of Valveworks is pretty tasty. Almost a bit minty! But could still use a bit o' ketchup. Aye, sez' aye.
— Bixby Creel, a Bonejacker "Burner" to Jangir Toth who then refused to eat one. 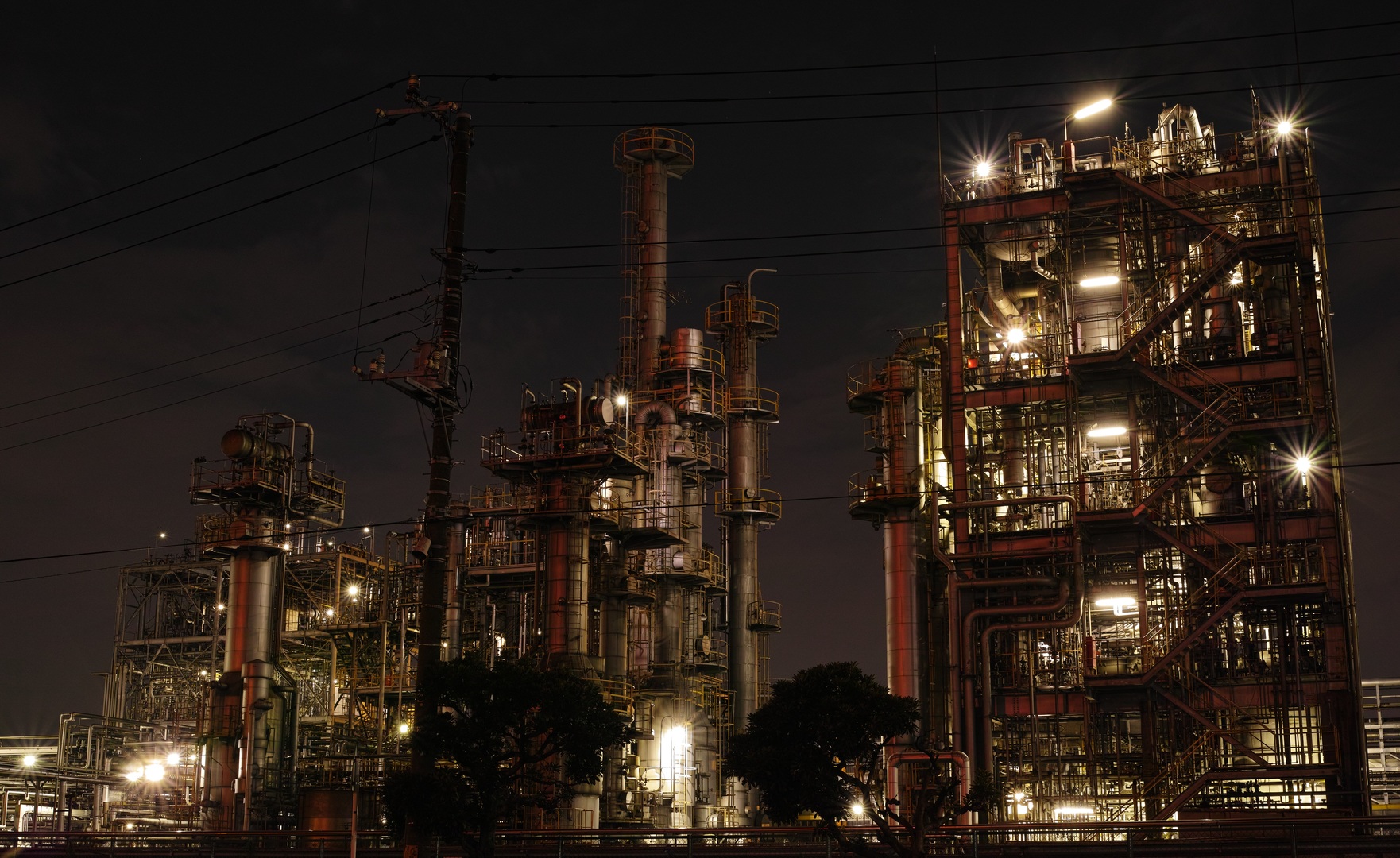 What a beautiful balance of information and rumor. I am completely sucked into the question of who is running the facility. And what exactly is in those nutrient bars, too...

Thank you very very much! As for who is running the facility and what exactly in those nutrient bars? Well ... that might fall under "are you SURE you want to know?" or perhaps "Never think while you eat."

Yeah, I kinda figured that... Recycling at it's "finest"?   "Today, there is a small fleet of armored aircars dubbed ‘Valvewagons’ that work in the upper levels to bring down discarded technology or those gunned down by blaster fire in the occasional bar fight."

I shouldn't speak for any Hutt ( as that can be dangerous ) but I believe they might call that "waste not, want not"?