Star Wars, twi'lek, Nar Shaddaa, and similar items are the property of Disney and Lucasfilm, ltd. But those are used for inspiration at best. The rest of the content here can be entirely blamed on Kummer Wolfe ( CB Ash )!

— Jangir Toth on why would anyone even go to Faultline

Bartertown is another of the unusual districts in the Faultline region. However, unlike the others, this one has more in common with the Corellian Sector on the upper levels but with fewer regulations.

The district is located to the southeast of Valveworks and comprises aging, but refurbished, warehouses set among the sprawling phosphorescent bluedevil trees of Faultline. Here, remnants of the original structure and architecture of Nar Shaddaa can still be seen. Plascrete sidewalks still cut through the mushroom forests, connecting many of the warehouses that are still standing, unaffected by the musty and lightly acidic fog clouds or ages of toxic sludge that surge slowly across the area.

The outer edge of warehouses are used by smugglers or pirates. Smugglers trade goods or are there to avoid undue attention from the Hutts. Pirates are storing their ill-gotten gains from stolen cargo to kidnapped ransom victims. It’s not unusual to find a warehouse with a slaver’s ‘product’ waiting to be transported to the slave market.

However, the true gem of Bartertown is beyond that. Deeper inside the district is a series of warehouses still connected by underground hovertram tunnels. These sprawling complexes look abandoned from the outside but that’s to deter the casual observer. These locations are the heart of Bartertown.

The warehouses are the marketplaces or meeting squares of Bartertown. Temporary and permanent merchant shops are here with each warehouse specializing in types of products from technology and ship parts to clothing to foodstuffs. Valveworks sends regular shipments of their own discarded technology and new variants of nutrient bars. The technology ranges from refurbished parts from the Ship’s Graveyard to unusual, new, and sometimes very mysterious, devices of an unknown design. As for the nutrient bars? Food in Faultline can sometimes be in short supply. None of the inhabitants are willing to ask too many questions.

Not a single body here don't have themselves a story for why they're here. Escaped slave? Aye. Smuggler hidin' out? Oh, aye. Stranded and lookin' for a new home? Aye, that too. Me? I was a politician! But I saw the evil o' me ways and became a Bonejacker! Aye, sez' aye!
— Bixby Creel, a Bonejacker “Burner” and self-appointed tour guide

Bartertown is a true melting pot by necessity. People arrive on Nar Shaddaa either by force or by circumstance. However, the bright neon lights and occasional damp walkways of the upper levels can be unforgiving and brutal. Those down on their luck, or are just on the run, often find a relatively safe haven in Bartertown.

That has caused the underground warrens of Bartertown to be a patchwork of cultures and species from across Hutt Space if not some Outer Rim species.

Humans are the most represented in the population followed by Twi'leks, many of both groups are former slaves. Ugnaught communities can be found on the Valveworks side of the district. Species such as the aqualish or the nikto communities perfer the musty ambiance of the 'red mist' that washes through the air between Bartertown and the Blood Shoals district. The intermingling of species has resulted in a slightly higher number of hybrid offspring, with human-twi'lek being the most noticeable.

To manage its affairs and trade, Bartertown has a government. In a departure of the complex and harrowing nature of Nar Shaddaa, Bartertown has an elected governor position and a 'district council'.

Laws in Bartertown are closer to guidelines of good behavior. The dangerous nature of Faultline itself along with the fact that many of the locals are on the run or suffer sporadic attacks from slavers, encourages the locals to cooperate and agree on how things work in the district.

All positions of the district council are elected. Warehouse communities may elect two representatives. The governor's position is also elected. None of these are considered 'jobs' and, in fact, one of Bartertown's founding guidelines is that to become elected, a person must already have another job in Bartertown. These elected positions are treated more like 'jury duty' elsewhere in the galaxy.

The terms of each office are staggered. Bartertown elect governors yearly and a governor may not hold office two years in a row. District council members are elected every other year and like the governor, may not serve two terms in a row. As all members already have employment, most are eager to not serve twice in a row.

Bartertown has no proper defenses other than stealth and camouflage. The most common threats are the occasional slavers looking for new 'product' to kidnap or the natural, mutated creatures in Faultline. Natural disasters from exploding fog and more also present a threat.

If the district is in jeopardy, the inhabitants close up shop and retire to the underground complex behind fortified blast doors. There they wait out the trouble until it leaves or dissipates as in the fog's case.

The only standing 'defensive force' is the roving bands of Bonejacker swoop gangs that roam the area. They take it as a point of personal pride to defend what they see as 'their territory' from potential encroachment from slaver or Hutt enforcers.

Best prices around! Aye, sez’ aye! Not just ever’day a body can buy a reworked motivator part and a box o’ Valveworks’ finest nutrient bars for a pair o’ blaster burned boots and a couple o’ droid fingers! But ya wanna wait till mid-week, that’s when Valveworks sends a box of the green stuff. It’s delicious!
— Bixby Creel, a Bonejacker “Burner” and self-appointed tour guide

This is the lifeblood of Bartertown and does consume much of their attention. True to their name, Bartertown is a district that is essentially a district-wide swap meet. Almost anything can be bought, sold, or traded here. Bartertown list some limitations in the district's guidelines.

There is no slave trade allowed. This stems from so many of Bartertown's inhabitants are former slaves themselves. Another is that body parts still used by their owner are not a valid source of currency for trade. However, if the owner is done with them? Then there is a rate of exchange for that.

Much of the transactions here are done according to a rather complex rate of exchange that has evolved over the generations. Bartertown has a form of money but it is more of a promissory note that covers bartering of one set of goods for another based on the exchange system. These promissory notes look like sabacc betting chips with the colors of red, green, yellow, blue and orange. Red represents the largest 'value' and 'orange' the least. 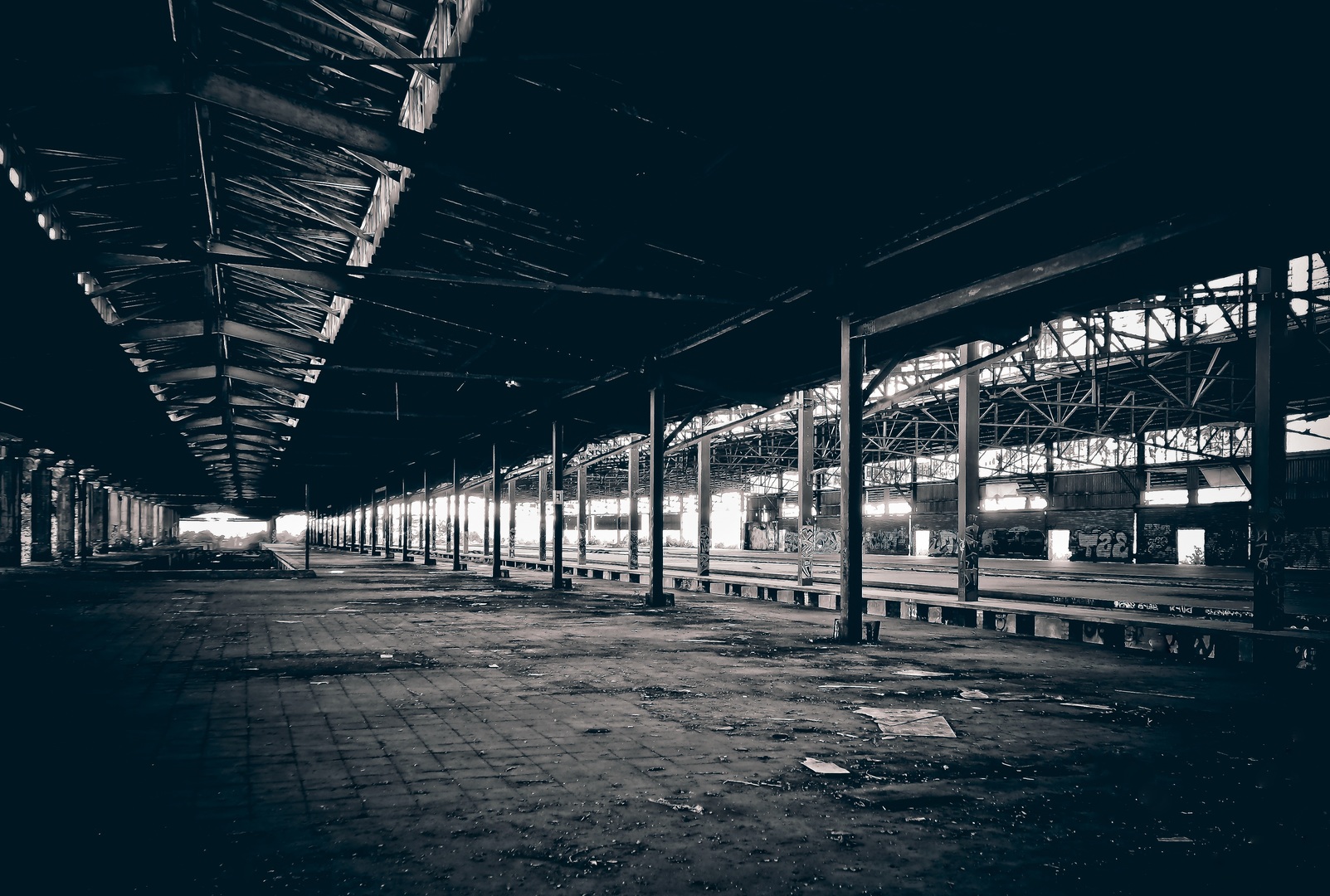 
The geography of Bartertown is broken into above the ground and below.

Above, Bartertown is a network of ancient plascrete sidewalks often shaded by gray or blue musty fog and bordered by the ever-present bluedevil mushroom trees. Dilapidated, or ones that appear so, pepper the district at regular intervals. The fewest warehouses encompass the outer region of the district. Closer in, the warehouses are almost right next to each other with the look of an abandoned shipping center.

Below ground is a different story. Underneath the blue-gray soil, hovertram tunnels form the major roadways of Bartertown. Crude hovertrams assembled from discarded ship parts still move people and goods between the bunkers under warehouses.

The bunkers themselves are a marvel of ingenuity. They tap into the underground water supply and are then through recyclers. Water is relatively clean and abundant. Bunkers are multi-story affairs with underground hydroponic gardens. As it take the nutrients from Nar Shaddaa's toxic soil, the products from those gardens mutate often but most are edible.

These bunkers are protected from the surface by blast doors fashioned and fortified by capital ship armor plating. Durable, reliable, they have yet to be breached. However, they aren't quick to open or close. 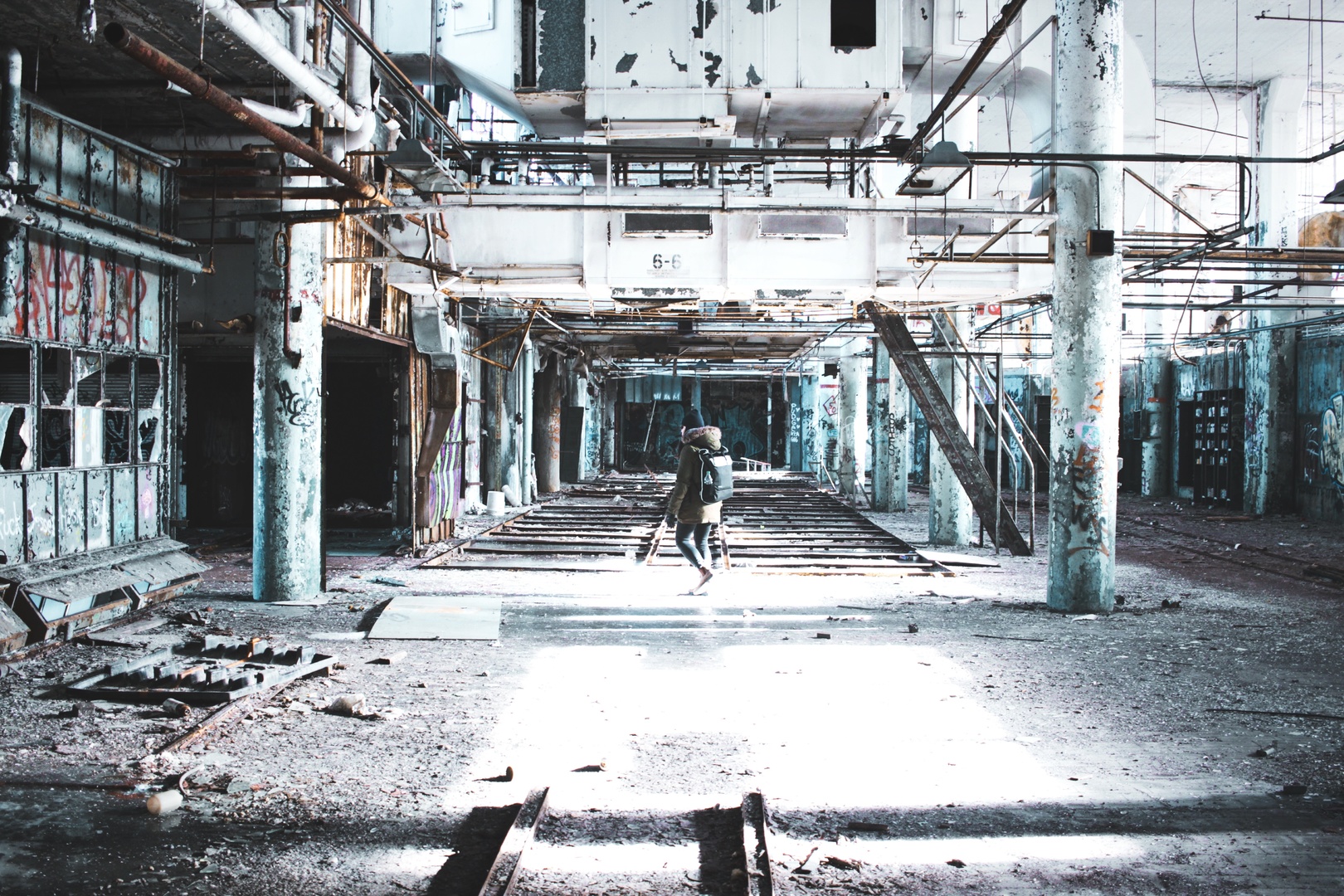 by CC0 Public Domain
Type
District
Population
Unknown. Some estimates put the population near 150,000 but others estimate less.
Location under
Faultline
Faultline