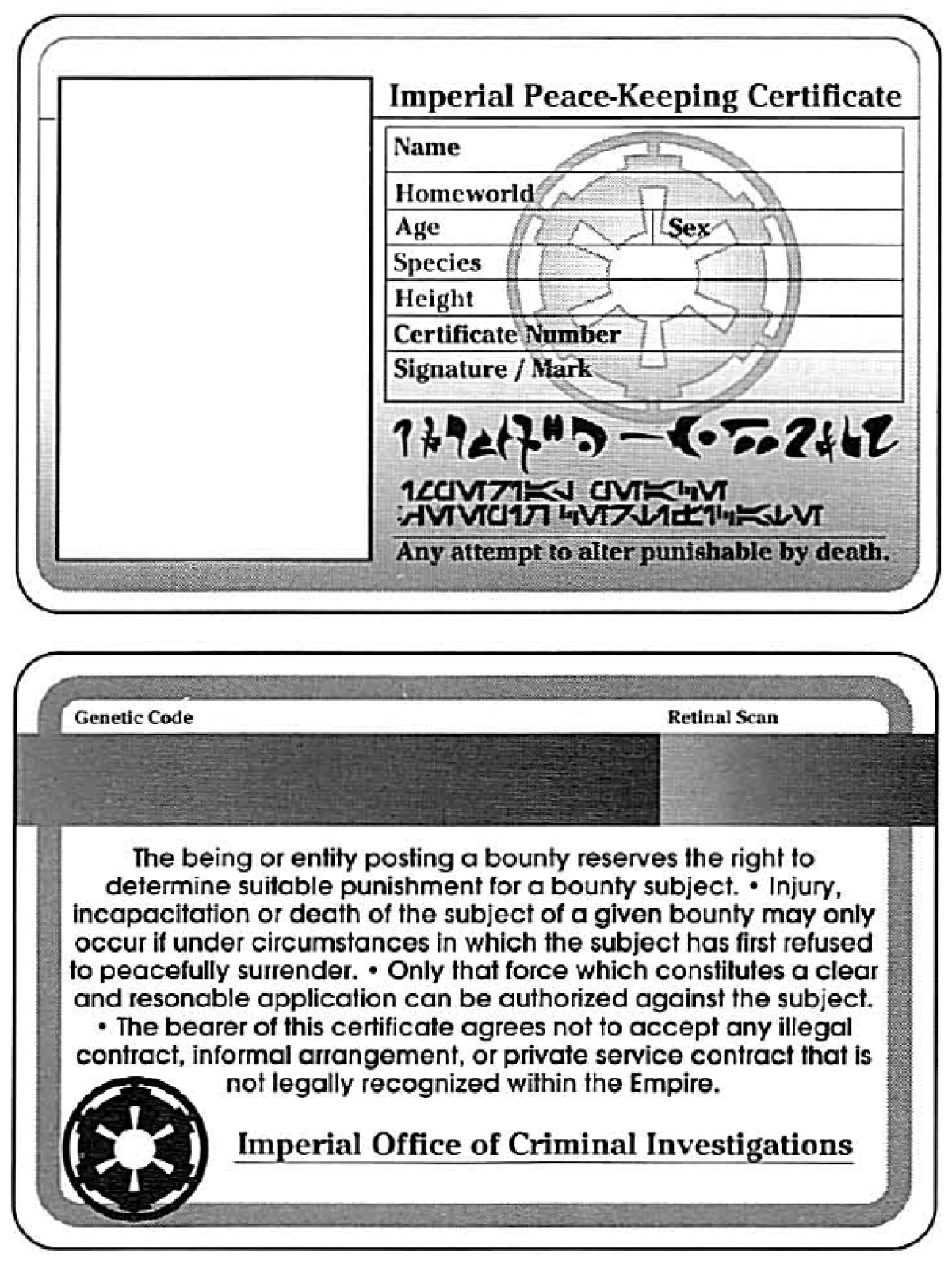 The Permit System   Make no mistake about it, bounty hunting is a business. It may result in the unwanted destruc­tion of personal property, it can require dealing with the seamier elements of the Empire, it can involve the risk of serious injury and even loss of the hunter's own life, but first and foremost, bounty hunting is viewed throughout the Empire as a business. A lucrative, growing and economi­cally viable business.   While few bounty hunters ever get invitations to tea with the Grand Moff's daughter, chances are her father has benefited from the employ­ment of these rough-and-tumble types.   One reason for the current boom in hunting, and likewise the acceptance of bounty hunting as a recognized profession, is the unique ability of Imperial administrators to make a profit from the misfortune of others.   A License To Hunt   When an individual decides that he or she wishes to become a bounty hunter, the first step is to acquire an Imperial Peace-Keeping Certificate QPKC). This coded identification card certifies the holder as a registered bounty hunter.     The recipient is thus entitled to transport, either aboard ship or about one's person, weapons and equipment otherwise held to be illegal and in direct contravention of local ordinances. The hunter's IPKC costs 500 credits and must be renewed each standard year.   The practice of renewing a license at yearly intervals allows Imperial officials to· review the performance record of the individual for any viola­tions ( at least serious ones) of Imperial law. In rare cases, hunters who have maintained a flagrant disregard for Imperial law have had their IPKC revoked, but often the Empire is content to levy token fines and allow the hunter to proceed with a "stern warning."   (Source: West End Games Galaxy Guide 10 Bounty Hunters)     This license is valid in most, but not all, regions of the galaxy. Some areas, especially in and near the Core Worlds, prohibit hunting of any kind, and thus do not accept this certificate's validity. Some areas have very tight weapons restrictions which also apply to hunters.