The U.S.S. Intrepid (NCC-38907) is a 24th century Excelsior-class starship operated by Starfleet. Currently in 2353, the Intrepid is commanded by Captain Priya La’al Kaur, with Commander Brandon Oliver as her executive officer. The Intrepid’s present mission is patrolling the Tholian border to defend against incursions and annexation of Federation systems.   Previously in 2346, the Intrepid responded to a distress call from the Klingon outpost of Khitomer, after a Romulan attack left thousands of Klingon civilians dead. After searching the ruins, Chief Sergei Rozhenko, Intrepid’s warp field specialist, discovered a young Klingon boy in the rubble. Together with his wife, they adopted the orphaned Klingon child into their family.   A legacy vessel with several decades of service; the Intrepid has had a variety of mission profiles, including strategic and diplomatic operations, scientific and survey operations and technical test-bed. At present, the long serving vessel operates as one of Starfleet’s remaining multi-role explorers, and uses her improved warp systems to rapidly re-deploy across the Alpha quadrant.

As of stardate 31010.1, the Intrepid is designated as a multi-role exploration vessel, utilizing it's advanced warp drive to travel further during deep space exploration missions. As a multi-role explorer, the Intrepid may require maintenance be conducted far away from starbase facilities, and the vessel has extensive engineering teams and resources to tackle problems mid-mission. In addition, the Intrepid also has advanced facilities for diplomatic duties, such as it’s command briefing room, and guest quarters for visitors and dignitaries. 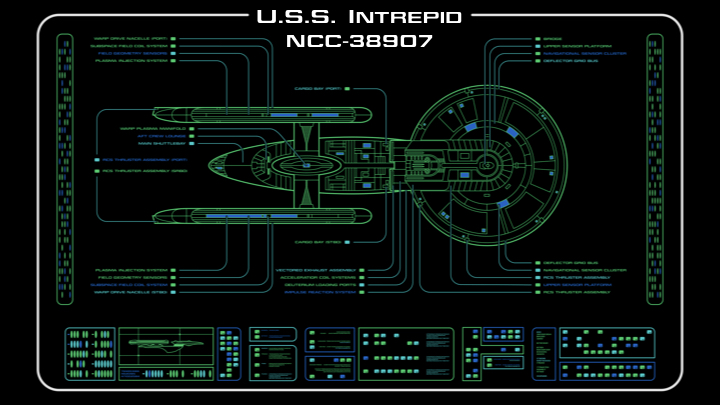