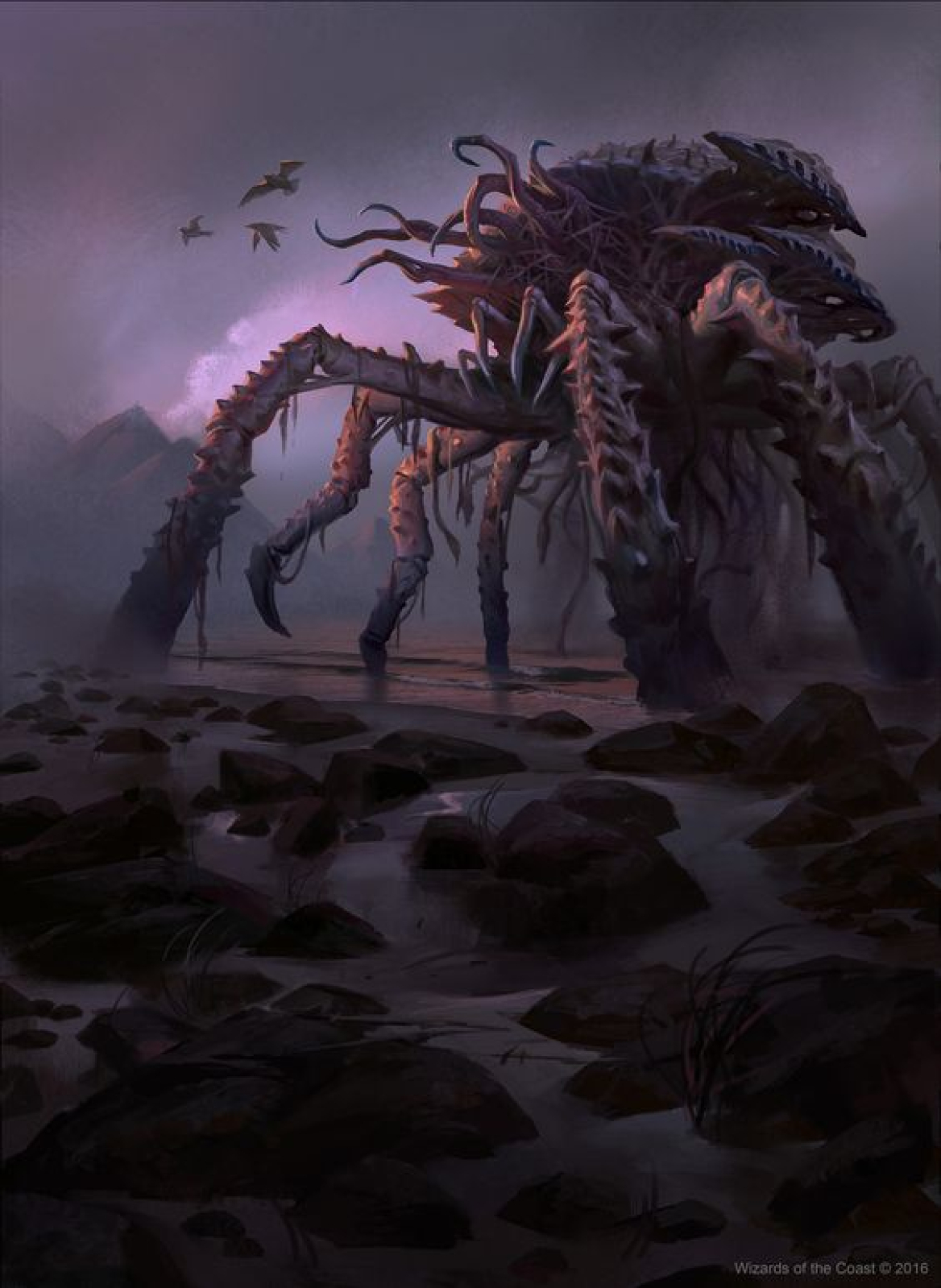 The Karkinos are a species of large psionic arthropods native to the planet Lerna. Their evolutionary path has lead them to be a race of walking brains who think of other sapient life forms as mere tools.

A Karkinos is a veritable scuttling fortress, towering up to around 20 meters in height. It walks on eight powerful legs, has six bladed limbs, and a quartet of mandibles for a mouth. It is armored in a durable hide, which hides six eyes.   Unlike most species that are able to found a civilization, much less an interstellar one, the Karkinos has no limbs that can manipulate tools. The closest it could come would be to use the many tentacles near its mouth, though they are underdeveloped as such. This is because the Karkinos relies primarily on its potent mental abilities to control other life forms to handle fine tasks for it. On their home world, this started as their brother race, the Gark, though they have discovered the ability to influence the minds of other sapient life forms.

Upon the planet boggy planet of Lerna, evolved a species known as the Gark. The Gark were a primitive species of Arthropods who would have likely gone on to become a prosperous civilization had they not fallen into the sway of the Karkinos. The Karkinos share a distant ancestry with the Gark. While the Gark evolved to use tools and form communities, the Karkinos developed the means by which to control them.   Thus, the Karkinos who were better able to tend and control their slave Gark populations were ones that survived to the next generation. Over time, this lead to an essential bond between the two species, with the Karkinos becoming smarter and more powerful, and the Gark becoming more efficient servitors that their masters depended upon.   The birth of Karkinos civilization occurred in roughly 2000 AF, with their first space flight occurring in 9671 AF. They remained splintered into separate nations until their encounter with the people of the planet Prokris. Prokris was a colony of surviving Akhaale who had survived the dissolution of their empire, though had suffered technologically. The Karkinos saw them as a new type of Gark, and attacked immediate to subdue them. This spawn a great conflict which resuled in the enslavement of the Prokris people, and the semi-unification of the Karkinos.   While once, the Karkinos nations competed for the best Gark slaves, the Prokris Akhaale had revealed the galaxy was populated by new slaves they could collect, as well as potential threats to their people.