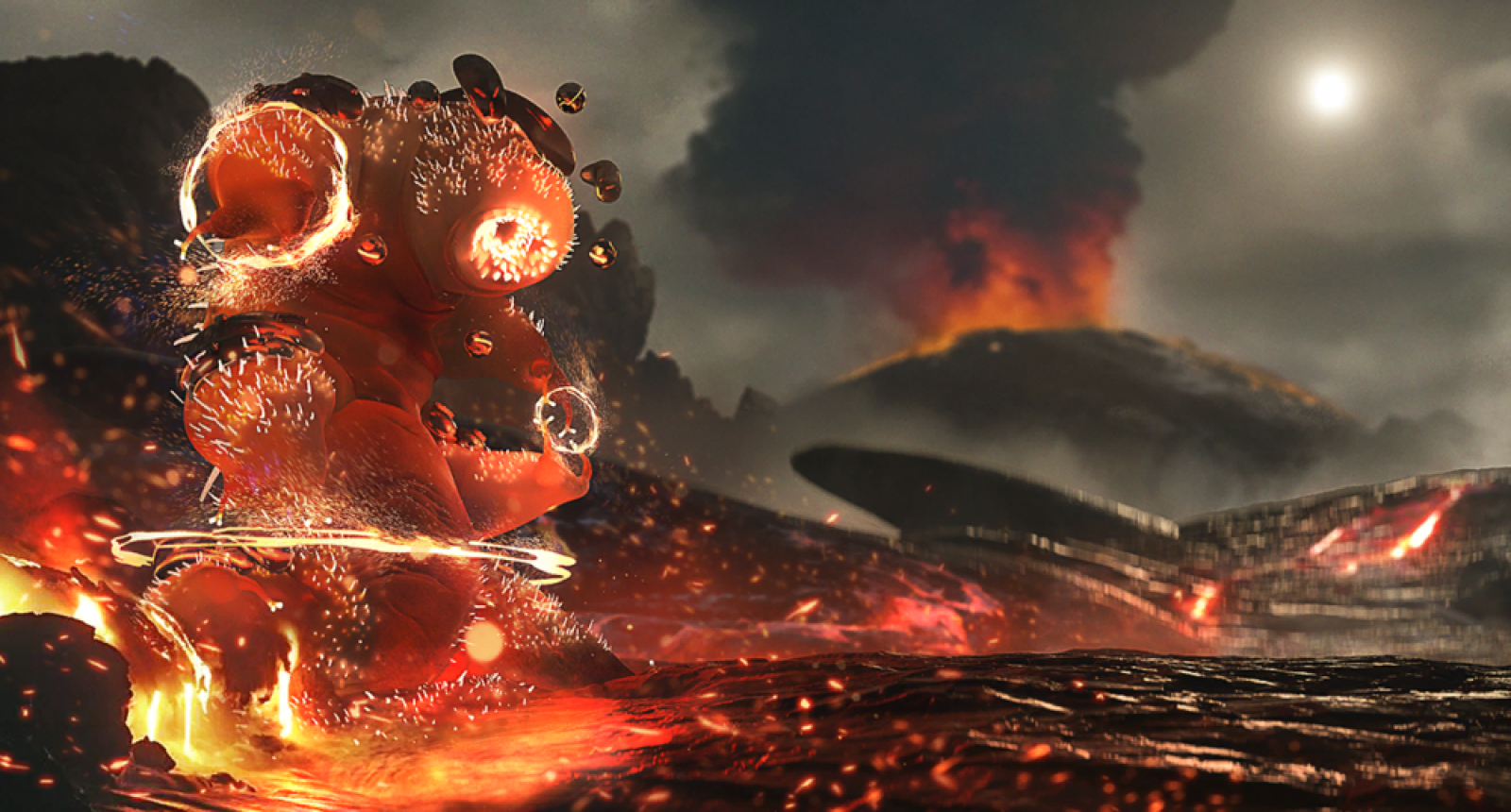 A rugged, resilient species, the Kalmat are masters of survival, surviving not one not two, not three, but at least six separate extinction-level events, including five Great Cycles and a genocide by the Akhaale. Each time they have been reduced to stone age levels, left to crawl their way back to civilized status, on the often tumultuous and hostile worlds they call home.

The Kalmat possess a tardigrade-like body, possessing a short, rounded body with six powerful limbs that can work as arms or legs. Despite their small size, they can survive immense pressures, radiation, acids, heat, and even survive in the vacuum of space. Having evolved on an extremely high gravity planet gives them monumental strength when outside of it, though they are still somewhat slow due to their muscular and skeletal limitations.   The Kalmat have no-known life span, though there are no known Kalmat who retain much knowledge of before the last Great Cycle.   While able to live just about anywhere, Kalmat prefer young, molten worlds, as the abundance of volcanoes suits their lithovore dietary needs.

Despite their age as a species, there are few records of Kalmat history. It seems in all five cycles they have survived, they haven't obtained a sufficient technological level to leave a noticeable mark on the galaxy. This is perhaps due to their preference of hostile environments, and being so durable that there is few avenues to truly improve their life.   Akhaale legend holds that they fought the Kalmat during their early eras of space exploration. Likely biased against them, they claim the Kalmat were the aggressors and the Akhaale had wiped the foul species from the galaxy. At least the later part has been proven untrue again, as the Kalmat still survive to this day.