Lexander Corbin (More famously Lexander the 1st of Dawnia), born 9th of Crone's Wisdom, 30 AD, was a Cysteri nobleman and the first king of the Dawnian United Kingdom. He is regarded as one of Somnium's greatest military figures, having defeated four warring kingdoms in the brief period of 9 years during the Dawnian Wars of Conquest started in 10 AD. He started his military training under his father, Theodore III, then Duke of Dawnia, and was sent away to fight under Cedric Caine, King of Cysteriah during the Treacherous War against Ahrmoriah and Cimmeriah. After the unification of Seentria, an effort that took only nine years, Lexander declared the beginning of a new era and began to make plans for the expansion of his kingdom, but his life was unexpectedly ended by a mysterious assassin. Lexander Corbin gave his name to the lineage of Seentriaese Kings, the Corbins. 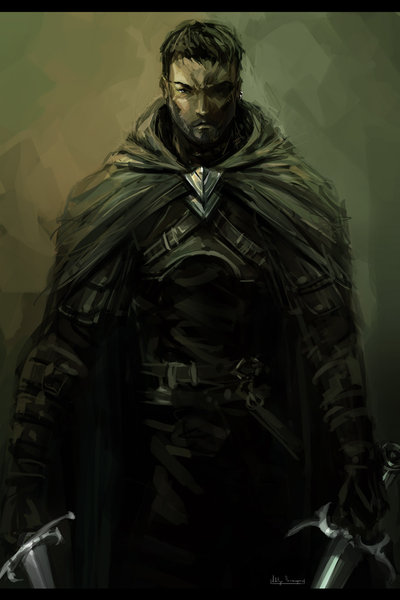 Species
Humans
Age
31
Date of Birth
9th of Crone's Wisdom, 30 AD
Date of Death
28th of Mother's Tears, 1 AR
Circumstances of Birth
Lexander was born in the month of wisdom, and it was prophesied by his mother he was going be a great leader.
Circumstances of Death
Lexander died unexpectedly, murdered by an unknown assassin, soon after managing to win the Dawnian Wars of Conquest and establish his Kingdom.
Birthplace
Duchy of Dawnia
Place of Death
Palace of Aabria
Children
Presented Sex
Male
Eyes
Ice blue eyes
Hair
Short, smooth black hair
Height
5'6''
Belief/Deity
Order of Light