Drawing is the way in which magic is used on Solivity, it is primarily used by the Wolves but can be performed by anyone who is taught not exclusively by the Wolves. The key aspect of how people Draw is to do with something called Rhean-Quean, more can be read here.


Why is it called Drawing?

It's called Drawing because of the need to guide these symbols into shapes and in certain patterns to bind them together. Kind of like an artist blending colours to make a new shade. Drawing is usually performed by the moving of a magical object, either your own body or a magically enchanted weapon, it is often worked into combat. It can be done completely mentally but is extremely difficult and is only done by the most skilled.

How does it work?

Drawing works by utilising essences present within the world called Qi. Mixing certain Qi and energy you can make various effects happen. When someone wishes to makea drawing, mentally they will "draw" the Qi out of things around them, be it their general surroundings or from specific items. Typically Drawing is performed with the use of weapons or something to focus with. To a complete novice you will see lines of respective colours which have a slight haze and blur to them, you'll pretty much be drawing exactly as instructed. Once you are adapt enough in drawing in both the theory and practice side to it you will see past the blur. An essence is made up of many individual parts, let's break down one as a example.
There are roughly 100 common Qi with many more uncommon. Most common Qi will fall within the real of the four primary elements, Fire, Air, Water and Earth. These Primary Qi are made up of a collection of other Qi. Anything in relation to Earth will have the Earth Qi Ei present.

Qi, (pronounced Key, Symbol is a Q), in a simple term are matter. Everyone and thing are made up of Qi and with the use of Drawing and energy they can be manipulated to an extent. Qi have always been present on Solivity but due to past events the amount and strength of Qi are severely dampened compared to before the Aeon War. While they make up everything, Qi don't have any form of physical presence. By themselves Qi are a more ethereal precense in the world, they can however be stored with the use of Etchings.

Etching is the act of inscribing something with a Drawing in order to enhance the object. The weapons Wolves recieve during their training contain etchings to help them generate more energy. The most common use of etchings are to grant a vessel the ability to store Qi.

Importance of movement and Drawing Focus'

The importance behind movement and how it makes drawing easier is also a very simple premise, it's about control. Control over Rhean but also over your own mind, you need to prove to yourself you are the master of your own mind not some magical power. Moving makes it easier to cast as well because of the kinetic energy you are building, energy plays a big role in magic; as magic itself is essentially just another form of energy. Creating extra kinetic energy will both increase the ease of drawing as well as the intensity. This is it due to the energy being converted into the needed energy for that form of magic. Because it is so seamlessly brought into combat, the combat forms of the wolves are seen as sort of dances flowing like the wind or bending like bamboo.

The Laws of Drawing

Drawing cannot be used to create or destroy matter, but instead change it.

Qi cannot be manipulated without a form of energy transfer. Kinetic, gravitational, thermal, and chemical energy can be used to fuel a Drawing. The energy is consumed and converted to fuel the Drawing and allow the Qi to be manipulated.

Drawing cannot be performed with a lack of Qi, the amount of Qi needed for a Drawing varies depending on the complexity and strength of the Drawing. A simple drawing will require more Qi than usual if more energy is input into it.

Your mind will associate colours with the Qi that you pull into the air. You would see something similar to the below image, until you've gained a better understanding of Qi. Once you learn these Qi, you in your mind can assign them to the different groups, in doing this you will then be able to hold up a flower and pull the Qi from it to use to Draw. 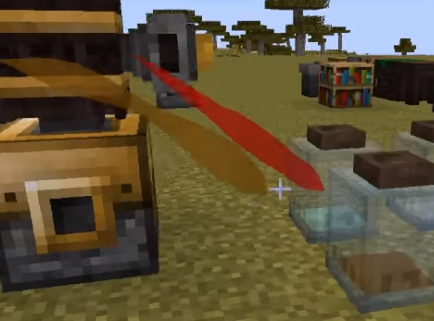 Once you have a better grip on Qi and have been Drawing with it for a while, your mind will isntead associate Qi with the images you've come to know for them. Instead of flowing colours, you'll see the Qi's symbols in the air flowing into the Drawing.
This means it portrays it as a blur, but now you have studied Qi and know what they are and what makes what the symbols you have seen associated with it will be what you see when drawing upon certain Qi's.

Since the Aeon War, magic is sort of depleted. Magic users aren't as strong as they used to be as well as not as common. Currently magic is locked inside the earth, opening the gate will flood magic back into the world reawakening some sleeping species.

For a more advanced look at Drawing, please refer to the Advanced Drawing article.
Drawing