Armor of the Bear Squad

The Armor of the Bear Squad is worn, predictably, by the Bear Squad, an elite group of 8 druids in the paramilitary environmental justice group The Mycorrhizae (my-cor-rye-zee).   Since it is worn by druids, this armor is made entirely of leather and natural materials. Although the design is primarily one of function, there are some details that elevate it beyond standard leather armor. The most noticeable is the embossed bear paw on the breastplate. The shoulder pauldrons and faulds around the hips also bear (ha) an embossed leaf design.   Each member of the bear squad wild shapes into a different species of bear. The bear paw on the armor is painted a different color for each member based on their bear. For example, Roose is the Polar Bear, so his paw print is painted white.   Carson, the field leader, wild shapes into a Brown/Grizzly Bear. Her paw is left unpainted, but no one notices that because she wears a tank top over her armor. The tank tops all feature aggressive environmentalist slogans and were all t-shirts at one point that have been cut into tank tops. 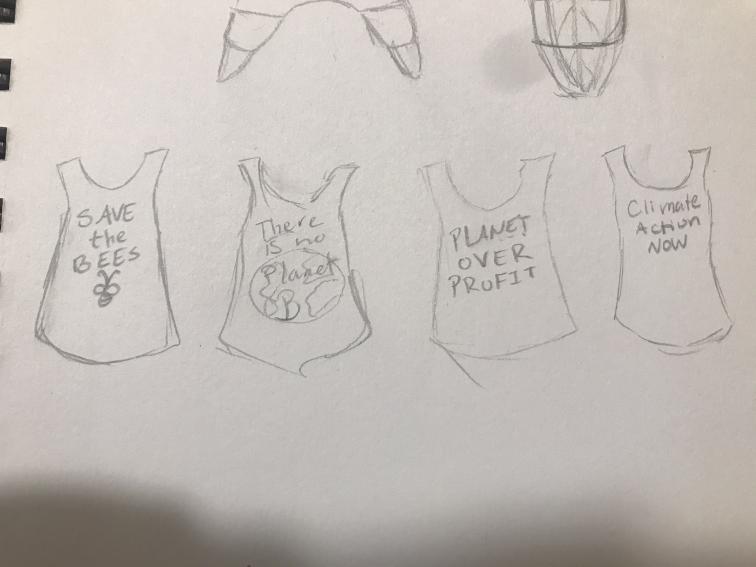 Some examples of Carson's tank tops

Made by other druids in the Mycorrhizae who specialize in leather working. 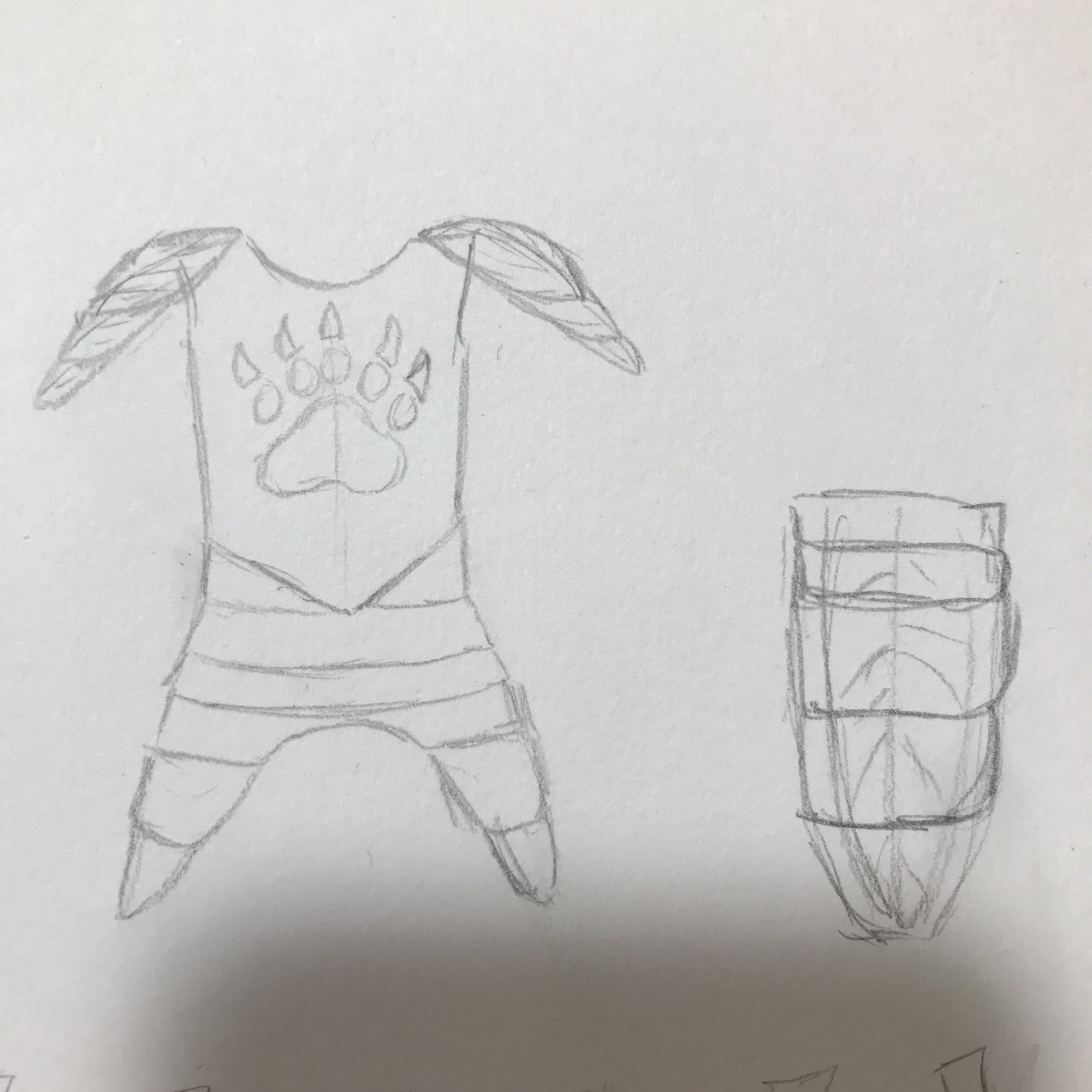 Leather Armor. Note the close up of the shoulder and hip leaf design.
Item type
Armor

Nice drawings and a fun article. I like how the leader wears those tank tops xp Really gives another spin on druids :p

Nice article! The tank top are funny and a nice touch :D What are the leather armours protecting against and are they efficient at providing that protection?   Small note: you need to add the artist credits or you'll be disqualified from the challenge, even if you're the artist yourself :p

This is a fun exploration of the bear squad. I want to know about the other members too.