How to take care of your chickens

When people speak of religious books, oftentimes they think of tomes of myths or hymns, serious in tone and with no other practical use than to spread the word of a particular deity.

How to take care of your chickens is not that kind of religious book.

Belinda is not like other deities. As the other deities have grand tomes of how splendid Their actions have been, the Goddess of Death and Chickens has no such thing. Her holy book is more an instructional guide on how to take care of Her children, the chickens, than a collection of myths. The book does include discussions around topics on chicken keeping seen in a religious way, however.

As the prophet Dheiku was visited in his dreams by the goddess Belinda and got the holy task of spreading Her word, he realized it would be wise to write the words down. This was both done to make the words easier to spread and to make the words outlive Dheiku himself. Additionally, word of mouth might change the mening behind the words in a way that might not happen if the words were written down.

The first edition of this book was hand-written by Dheiku himself, and over the next decade he hand-copied another four copies. These were distributed to interested travelers to spread the word further than Dheiku could on his own. Some other hand-made copies were made from these copies as more people saw the practical use of having one such book in each community, and after about two centuries the book had spread all over the country.

How to take care of your chickens was one of the first books to get mass-produced when the printing press was invented.

In the beginning the book got a lukewarm response. Everyone knew how to take care of chickens, after all. Though, it soon became clear that the book didn't only describe the ordinary care of chickens, but also how to tend to sick chickens, and what kinds of sicknesses were possible to recover from or not. As this became more known among the general population, the number of copies rose - though, this was after Dheiku's time. He never lived long enough to see his book become popular.

How to take care of your chickens 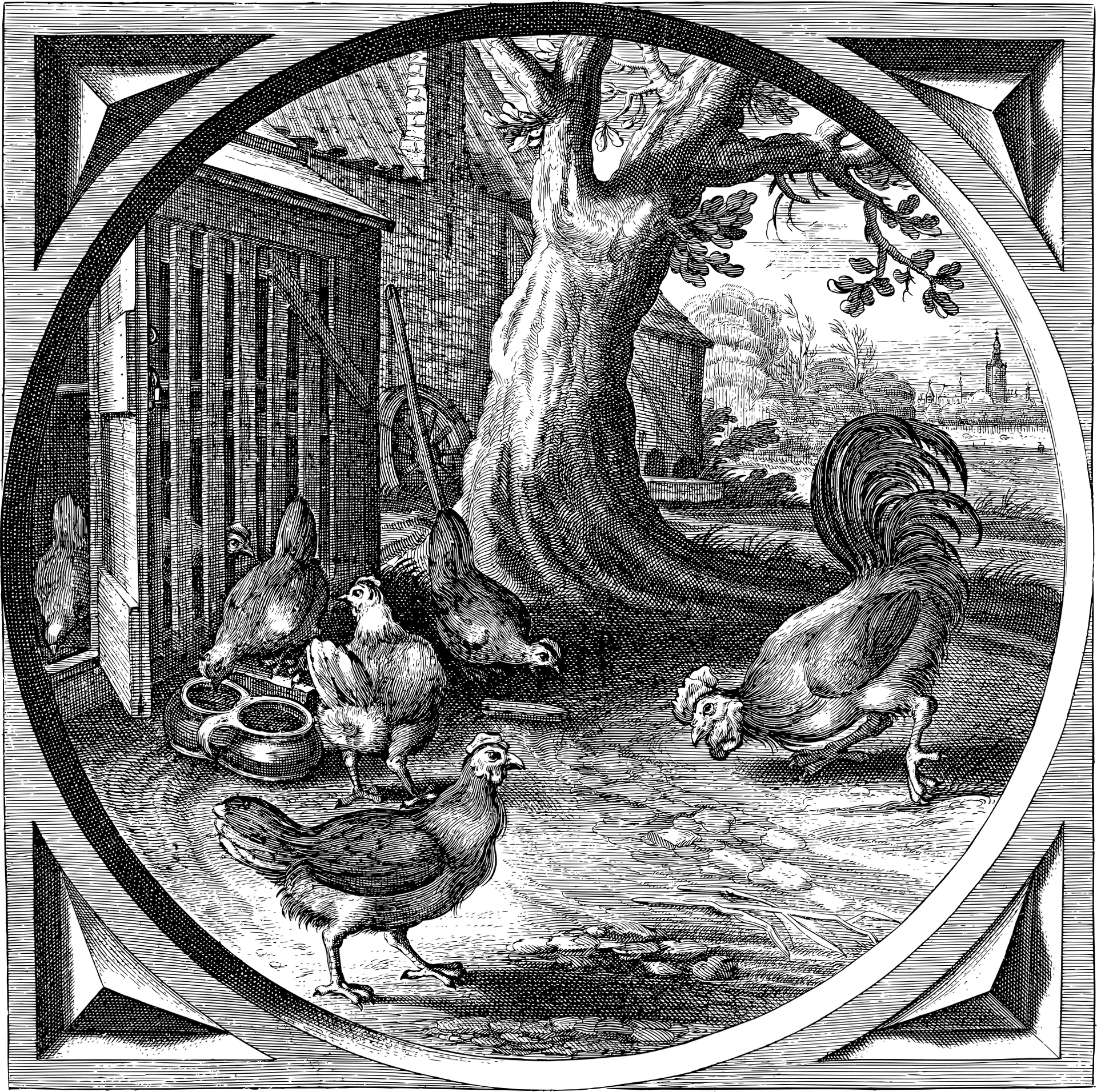 In the words of Her eminent Self, Belinda has stated that those who take good care of Her children will have Her protection. It is therefore wise for anyone who own chickens to make sure they're cared for in the best way possible.

Now, who am I, and what makes me qualified to write a guide like this, you may ask. As a devout follower of Her Feathery Divinity I was chosen by Belinda Herself to pass on Her word to as many as I could. She appeared in a dream one night and said so Herself. The decision to write a book was an easy one - although not everyone can read, the words I need to spread will then be possible to spread by more people, even after my death.

In addition, I have had a fair share of chickens through my decades. I have a bit of experience in taking care of them. The information I didn't know from my own experience that is included in this work is either from asking people who know about this, or from Her Feathery Divinity Herself.

Some would argue that since chickens are considered holy as the offsprings of Belinda, why would it not be taboo to kill and eat chickens?

This is a valid question, I believe. It would make sense that killing chickens for food would be a taboo. Yet, Her Feathery Divinity is generous, and has spoken to me in my dreams about this. Without humanity to keep chickens Her children would be doomed to live in the woods, hunted by predators and dying from illness and harsh winters at a much higher rate than they do in our coops and gardens. Even though individual chickens are killed to feed our families, chickens as a species are living under much milder conditions.

Type
Text, Religious
Medium
Vellum / Skin
Authors
In response to the prompt Tell us about a religious text in your world

Belinda sounds like my kind of goddess :D   Such a funny article; I love it :D

I'm loving both Belinda and her texts. This is awesome!

Nice article! Love the writing style and it made me laugh :)