Ashen Hollows by Artbreeder
The Ashen Hollows is one of the most famous and widely explored warped lands. Located in the southern part of the mountain range that delimits the region on the eastern side, it consists of a series of valleys surrounded by steep and jagged mountains at the bottom of which massive rivers of lava flow without any apparent volcanic source.

Navigating the Hollows is a feat few people are capable of. Luckily I'm one of the best explorers of the Empire, and these valleys are no match for my keen sense of direction. Plus everybody knows that you can practically walk on lava if you are quick enough!
— From a partially burned page of the diary of Master Explorer Doh'Ra, found dead half submerged by solidified lava 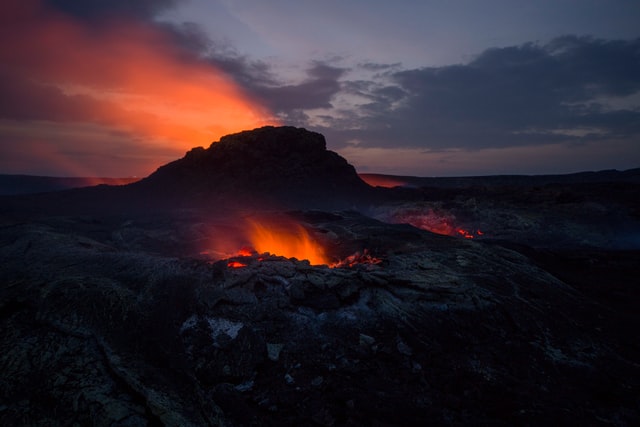 Lava by Pierre-Yves Burgi
The charred valleys and rocky gorges that form the Ashen Hollows might seem fairly easy to navigate at a first glance. The glowing rivers of lava are indeed pretty easy landmarks to spot. However, as many explorers realized with horror during the last moments of their lives after taking a wrong turn and falling in a lava pit, the many interconnected tunnels eroded by centuries of lava flow, the sudden sheer drops, and sharp obsidian rocks, make crossing the Ashen Hollows a very complicated undertaking.   The peaks that create the valleys are similarly dangerous. The energy burst that created the Ashen Hallows left them jagged and the continuous erosion of the lava below makes them at risk of collapse. Frequent earthquakes shake the region, and new mountains emerge over night, making the Ashen Hollows an ever changing landscape.

Although usually volcanic soil is very fertile, the arcane origin of the Ashen Hollows prevents any kind of non mutated life to take hold. The landscape is charred and barren, and very little life can be seen on the surface, except for flying creatures that might decide to use one of the peaks to create a nest. In the tunnels beneath the mountains and beside the lava rivers and lakes, however, life is indeed present, and very much dangerous. Mutated flame infused animals, fire elementals, and, as the legends tell, even red dragons dwell in the fiery depths of the hollows.

Obsidian has many uses in the world of Shandar, making the Ashen Hollows a very precious mining location for those with a lot of courage, or a lot of money to invest into mining expeditions. 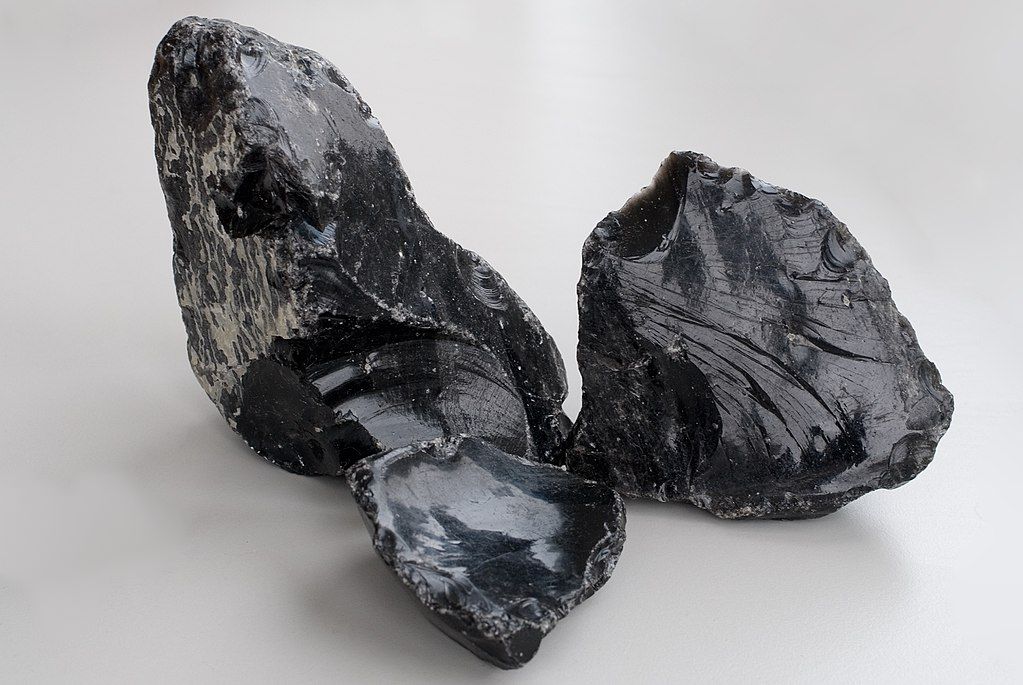 Obsidian by ArnoWinter
Plain obsidian however is not the most precious resource that can be found there. Legend says that an intrepid miner once dug deep in one of the gorges and found a vein of what they called Warped Obsidian, a material so hard it could easily penetrate any kind of metal. Nobody really knows if the legend is true, however, as the miner mysteriously disappeared short after, the location of the vein never revealed. It is said that the miner was last seen selling a pitch black sword to a wealthy noble, before heading for another expedition to find more of the legenday volcanic glass. Nobody knows the current whereabouts of the sword.
Alternative Name(s)
The Hollows
Type
Gorge / Rift
Location under
The Sleepless Coast

Yes yes, we are planning a mining expedition to the Hollows. No you cannot bring your daughter, it's dangerous.   Please sign here to release Thorm's Expeditions from any liability in the event of grave injuries, burns, loss of limbs, or death.   Thank you! You may now queue for the next week advance pay, you will need to purchase the mining equipment. May we suggest Thorm's Miner Extraordinaire, right across the street? Bring your copy of the signed waiver for a ten percent off Thorm's Anti-Burns Lotion.   NEXT!

Thank you! It's a nice spot for some fire based adventures :D

That partially burned page is my favourite bit I think! Plus that mysterious sword sounds epic! Great work. Can't wait to see more over WorldEmber. :)

Nice holiday spot! You can get a perfect tan as well! :D

I hope you take this as a compliment - there's something about your writing style that reminds me of Q's. I think it's the touches of humour sprinkled through the otherwise serious article.   Rest in peace, Doh'Ra.   I really enjoy the bit about the fact that while volcanic lands are usually fertile, this is not the case here.   I also really like the potential plot hook with warped obsidian and the mysterious black sword. Intriguing.

Thank you! I do take that as a compliment, considering that I'm brand new to all this writing thing :D   And yeah, plot hooks abound here! Even just exploring the ever changing landscape to find a way out could be an adventure in itself. It's cool because I wasn't really thinking about these things while writing the article, they kinda came to be by themselves!