Elyis' stomach turned as he looked over the edge of the city. The desert looked a long way down from here. "Very far down," his guide confirmed. "About four thousand six hundred Units, actually. You'd be dead from this height. Well, you would without wings." They smirked and flexed their own wings as they said this.
Elyis groaned and shook his head. "Let's just go inside."

Scyll are a bipedal, hermaphroditic, mammalian species with bilateral symmetry. They have two patagial (bat-like) wings on their back as well as two arms and two legs. Their bones are hollow to allow for easier flight, and they have no outer ears, only two holes on each side of their head, which can be opened and closed with a hinge-like muscle. Their blood is a vanadium compound that is yellow in color.

A Scyll pregnant for the first time will almost always bear a single infant. It is believed this reduces strain on the body for the first pregnancy as the body is not used to providing for additional beings. After the first pregnancy, Scyll infants (or pups) are born in groups of two or three. They are unable to eat any food except milk for 1 Standard Year, after which they may begin a normal diet of bugs and plants. Scyll pups are considered to have reached the adolescent stage when they are able to fly on their own (usually after 20 Standard Years or 10 Scyll years). Adulthood is reached after about 32 Standard Years(16 Scyll Years).

The Scyll are an omnivorous species. Their most common foods in their diets are from the large bugs, birds, and plants native to the mountains of Nimbus.

Perceptive Sight: Can only see in the Irisian ("Visible") Light Spectrum, but can recognize faces and other details from 1 hectaunit (102 meters) away.
Perceptive Smell: Scyll have about 75 million olfactory receptors. They are one of the only species that can tell pregnancy just by scent.
Basic Hearing: Can hear frequencies from 1,000-100,000 Hz, but have difficulty hearing softer sounds due to not having traditional outer ears.
Basic Touch: Can detect textures down to 1 mircounit (10-6 meters)

Last names tend to have to do with occupation, and change based on a Scyll's job. Examples include LeTocin (the doctor), LeMupro (the solider), and LeHosa (the priest) . Last names may also be ceremonial or titular. For example, Fulnine (lightning user) had the last name Vulind (from the swamp/marsh) before he created the Windpipe .   Fifteen Most Common Scyll Names

In general, darker skin is considered to be more healthy-looking. Healthy wings (in terms of cleanliness and muscle health) are also considered very distinguished and desirable.

Dating among younger people has become more common since The Warphole Convention and other planetary influences have spread to Nimbus. However, it still does not tend to lead to marriage, due to the strong tradition of Bondra, or Scyll arragned marriage.

1: There is a theory that this stems from the time when only the wealthy could afford dye. 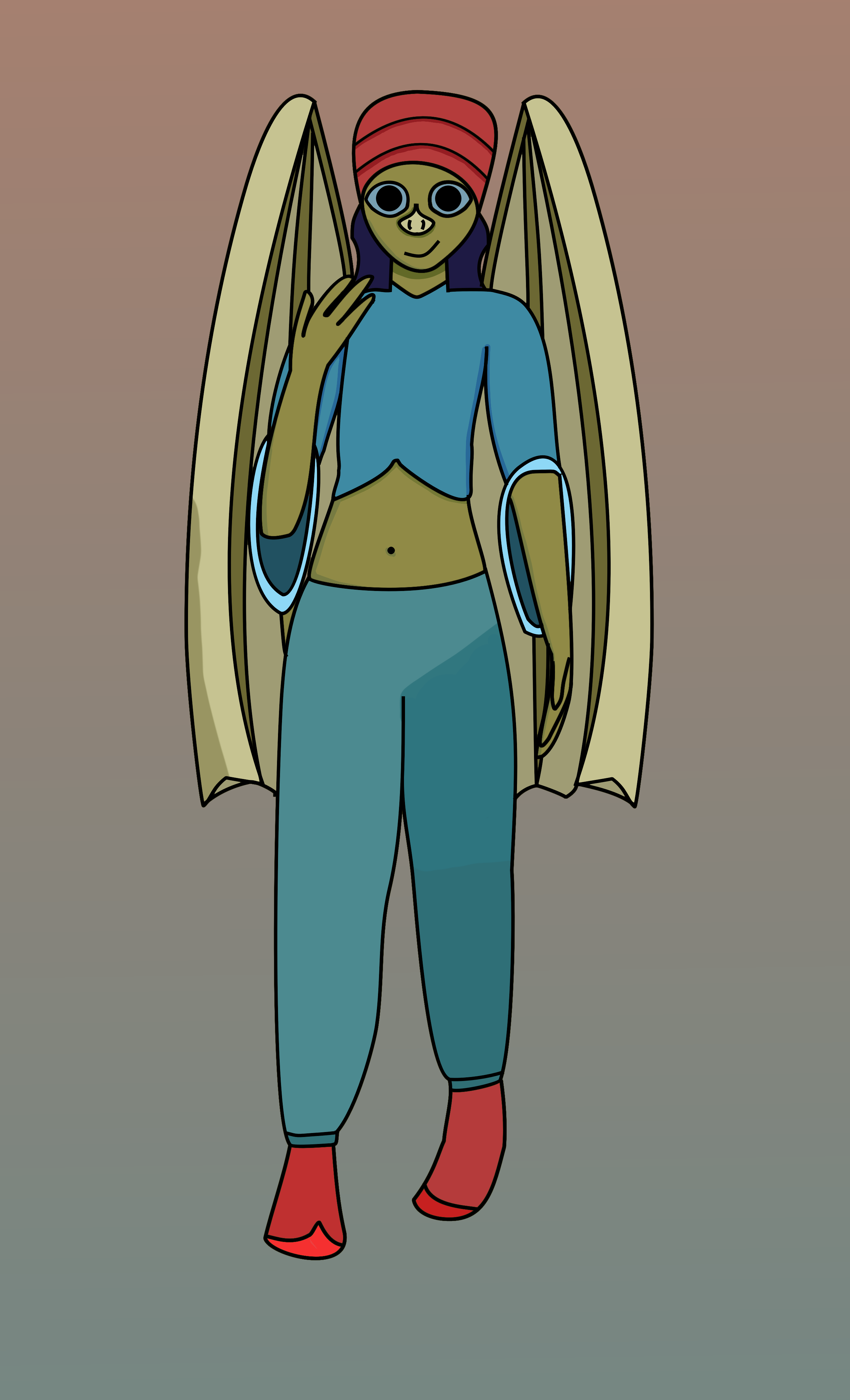 A note about pronunciation: Scyll is pronounced "shill".