Tobias Felix, born to the nomadic river folk of the serpentine Delta Tobias Felix quickly learnt what it was like to be an outsider. Barely tolerated for the exotic goods they peddled but shunned for their strange traditions, his people only found short welcomes wherever they berthed their colourful river barques and stands. Tobias' elders would shrug and tell him that this was just the way of the world but the clear prejudice always stuck in Tobias' craw.   Tobias found his calling in the gambling tents, between games of chance and skill like Mortwheel, Stabberscotch, blackjack and Poker, when he first picked up a deck of playing cards. Years earlier, his superstitious grandfather had shown him how to read omens in the shuffle and cut, while his aunt had later taught him how to read all an opponent’s tells. Between the two, Tobias took to the high-stakes game of Krakenhand like an old master. He could almost feel each card’s place in the deck, and follow their movements through each successive hand. He was often accused of cheating, but it was difficult for anyone to explain exactly how.   Finally, one night, a group of men who’d lost their fortunes to young Tobias returned in the dead of night to settle the score. They came bearing cudgels and, emboldened by cheap rotgut, went from tent to tent in their search for him, beating down any of the river folk who got in their way. Fearing for his life, Tobias turned and fled into the darkness. When dawn came, the lad sheepishly crept back to find his people breaking down the camp. No one would look him in the eye. He had thought only of himself, and left others to face the consequences of his actions.   Tobais was exiled for what he had done, he was left with naught but his Grandfathers old deck of playing cards clutched in his hands.

Tobias grew to manhood as a drifter, trawling the gambling halls of every town using his Para-natural skill to earn enough coin to survive. Across one table he met a deplorable fellow named Malcom Graves.   Each recognizing a kindred soul, Tobias and Graves quickly joined forces, and the two of them spent years running various… dubious endeavors across the northeastern coastal towns, and beyond. With every con, swindle, and heist, Tobias felt the pull of the cards growing stronger, and he knew it was more than mere gambler’s luck that guided him. His people had always waved away concerns over primitive magic and “cartomancy”, but now Tobias began to seek out ever more dangerous means to bend the cards to his will.   During one heist gone wrong Graves was caught alive while Twisted fate and other accomplices ran free, although he tried to break Graves out, he failed. Instead to begin again he returned his birth name to the river and took a new one: Twisted Fate.

After that, Twisted Fate continued to ply his criminal trade in the high parlors and low dens of every city he visited, though without his partner to help him, he tended to find himself cornered far more often. Indeed, he was imprisoned with great fanfare too many times to count, yet no cell ever seemed able to hold him for long; Twisted Fate was always gone with morning’s light, leaving only a mocking calling card to confirm he had ever been there at all. 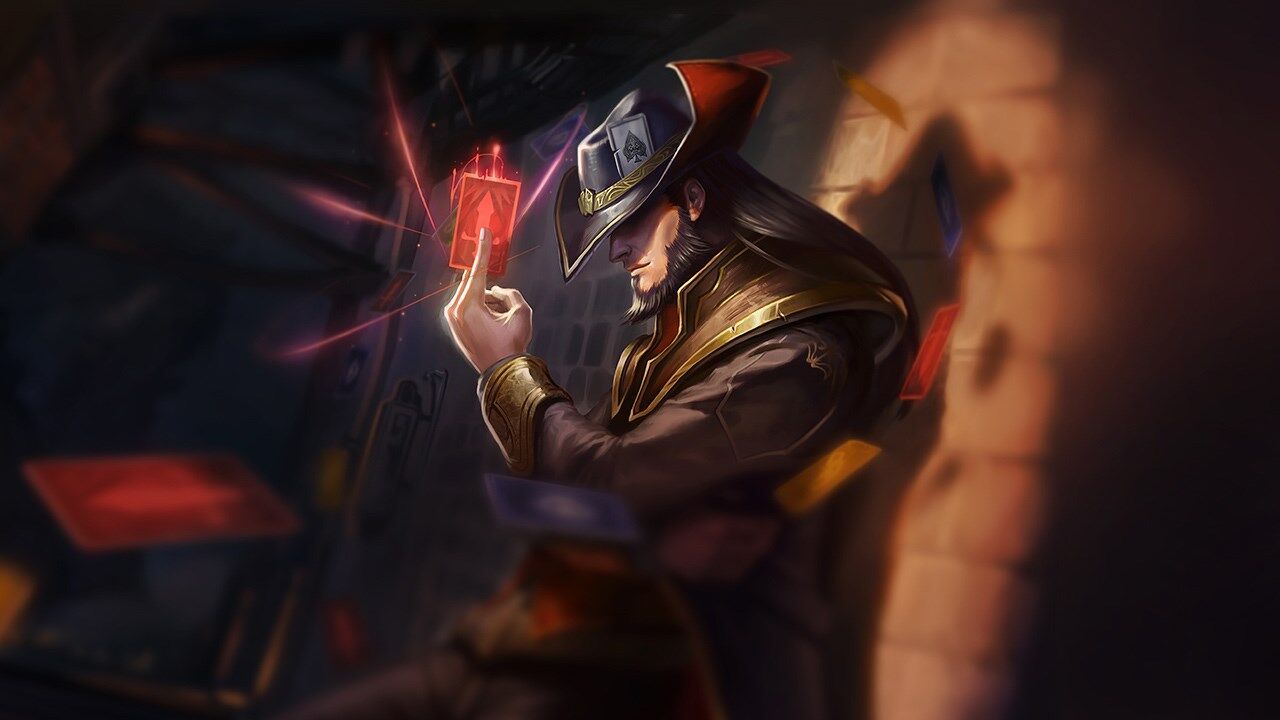 Remove these ads. Join the Worldbuilders Guild
Notable people
In response to the prompt I'm a thief in your world and so far I've never been caught. Who's my next target?