A great hall, the first part of the castle built, little has changed as the building has been added on to over the millenniums.   The walls made of thick large bricks stacked with care to create a room that is 60 pēkhys wide by 180 pēkhys wide. While the ceiling for 150 of the pēkhys is 30 units tall, the last 30 arches up upwards in beautiful abutment who's peak is almost 60 pēkhys.   There raised dais encompasses the back 20 pēkhys of the room with deliberate uneven steps leading up to a great stone table that is 20 x 10 pēkhys, letting the ruler and their console sit, backs facing the wall as they proceed over the court and all of the events.   The stone throne, carved from the floor, has also not changed much through the years. The throne was a place for him to sit while he took care of business.   There is a chair for every advisor, and during the time periods when there was less advisors allowed guest of honor to sit at the table during events.   Along the back wall chairs are added for when new advisors for the heir, as well as the heir, are chosen and become of age.   14 pillars that hold up the roof are actually clear columns that are filled with water and have creatures that float and glow based off their age.    The throne room is used for multiple purposes that have grown less as the castle was built upon and rooms added for such purposes. On each of the long walls are 8 hearths, one being on the dais. When not in use several basic tables are stacked towards the front of the room with benches also stacked.   Normally there is a few tables in use pushed against the wall with just one bench so that people can sit and work without leaving the room if something needs to get fixed in a pinch. There is also benches towards the back that are used for people who need to sit down to wait their turn to talk to console or just want to sit and listen. Everybody is free to ask or just take another bench from the stack. Court is always public, not just around the holidays.   The stones are grey washed, and mostly covered in tapestries commissioned by the current sovereign and their parent.   There is one large tapestry behind the throne that the sovereign commissions in their last years of ruling to be hung up for the duration of their child's reign. This serves multiple purposes, reminders, encouragements, whatever.   Many a quest have been started in the throne room for various reason. Plenty of drama too. When asked why the sovereign always sends out young adults who may or may not quite be of age the answers are always the same. "Can you think of a better way to prove you are an adult and worth a title?"

The most valuable things in the room that isn't carved from the foundation itself is the tapestries.

The steps leading to and the floor of the dais itself is uneven.

Those of us looking into this world would find the architecture a curious blend of almost all of the ancient civilizations put together.  It's as if someone took all the knowledge and picked the "best" features or at the very least favorite features, and put them together.

The dais floor is deliberately uneven. Though never used, the intention was, fighting someone on the dais, unless they have spent much time there and have learned the floor would be at a disadvantage.   The large tapestry behind the throne most importantly, it hides a secret door, only known to the royal family, which leads into a passage, from the inside has no marking to show the door there, that tunnels through the castle.

During the first sovereign's campaign to unify the world under one nation so that all who lived could be protected and taken care of fairly and justly, he was in constant communication with the god. Asking for advice on what to do, how to rule.     He was playing a very long game.  He wanted to set the foundation, a legacy, that would last forever.    The god describe the idea of a castle and he took to it almost immediately, but decided to only start with one main room.  Let his line build upon it, each doing their part to leave the world a better place.   When it came to his throne he decided with stone carved from the foundation and deliberately having it be uncomfortable helped him keep focused on what he needed to do. He never wanted to be lax and not have his people's best intention in mind.    He was more than a bit paranoid, while he knew once he completed his task there should only be peace, he still decided to build defenses that the god has told him about.  Abstract, minor things that would hopefully go unnoticed unless they need to be. As long as those who needed to know knew, there should never be a problem.    it would be more than 3000 years before it fell into ruins.

While in use, it was a common spot for pilgrimages.  Many people wanted to visit and see their ruler for various reasons.   Once it fell into ruins, not many people visited it.  A nearby forest overtook it and it became very hard to find. Few do, but very few.  Believed to be nothing more than a myth.  After all, who could unite a world under one ruler?
RUINED STRUCTURE
3500
Founding Date
700
Alternative Names
The lost castle
Type
Great hall
Parent Location
Senete Castle
Environmental Effects
Stone interior, very plain and simple.
Owner
Senete
Ruling/Owning Rank
Sovereign
Owning Organization
Senete Royal Family

A pēkhys is an ancient Greek the standard forearm cubit that measures out to 18 inches or about 45.72cm. So 60 pēkhys is 90 feet, and 180 would be 270 feet. I wanted to use an ancient form of standardize measurement that would translate well into most ttrpgs. 2 pēkhys is a yard, or 6 feet or 91.44cm. With the standard d&d map being in 5 foot squares for the last few editions, this adjust fairly well. Until the more modern era when they do in fact some how convert to the metric system I think I will chose to use the pēkhys   The table being 20 wide should sit about 13-15 people one side if you use the standard measurement of giving people at least 2 feet to sit. so 30 feet, 15 people, let the throne have a bit more space, and you get 13 or 14.   As for the carvings, there is room for 60.   Please note that I am not an engineer and if I am using the wrong words to describe things it is entirely my fault. Feel free to point, laugh, and then write a comment with the corrections. 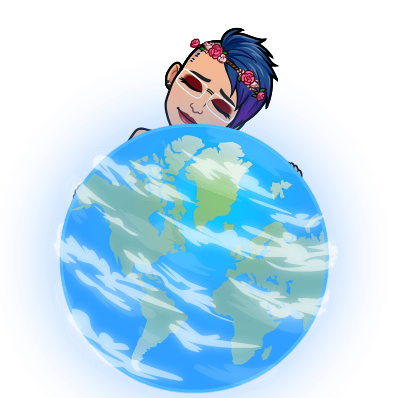 The sovereign who brought the world together and created the throne room really believed in transparency.   He wasn't a divine ruler, yes, the god was by his side, but at the that time, everybody had a one on on relationship with either god, smaller population, younger world.   Everybody was encouraged to come to ask for help with a problem they couldn't fix on a local level, or just watch and made sure that the leader is doing right by the population and not lining his pockets.   And his line does rule, for over 60 generations before a major event happens and the time of chaos starts.   And the history goes on, this is just the start, just the heart of the castle, which grows and the whole thing just ...   I've spent so much time in this world, in this room....   I'm glad I have an outlet to share it.