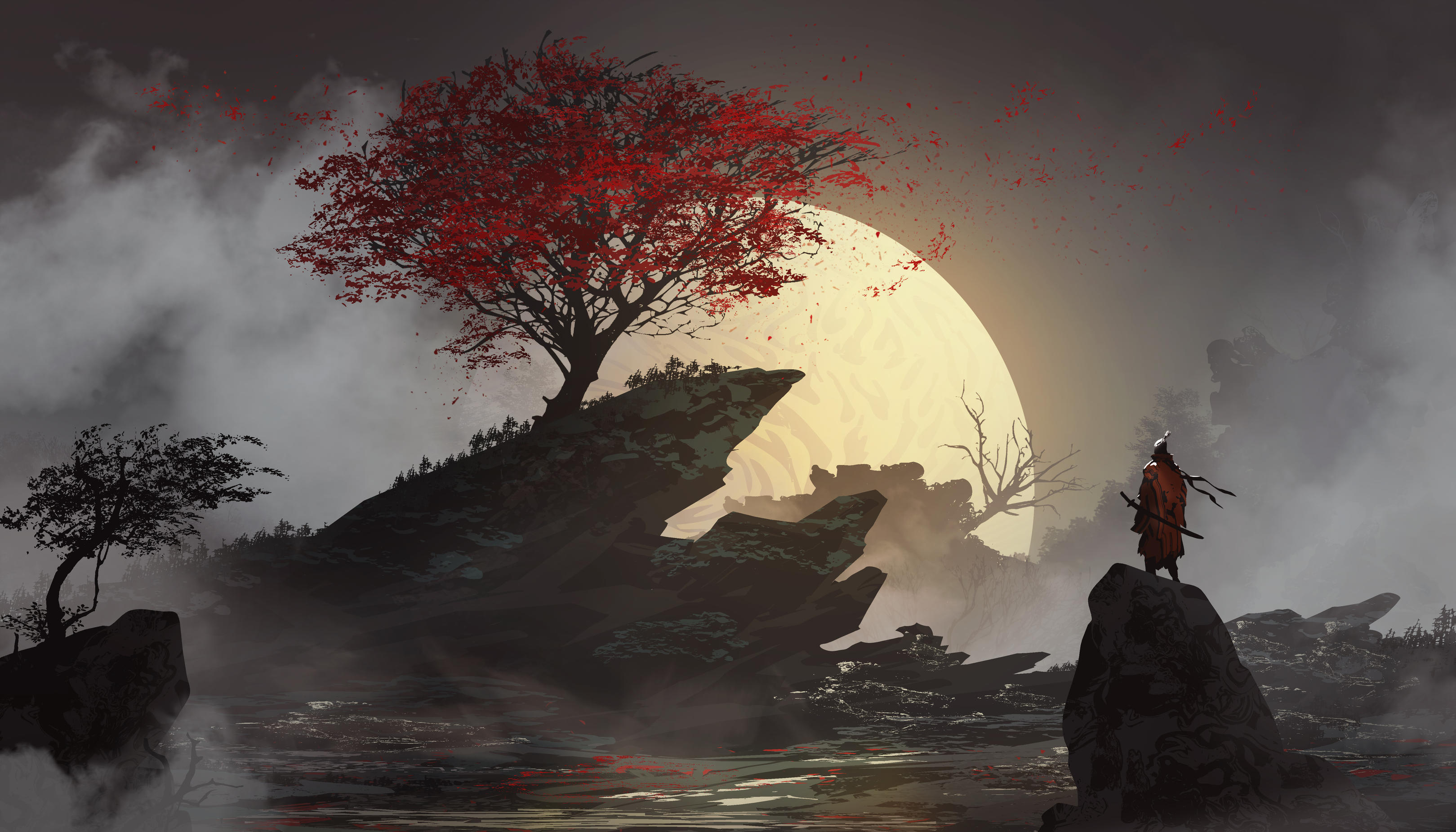 The Seven Great Clans all populate the region of Sen Yasukage, a coastal domain far east where war, treachery, and fabled spirits are no strange find. Populating the coasts of the Gandarasu Sea, most of the realm's towns and cities serve under one of seven clans, each with its own history and allegiance ruled by a warlord. There was a time long ago when all of the clans ruled side by side as members of the Council of Clans, but said time is long forgotten. The clans' lineages have taken arms in an endless power struggle.   Now, the Clan of the Sun serves as rulers over most of the other clans, as well as a handful of other minor clans that move throughout the Great Planes. This is what the people call the Empire of the Five Clans, comprised of the Clan of the Bonsai, Firefly, Koi, and Lotus; all serving to the mighty Sun Clan. Their leader, the Emperor of the Eternal Embers, serves as head of the dynasty who rules over the Sun Clan's noble families and generals.   The stories of our ancestors are nothing compared to the profound elderly of the spirits who still inhabit these lands. Wars and lineages are nothing but a feather in time for these timeless beings, which give the creatures of these lands brawn and tenacity. The spirits come from a time long forgotten with mysteries and secrets long buried. The stories that these lands keep still endure beyond the shiny cities and prosperous towns. Mysteries awaiting to be unearthed.