From ashes and embers, We rise and remember.

Banner Credit: 8385
The Fironem is the southern kingdom of the Allentrian Empire. Its human inhabitants are firemagic wielders. It is also home to the phoenixes, who have elected to have representation in the Council of Nine; and the ifriti, who were hunted to near-extinction in the Seventh Age, and who have been distrustful of mortals ever since, now living in hidden, secret places far from human eyes.   Inhabitants of the Fironem are referred to as Fironians.

The Fironem is the warmest region of Allentria, and while its lowlands are dry and arid, at higher elevations and near the coast is sports beautiful tropical jungles and idyllic sandy beaches.   Most of the northern Fironem is desert land, although even in the hottest, dryest places it is still home to many resilient humans and animals alike. Its plant life had adapted to the scorching summers and dry winters, and many forms of cacti and succulents can be found in the deserts, which are water-retentive.   The Fironem's two most prominent and defining geographic characteristics are Mount Arax and the Chasm. Mount Arax is of great historical importance, and the Imperial Government has designated it as a landmark. It was home to Necrovar during the Second Age, and served as his headquarters while he fought the Great War. At the end of the Great War, the gods of Selaras wove a spell to imprison him and his followers; the aftermath of that massive, powerful spell split the land, and created the Chasm. The Chasm is a deep trench, a wound in the flesh of the earth that spans over a thousand leagues in length. Its deepest parts have not yet been measured or explored.   The Fironian coast is considered to be the most beautiful coastline in Allentria, and in the east it sports not only bustling port towns, but sandy beaches and jungles. The west is more metropolitan, and many cities -- both large and small -- pepper the rock shores.

The Fironem has many natural resources, and is second only to the Galantasa in terms of its minimg industry. However, while the Galanrian mountains are rich in natural metals and pure elements, the Fironem -- with its many volcanoes, creating heat and pressure -- is an exporter of gems and other heat-based commodities, including:
Oil
Coal
Fire Crystals
Coffee
Granite
Sandstone
Devil Peppers
Cinnamon
Turmeric
Diamonds
Type
Region
Owner/Ruler
King Embersnag
Owning Organization
Allentria 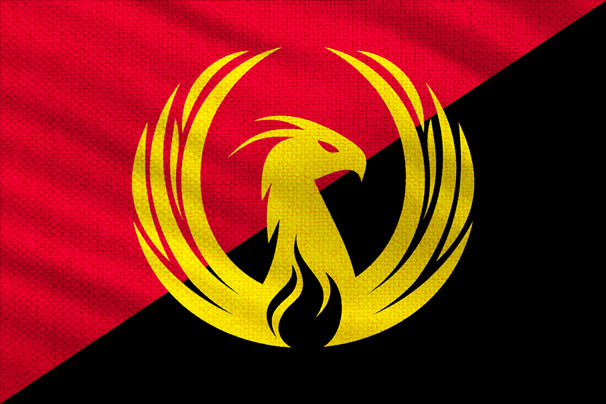