Welcome to Seireitei, a world of magic and power beyond what we know, but it all depends on your soul and how you harness that power.

The Shin'o Academy, sometimes called the Shinigami Academy, is an institution founded by Genryūsai Shigekuni Yamamoto. Located in the Seireitei, the academy trains Souls with spiritual powers for each of the three military branches of the Soul Society.

The academy was founded some 2,100 years ago. It is not under the direct control of Central 46.   Once known as the Shinigami Academy, the name was changed to the Spiritual Arts Academy when it developed into an institute for the next generation of the Kidō Corps and the Onmitsukidō, as well as the Shinigami of the Gotei 13. However, it is still referred to as the Shinigami Academy in the Rukongai.   The academy is a sprawling, multiple story building with architecture similar to that of the Seireitei. It has an open courtyard, many classrooms, dormitories and practice areas for Zanjutsu, Hakuda, Hohō, and Kidō.

The uniform of the academy is similar to the standard Shinigami shihakushō uniform, but with a different color scheme. The women's style consists of a red shitagi, a white kosode with red stripes, red hakama, white socks, and sandals. For the male version of the uniform, the red is replaced with blue. There is a circular symbol on both breasts of the outer shirt. This appears to be the emblem of the academy.

Admission to the Academy

Applicants to the academy must pass an entrance exam in order to be admitted, and likely must demonstrate that they have some Reiatsu. The entrance exam seems to be open to any and all who wish to apply, resulting in a wide range of individuals of all ages joining. The social classes of the applicants range from nobles and residents of the more hospitable districts of the Rukongai to its more barbaric outer regions. The results of the entrance exam are used to divide up the successful applicants into different classes, with those who obtain the highest grades being placed in the first class. At the start of the academic year, there is a welcoming ceremony for the new students. If an applicant fails the exam, it may be taken again.

The academy's curriculum is taught over six-years, though exceptionally gifted students have been known to graduate from the academy in less time than this, such as Tōshirō Hitsugaya, Kaien Shiba and Gin Ichimaru. In addition to a more general education, the pupils are taught how to control and make use of their Reiatsu, as well as the four major Shinigami combat forms: Hakuda, Hohō, Kidō, and Zanjutsu. Students also learn how to perform Konsō, how to communicate with the spirit of their zanpakutō, and are prepared for the general duties of a Shinigami. Upon completing the academy's curriculum, a student will then apply to join a division of the Gotei 13, Kidō Corps or Onmitsukidō.   On occasion, highly talented Shinigami may be admitted to a division, or even granted a seated position with a division before completing the full curriculum, or partake in missions with a division. The importance of the academy is undermined somewhat by the influence of the Great Noble Houses, as seen when Byakuya Kuchiki used his influence to have Rukia Kuchiki graduate immediately upon adopting her into the Kuchiki Clan, and arranged an unseated position with the 13th Division for her. 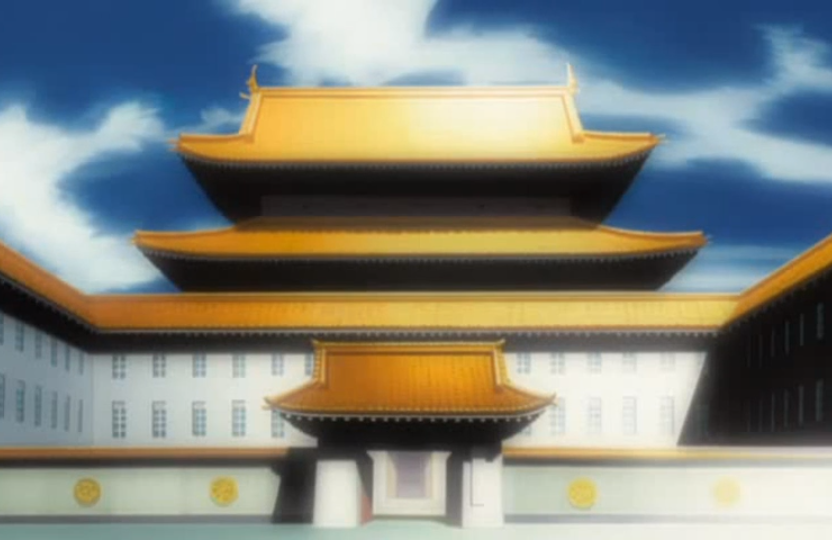