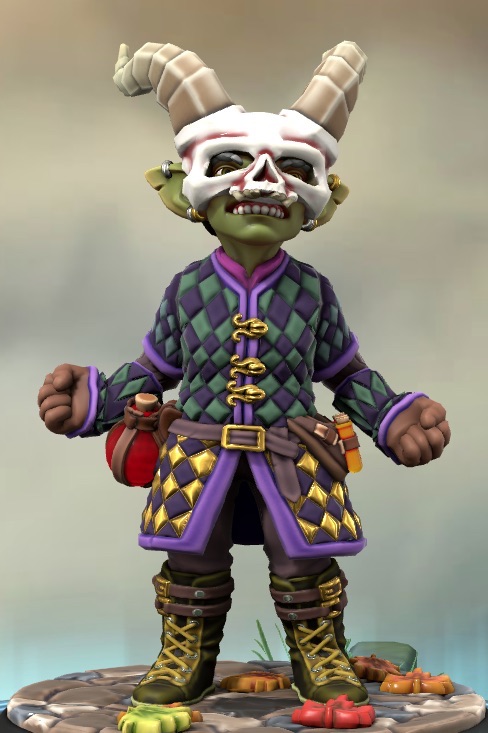 Priest Nopozu Ipiir   At the end of the eastern hallway was another Goblin, armed with a crossbow. 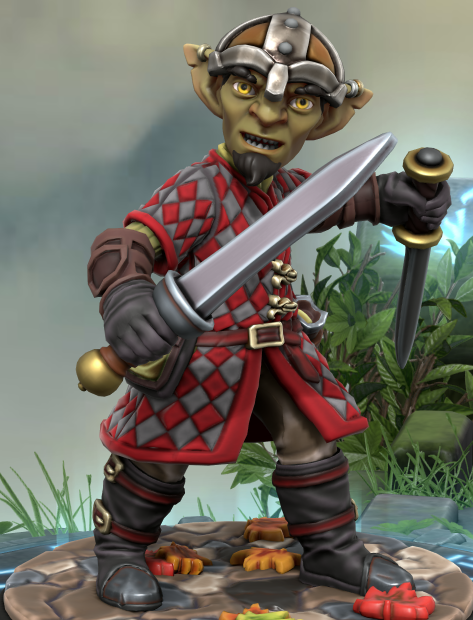 Goblin Protector   There were two robed Humans behind him, also each holding a crossbow and wearing a bone mask. 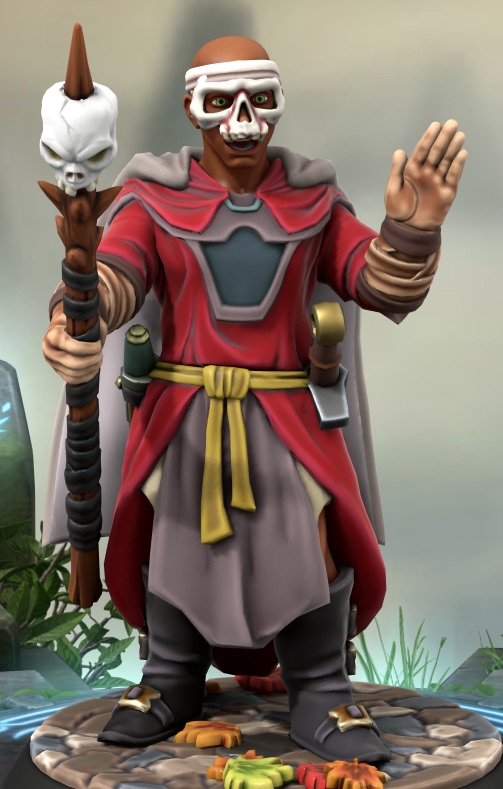 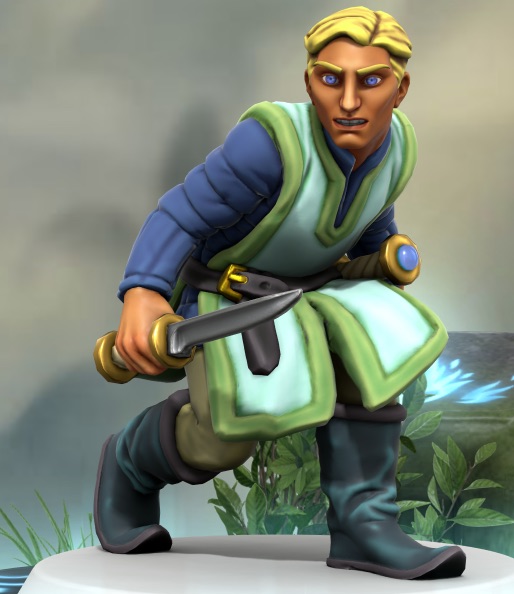 Priest Drenn Bakerson (without his mask)   The Goblin raised his weapon, aimed, and loosed. The bolt skittered off of the wall next to Taid, striking sparks. He exchanged crossbows with the Human to his right. He raised that crossbow, and Taid, Elitheris, and Eykit ducked behind the corner.   Taid checked the masked Goblin to the west. A crackling ball of fire formed in the Goblin’s right hand. It got bigger and brighter, then he threw it down the corridor. It made a roaring, whooshing sound, then impacted the floor by one of the openings. Eykit dove into the room at the base of the stairs, the explosion slamming him into the wall. He hurriedly patted out the little bits of embers on his clothes that threatened to burst into flame. 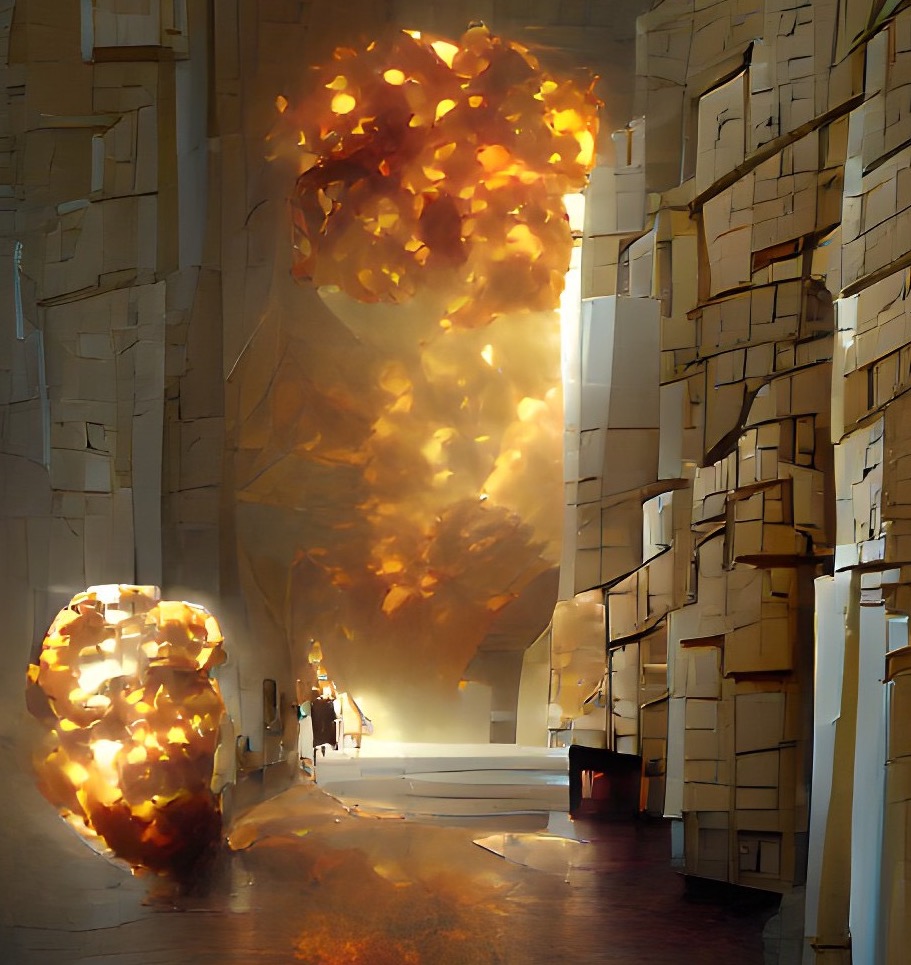 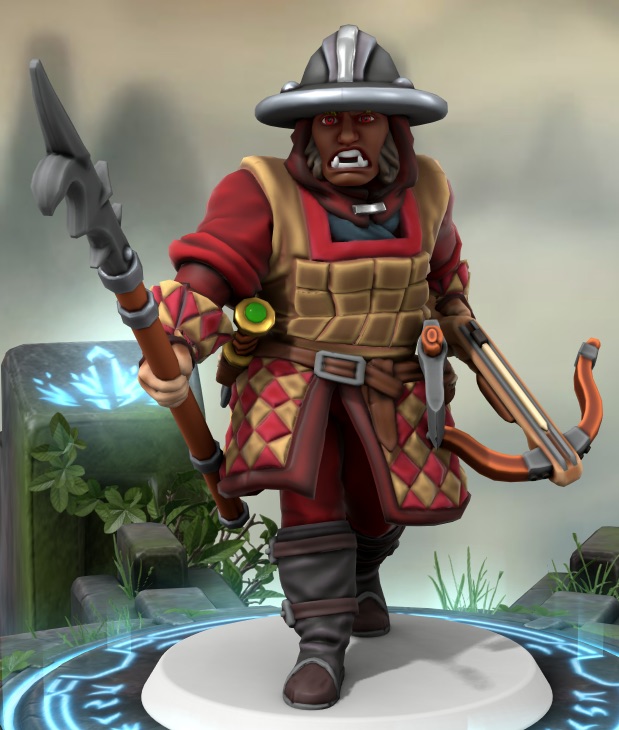 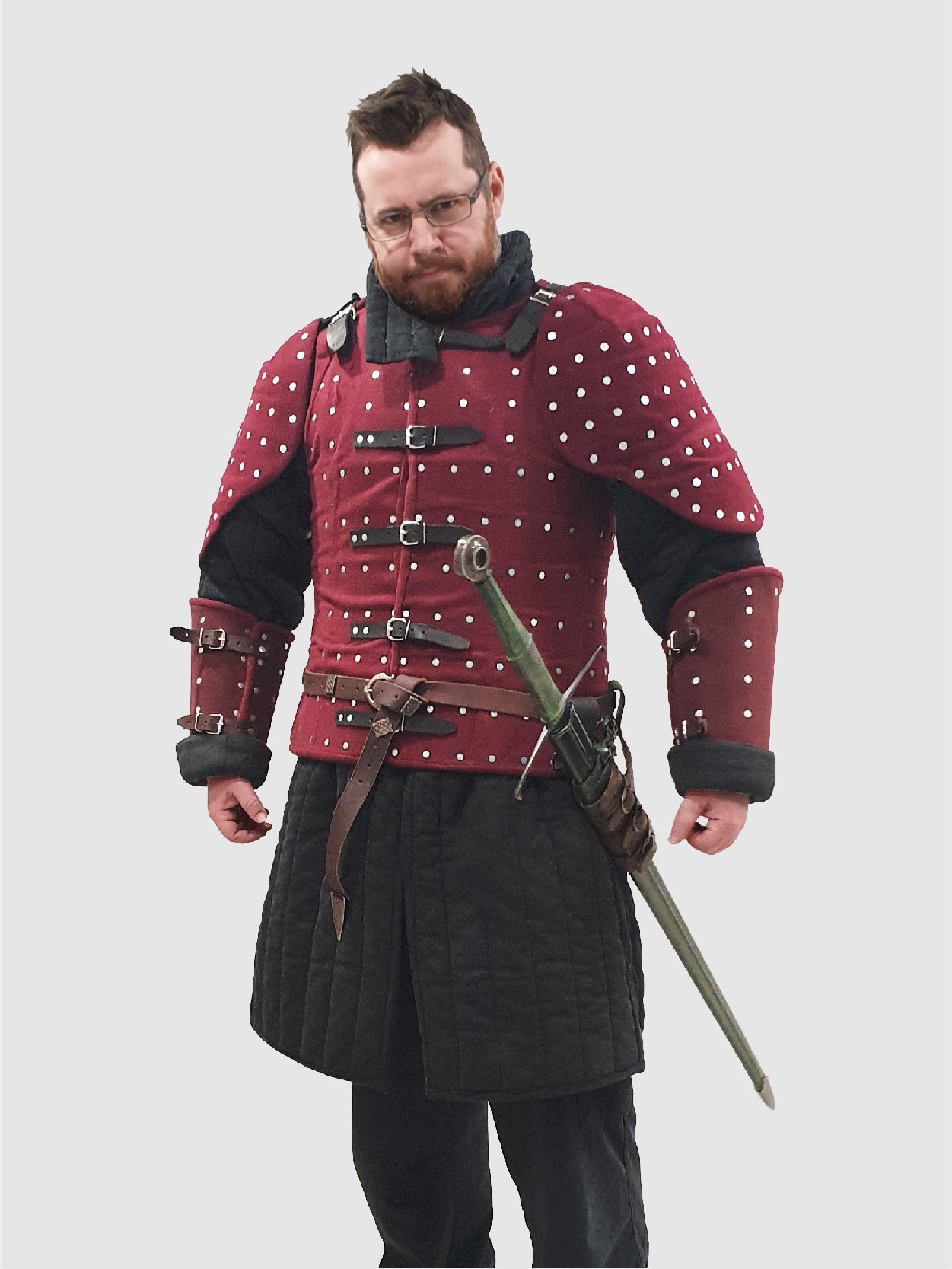 An example of brigandine armor over gambeson (much more accurate than what the minifig is wearing)   The other wore a bone mask, and was dressed in some kind of religious robes. He carried a large maul over one shoulder. 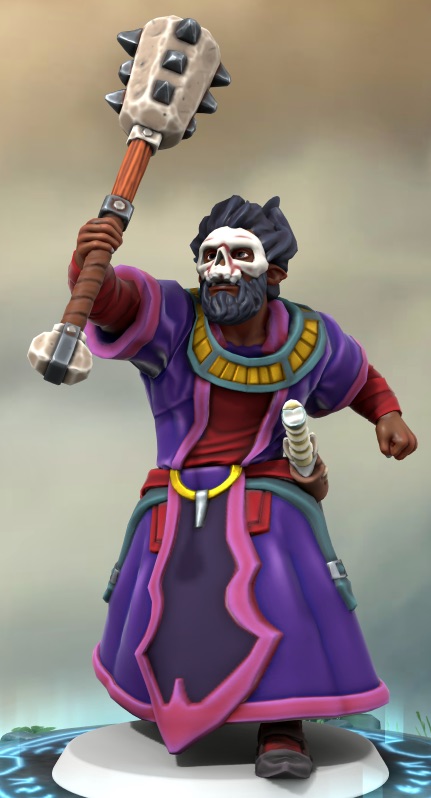 Priest Fellgog the Mad   The pair stopped about halfway down the corridor, unlocked a cell door, and the priest (one Fellgog the Mad) reached in and grabbed a prisoner by the upper arm, lifting him off of the ground and carried him back up the corridor. He and his “cargo” went around the corner, while the armored guard stood in the hallway.   The three companions came around the corner and advanced on the single, large guard. He fired his crossbow, but missed. Elitheris, however, didn’t. She hit him in the face, and he reeled back, stumbling around the corner. They could hear him howling in pain and rage. A couple of seconds later, the broken shaft of an arrow was flung into the hallway. Then, his overconfidence overwhelmed his sense of caution, and the large, armored Orc charged with a war cry, his spear aimed at Taid’s heart.   Taid dodged the attack, making an attack in return, while Elitheris readied another shot and Eykit stabbed the Orc in the leg. Or at least tried to; the Orc guard dodged the attack almost without realizing it had been an attack. He was primarily focused on the most armored of his foes, the Dwarf armed with a pole arm. Eykit stabbed at the leg again, but the armor turned the blade.   Elitheris drew the bow back for another shot, but the bowstring snapped, flinging the arms of the bow forward unexpectedly. She drew her knife, knowing she didn’t have time to restring the bow any time soon.   Figuring it would be easier to hit him if he attached himself to the foe, Eykit went in for a grapple attack on the Orc’s leg, and successfully did a lamprey impression, wrapping himself around the limb. Encumbered by an extra 150 pounds or so, the Orc found himself at a disadvantage, albeit not much of one. But it gave Eykit a better angle and a higher chance of success. He went for the groin, Eykit “Ball buster” style. Alas, it wasn’t enough to do much besides anger the Orc, who tried to knock him off by whacking him with the shaft of his spear. It didn’t dislodge the determined Goblin, who stabbed at the Orc’s leg with his knife.   Taid managed to get a good chop with the halberd on the Orc’s arm, severing it, making the Orc drop his spear and fall to the ground. Elitheris jumped onto him, shoving her knife under his chin, trying to kill the large foe. But he wasn’t completely helpless, and he turned his head, causing the blade to scrape up the side of his jaw, cutting open his face. But it was enough to stun the Orc, the myriad of attacks coming in from too many directions at once.   Taid lunged with his halberd, striking past both Eykit and Elitheris, driving the top spike into the Orc’s face, killing him.   When they loot his bloody body, they find that he had a rondel dagger with a gold plated hilt and an emerald on the pommel. Elitheris takes that, needing a good fighting dagger. Taid strips off his brigandine vest, and while it will need to be adjusted for size, it will work well enough for now. It will at least be better than his chain shirt, which had that fist-sized hole eaten into it by that reek in the jungle.   They have yet to look around the corner, into the loud, large, well-lit room, where, presumably, all the action is happening.

3 CP, 1 for Mr. Wiggles (who sat this one out, but did manage to be a spur for a bit of roleplaying, and he got to experience the effects of several sub-standard healing potions)
Brigandine torso armor, some nice daggers, a nice arming sword, and a couple of hooked spears, if they want them
Some Shards
Some money

A Goblin Protector (guard)
Drenn Bakerson, a priest
Severin Hawthorne, a priest
The Chief Protector, a large Orc warrior
Fellgog the Mad, a priest
A poor, hapless prisoner, whom they freed. Maybe he might survive the three to four day trek back to Civilization. But probably not.
Report Date
30 Jan 2022
Primary Location
The City of Port Karn
Secondary Location
The Tondene Empire
Related Characters
This session was mostly combat. The next session will likely be the same, as they are getting to the meat of it all.   I had not been doing the combats as well as I could have; I had forgotten some of the more esoteric effects of wounding. This time, we added in Knockdown and Stunning, and the effects of Major Wounds. In addition, I remembered that I am playing with people who aren't really familiar with the system yet, so I had to make sure I reminded them of their tactical combat options. So this time there was more variation in attack types, including several instances of Aiming, Evaluating, Grappling, and All-Out Attacks.   They have figured out that the cultists (and they know they are cultists, complete with sacrifices and that incessant drumming and chanting) have something that they are doing that they think is more important than killing the intruders into their temple.