A dark elf left to die by his kin as a child due to his blind eye. When a passerby saw a dark elf baby he went to kill it to both out of racism and also to spare the child a horrible life on Sallimus. Another man appears and knocks the man out. That man was up and coming rogue, Vorlen Lodleth the Second. Vorlen was sterile, so he took the child in as his own son and named him as such.   Vorlen III did not much like his father and, like his attacker, felt it would have been best if he were killed as a child. Vorlen inherited his father's empire of noble bastards under the guise of the economic guild, The Steelshift Crew.   Vorlen was expertly trained by his father, and also discovered he was a sorcerer. He placed this energy into arcane stealth and trickery supplements.   Most urban peoples know the name Vorlen, but the man is a ghost. Even many of his thugs have not even met him. 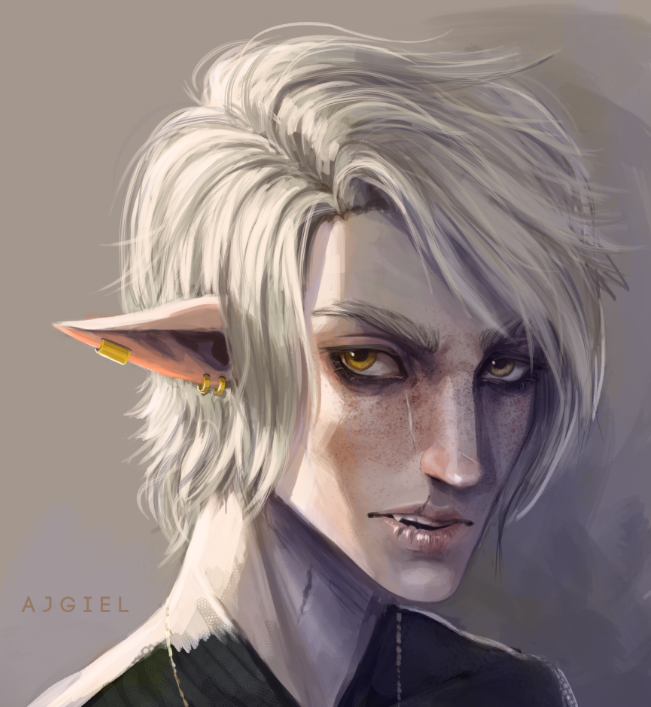