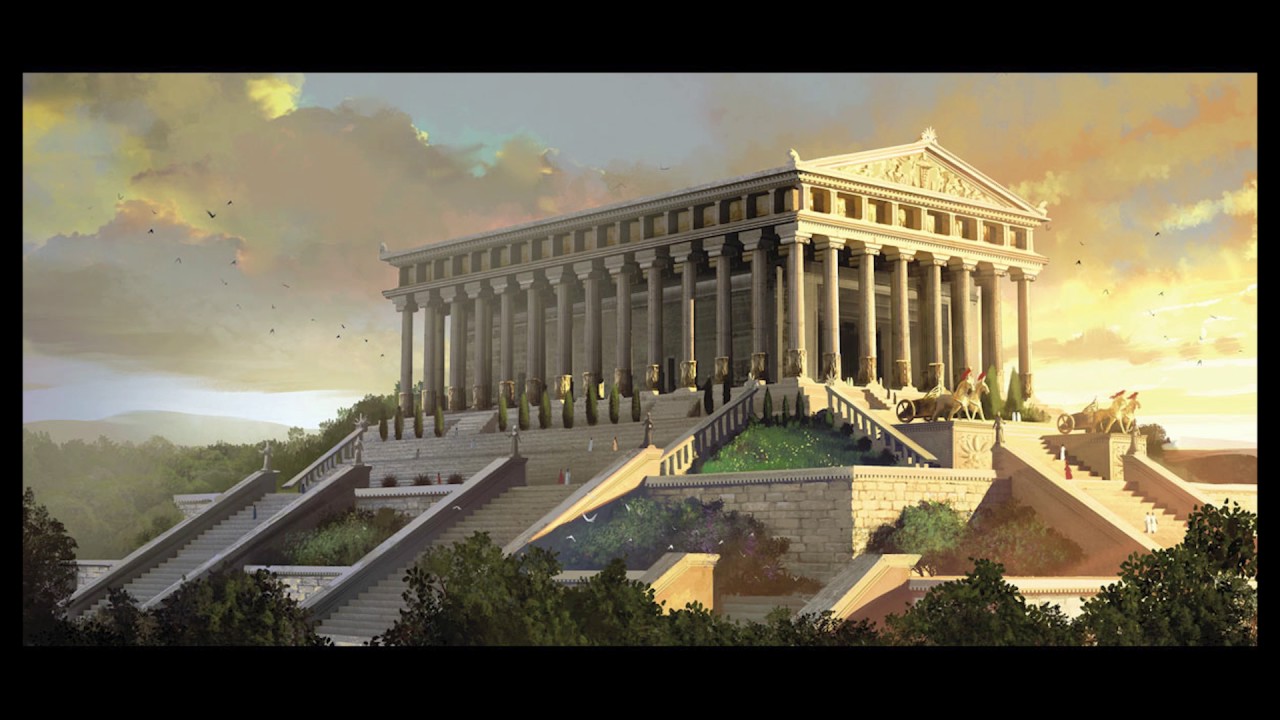 The Grand Temple of Lytikós is truly one of the wonders of the old world, and is located at Kyngbyk, Begþgól.

The temple was constructed to house the Fext Kekelty Rixö, or God Given Wisdoms, which were curated and inscribed by High Priest Nexi as a symbolic conclusion to centuries of study of Lytikós in the year 2354SA. The Wisdoms are a list of 147 proverbs which contain advice and rules to live by. The original 21 stone tablets carved by Nexi are kept within the temple's inner sanctum.

Throughout the centuries, maintenance of the temple has been left to The Monks of Lykitós, who have embellished and added to the temple as they see fit. They have accumulated a large estate around the temple and own many of the surrounding farmsteads outright. Their considerable wealth has allowed them to decorate the temple with precious stones and immaculate statues.

The temple site originally consisted of a small shrine dedicated to Lytikós atop a burial mound which is visible today. The steps leading up to the temple were built in the late Second Age, and the shrine was eventually replaced, as the elaborate modern temple was constructed in the early Begþgól style around 150TA.

After the Giving of Knowledge, High priest Nexi was inspired to begin a great construction work to honour the great works. However, shortly after the site at Kyngbyk had been chosen and the construction of the temple begun, a civil war split the Empire and led to the Sack of Bextós and the death of Nexi. As the civil war began to drag on, construction work stopped, and the hastily erected shrine was all that was left on the site. The stone tablets were abandoned and nearly lost, had it not been for The Monks of Lykitós who recovered them and took them to a recluse high in the Winy Begþö, where they would guard them, translate and study them for the coming centuries, although their numbers began to dwindle. At some point in the late Second Age, interest in the worship of Lytikós was again strong enough to warrant the an expansion of the shrine at Kyngbyk. The burial mound was reinforced and made into a pyramid like structure, with steps cut into the side of it, and the shrine was expanded.   It was not until much later, around 120TA, that the monks once again had the strength of numbers to return from the mountains. They brought the tablets back to Kyngbyk and interest and worship of Lytikós surged. After Ular Menet III succeded in uniting the North Kenaty peoples in 148TA, he became inspired by the god and ordered the construction of "a temple worthy of heaven" at Kyngbyk. The Monks were entrusted with overseeing the construction, and used their growing wealth, along with money from the Ular, to construct the largest and most lavish temple ever seen on the continent. They have continued to govern the estate and temple up to this date. Today they are a very powerful religious faction , and any Ular of Begþgól must keep the Monks onside in order to have a stable rule.
Alternative Names
Gróspoþ dai Lytikóses tez Kyngbyk
Type
Temple / Religious complex
Parent Location
Kena

Answering: "Describe the most impressive landmark in your world."
Visit Aronóna's Competition Page Check all other answers to this prompt Competition Homepage