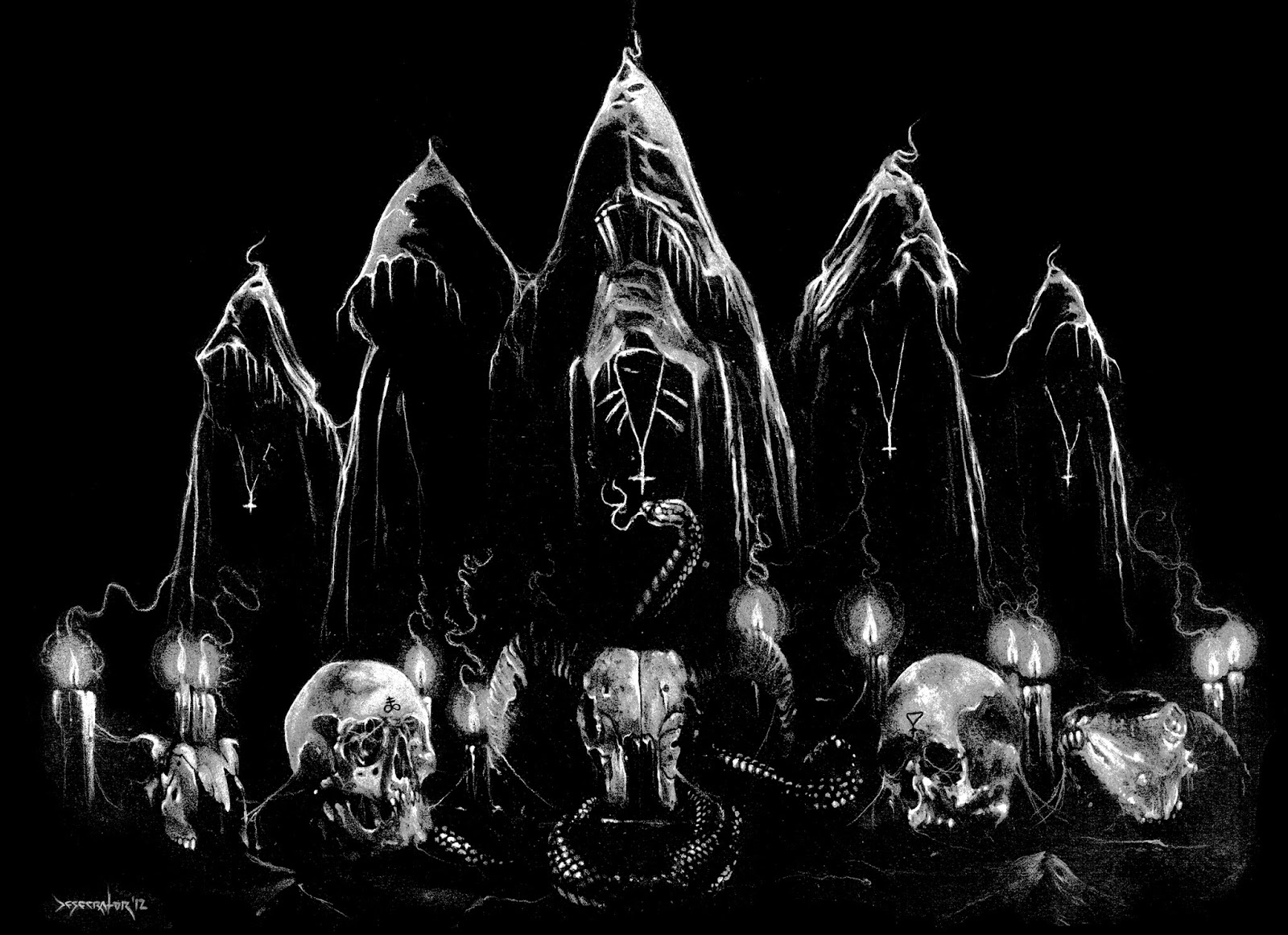 The Cult of Aeon

Before there was light there was the darkness. From the darkness came everything and so it will eventually be reclaimed. Some have found the secrets of the darkness and were given the power from this secret. But to claim the secrets the darkness requires more and more. With each step into darkness the adherents gain more power but fall deeper into the dark.

As the Cult of Aeon is illegal in all civilized lands it hides in smaller secret cells each let by a High Priest who in turn has priests and acolytes depending on the size of each cell. The organization is only through Infernal influences with each prospective member required to commit a heinous act to prove their loyalty.

The Cult of Aeon believes that should they destroy the world the Hollowed deity Aeon will rebuild a better one as per its followers wishes. A few Cults are full no nihilists and do not believe Aeon will rebuild the world but by then nothing will matter.

Each The Cult of Aeon cell is independent save for the Infernal Influence that can direct some cults to unwittingly support other cells at the behest of elaborate plans. Beyond that several cells use great wealth that has been inherited or stolen.

Most of the faithful believe that for one reason or another the world needs to be destroyed. Be it wickedness, the enslavement by the Gods, or just a desire to end everything all followers of the Cult adhere to systematic destruction. As to what happens after that is hotly debated but most belive that Aeon will rebuild the world better for its followers. Some believe this to be a lie but do not care as their hatred of the world is only a candle to Aeon's bonfire.

When Aeon attempted to destroy the Second World it was turned away by the combined pantheon of the Gods. Undaunted Aeon searched for weak points to influence and reach between worlds. Occasionally Aeon will find cracks between the two worlds and attempt to sneak it's minions across. Most are caught and destroyed but a few Infernal creations managed to sneak past. From there the Cult of Aeon was born. With worshipers in all the dark corners of the world the Infernal corrupters managed to get the very mortals themselves to open paths into the Second World. For ages Aeon's Cult has risen and been smashed time and time again but so long as there is hatred so too shall men turn to Aeon.

As the Infernal Corrupters will say anything that the follower wants to believe the tenets of the Cult of Aeon have changed greatly over the ages. Most follow the general idea that the world is wicked and should be destroyed. The more destruction one is able to complete the higher they will be lauded. And only through loyalty to Aeon can your wished be granted.

The only rules is loyalty to Aeon above all else. Followers are encouraged to lie, cheat, steal, and kill to further the Cult.

Depending on the cell the High Priest will lead a flock of anywhere between a dozen to a hundred. These High Priests are singularly placed by the Infernal who subtly influence their minds while they sleep. As the Cult is forbidden in all lands the chances of death are common which is why no High Priest is told where another cell is unless an Infernal tells them. Instead should a High Priest die the eldest or most powerful of Priest will take up the mantle or should the congregation be small enough one of the common acolytes will be given a dream to insure Aeon's will is done.

There are thirteen cells throughout the world each led by a high priest.
The Commune: led by the Artist who gathers morbid artists to play dirges and create nihilistic art while small in number their skill in lying and subterfuge makes them one of the most open cell.

Before the world can be made better it must be destroyed.