The Esnl are a subterranean species adapted to the partially flooded caves of their homeworld. They somewhat resemble gremlins with 4 arms and feathers. They are well adapted to their environment, mostly lacking pigments and having electroreception and bioluminescence to deal with the darkness, and having a high lung capacity and waterproof feathers for hunting in water.   The Esnl also use their electricity as a weapon. While not enough to do lasting damage to larger creatures, it is enough to stun and sometimes kill small prey.   Unlike most sapient species, the Esnl have retained many instinctive practices. In stressful situations, they can become feral, acting much like a wild animal. This mostly happens in combat situations, but also happens during other dangerous situations such as famines, and rarely in mundane, everyday situations. Their language contains both spoken and electric components, of which the electric parts are instinctual. All Esnl know this part of their language without being taught, and it is the same in every member of the species, save for rare cases. Due to this, Esnl are often stereotyped as being animalistic savages by other species.

Bipedal/quadrupedal stance, 6 limbs. Covered in feathers, most of which are small save for 6 large, developed feathers on the sides of the head. Have large mouths, but they are only visible when open. 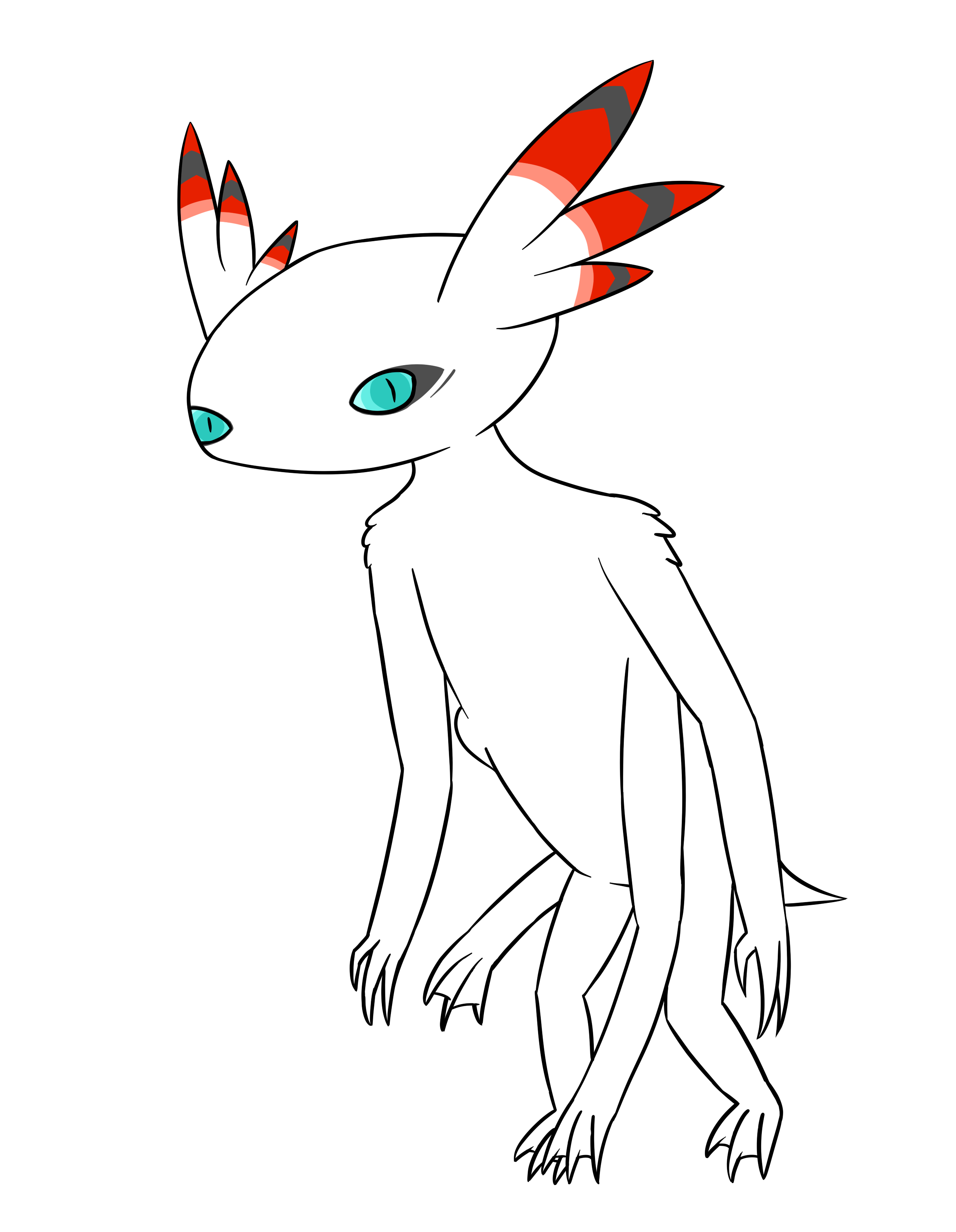 Lifespan
180 years
Average Height
0.9 - 1.2 meters
Body Tint, Colouring and Marking
Most are white, with red, orange, or yellow and gray display feathers, gray eye markings, and green-blue eyes. There is a rare melanated form that is brown with yellow eyes and darker markings.