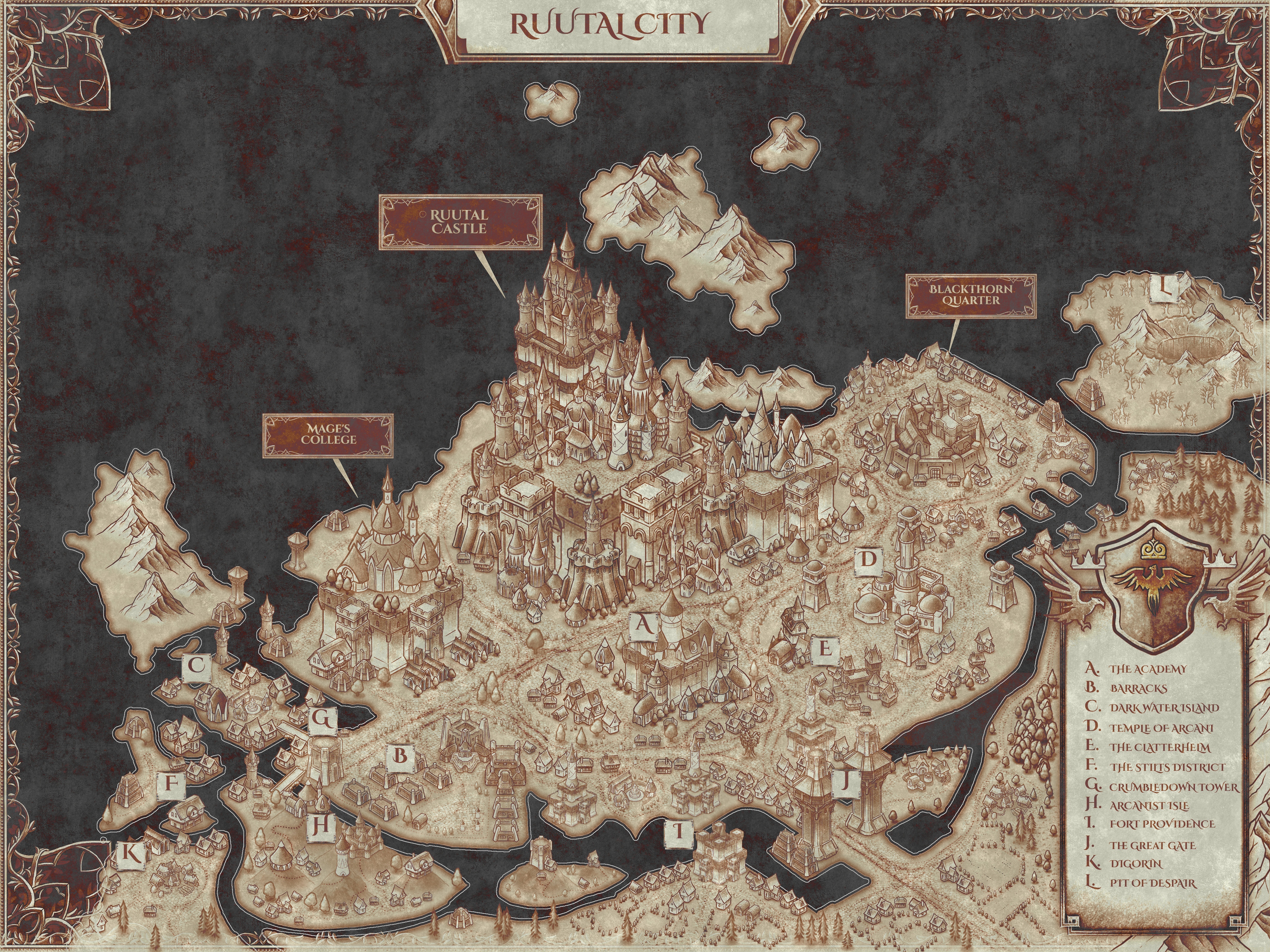 The lost city of Ruutal is now abandoned, long forgotten and choked by a miasma of death and decay. The city was said to have been a wonder, a haven for creatures of the dark and light where opposites could mingle without fear. A dark cloud of eternal night fills the sky in the region, unknown in it's origin; and in the center of it all upon a faintly shimmering lake, in it's dark shrouding cloak. Rumors rise to tell of ancient artifacts, forgotten magics, hidden in it's depths. The Academy, The Mages Guild, The Great Castle. Many have come from across Nasceyra to seek their treasures. Not many come back...