On a midsummer evening in 24CE six brave individuals thwart an unexpected attack on the kingdom of Neuhaffen with ingenuity and teamwork.

Elmsberg is a small riverside village sitting at the base of Mt. Kinderwell. The village is one among many that are within the Kingdom of Neuhaffen. The 1500 or so residents are a mix of farmers, craftsman and scholars. The village's income is split between food exports and lumber from the surrounding Elmswood forest. The city of Neuhaffen lies a few miles north and protects the Spritzenattle Pass, a vital trade route to the south.

A few miles from the base of Mt. Kinderwell sat the Hartwood Glen, a narrow forested valley split by the Elmsberg river, and site of the scouts mid summer bivouac. Elias had called the scouts for the evening meal prep when #5, Percivle, entered the clearing in a rush. Elias knew their full names, but preferred to use numbers to quickly and easily coordinate them during scout exercises. Panting #5 stammered through a descrption of river pirates attacking the Glen. #5 would exaggerate on occasion, but was not known to lie. Elias quickly moved to a high point in the glen and scanned down river with his scout glass. Sure enough a mile or two down river he could see two boats flying the blood red colors of the Geryon.   The Geryon River Lords were an unpredictable nation that siezed any opportunity to expand their territory and profits. The Elmsberg river was a natural barrier to land invasion for the kingdom of Nuehaffen. A swift attack at night via the river would most certianly catch them off guard.   Elias sprang into action, returning to the fire, he immediate has the scouts extinguish it. He stood for a few moments surveying the area. Suddenly he realized the solution was right in front of him. Turning to the scouts he said "Tonight we face a great test. But listen to my instructions and ahere to the three oaths and all will be well. Scanning enraptured faces of his den he made selections based on their particular skills. #5 was wiry, fast and loved to climb. "Resume scouting, keep well hidden and update us on the pirates postiton. Use the alerts of the Amaranthine Trill as I taught you." Nodding #5 sprints out of the clearing.   Next Elias dispatched #1, Emeril his oldest son, to warn the Neuhaffen Regiment of the pending attack. Emeril had already made it clear to his father that he intended to enlist in the Neuhaffen army when he was old enough. Elias knew he would take the assignment seriously. He watched as the boy, nearly a man, vaulted a fallen tree, disappearing to the west.   He knelt, looking into the excited eyes of his remaining Kinderwell scouts, and scratched his plan into the dirt before them. Two summers ago Elias has lead them in an engineering project to build a wooden suspension bridge across the river. Den #3 was exceptionally successful, the completed span was great for foot traffic, allowing many of the regions workers to shorten their walk to and from work. The bridge proved to be strong enough for single horses and lite carts. His plan...partially drop the bridge into the river to create an impediment for the river pirates. If all went to plan they could delay them long enough to give the army time to rally.   Three, slightly tone deaf trills ring out in the dimming light. The pirates were about a mile away.   #4, Hershel was and erractic firebug and tasked with gathering the sap pods of the fyrlac fern. Herschel excitedly set off on his task. #3, Mitchel, is a great navigator. Elias sends him to retrieve old man Ferris ox and cart that is tethered about a mile east of their camp. The oldman had fallen ill earlier that day and Elias had offered to tend to the ox and would return his cart to town in the morning. #2, Donavin, a climber and dismantler, is tasked with weakening one side of the spans bindings. 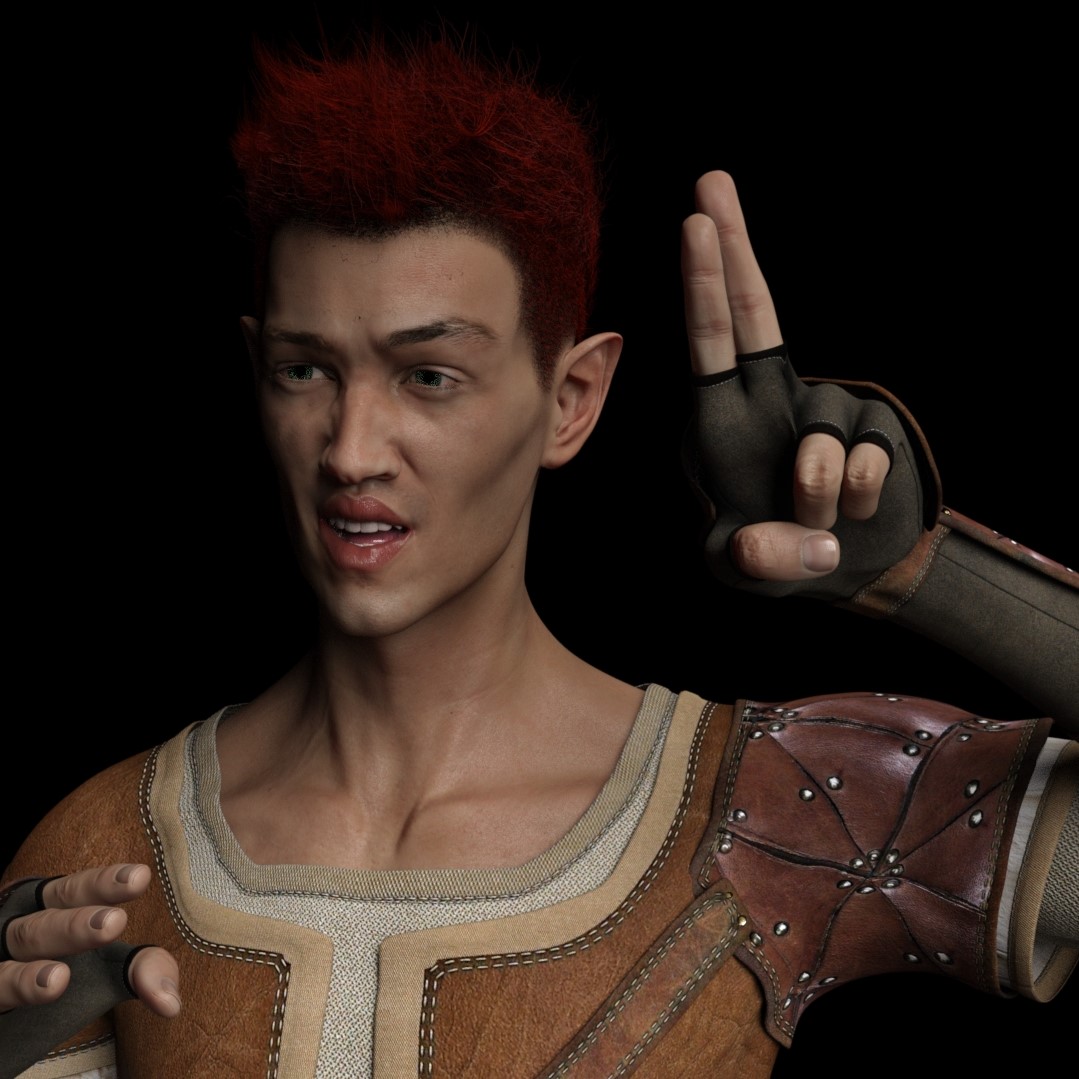 Soon, #4 returns with an armload of the kiwi sized fyrlac pods. Elias instructs him to stage them in piles behind a large log 50ft from the rivers edge. Elias then places dry spark sticks by each pile. #2 returns having successfully sabatoged the bridges tensioning ropes. The pack leader then instructs the duo to assemble slingshots from thier medical supplies and scavenged wood.
Two Trills ring out, they pirates are half a mile away.   With the slingshots prepared, Elias tasks #2 and #4 with moving as many Therpine Nettle Pods into the shallows at the rivers edge, warning them to use long, sturdy sticks when moving the floating plant to enure they do not react. Nettle pods common to the banks of the Elmsberg are triggered when their vines are disturbed by insects and they spiral open, emitting a peppery, stinging mist that paralyses small insects for them to eat. It is uncomfortable and annoying for larger creatures. As the boys move pods, Elias looks nervously back to the road east wondering where #3 is.   One trill echoes through the trees, the pirates are almost upon them.   A few moments later #5 slinks across the clearing and joins #2 and #4. Nearby the scouts can hear the shallow bottomed boat spliting the river and unintelligible mumbles of its crew. Elias turns as he hears the ox snort, #3 wobbles to the edge of the clearing on the cart. Drawing his attention he directs #3 to stage the ox and cart just short of the bridge. As the bow of the first boat becomes visible #3 is tensioning the riens slowing the ox to a stop. He hops off the cart and moves toward the rest of the scouts.   Elias knows timing is everything tonight and motions for #2, 4 and 5 to pepper the boat with lit fyrlac pods. Like mini meteors the pods arc through the air and explode in a fiery blossom as they hit the ships deck and sails. Several of the pirates cry out in shock, scrambling about. #3, unaware of the full plan, is caught equally off, stumbles and tumbles down the river bank to its edge. Elias triggers the final stage of the plan and carefully targets the ground behind the ox. A bloom of flame erupts startling the ox who immediately charges forward onto the bridge. The cart is loaded with a few short logs of hardwood bound for a settlement to the north. The rapid movement and weight are enough as the suspension ropes strain and snap causing the bridge to sag and tilt downward into the path of the boat.   Elias and the scouts hop over their cover and rush to #3's aid. The bow of the prirates boat becomes entangled in the bridge and stops. Several of the pirates drop from the deck into the shallow water, spotting their assailants. A particularly large one, sporting the rust red leather armor, advances within a few feet of the scouts. A few pirates in the background curse loadly as the disrupt the nettles pods. Snearing the lead pirate slowly draws his curved sword and adopts a hunched predatory pose. Then the sound of twigs snapping and dozens of footfalls fill the air. The Geryon pirate drops his blade, his posture relaxing. Elias looks back to see #1, Emeril emegering from the woods flanked by a dozen of the Neuhaffen Elite Archer Corps, bows lifted, arrows knocked.

The thwarted sneak attack occrred while the king was away on a mid-summer hunt, leaving the privelege of awarding Nuehaffen's highest military honor to military strategist Commander Dimitris. In a brief ceremony a few days later, Elias is awarded the medal of Superior Mettle. Elias was very greatful and did get to meet the king a few weeks later during Emeril's introduction into the Neuhaffen army.   As he watched his eldest son take the army's oath he was reminded of days past, when some had made light of him and the three oaths, but he took it in stride knowing their worth. Smiling, Elias had a strong feeling few would question the oaths after the Hertwood Glen skirmish on the banks of the Elmsberg river. 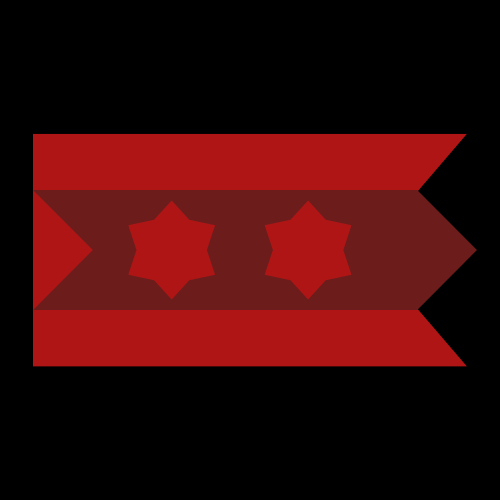 Geryon are a hostile nation to the east, with expertise in arms manufacturing and cartography, their main exports. An expansionist colony by decree, that uses river piracy to raid kingdoms throughout the region. Hostilities are mitigated and dismissed as rogue factions by their minor, but growing political power in regional councils. 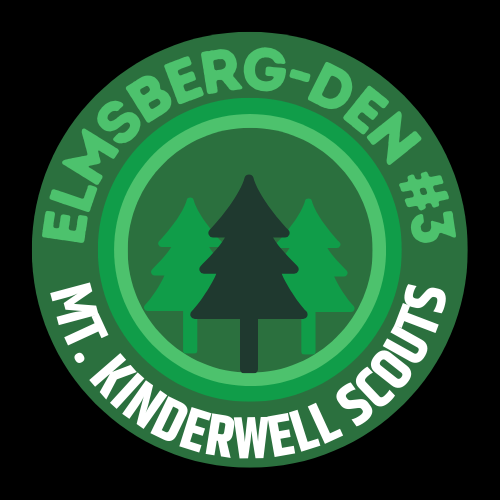 THREE OATHS
1. Integrity - We act with integrity; we are honest, trustworthy and loyal.
2. Respect - We have self-respect and respect for others.
3. Care - We support others and take care of the world in which we live. 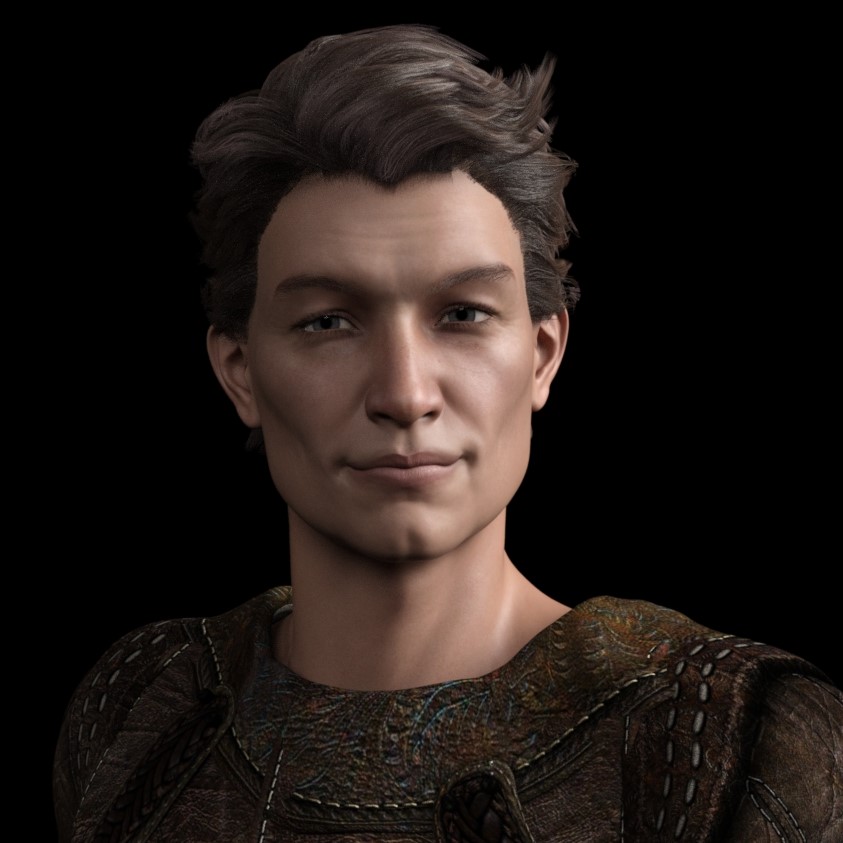