Long ago, eons before the Great Star Storm, regular dimensions began producing beings of various types, with differing abilities according to each dimension’s characteristics and qualities. Some of these beings evolved and progressed, eventually discovering the other dimensions but lacking consistent or repeatable methods to travel between them. Often, the beings who managed to travel found themselves unable to function or interact with the destination dimension’s native beings — particularly when the natives were dimensionally unaware.
Over time, the dimensionally aware travelers established primitive communication protocols between each other. They soon learned to visit new dimensions in secret since the dimensionally unaware tended to act hostilely when they encountered unknown and incompatible beings.
Then one of these travelers stumbled into a new dimension where they could function and interact with the native beings. Excited to finally communicate in-depth with other dimensional beings, the traveler explained everything they knew about the dimensions and dimensional travel. Only later, when it was too late, did the traveler learn the true nature of these beings — The Rulers, the name they later gave themselves.
The Rulers' dimension, Dominion, as is the case with most dimensions, was inhabited by a number of different species. One of these species, the Rulers, had subjugated all the other species and established themselves as permanent rulers, each Ruler controlling a region containing groups of the other species. Having no further challenges, they grew bored. That, along with unlimited power, kindled cruel and capricious behaviors which, along with their natural arrogance, permeated their entire culture and embedded into their very nature.
The traveler’s news — the existence of other dimensions — shocked the Rulers. The idea that they did not rule everything — all dimensions, all beings, all species — was intolerable. They became obsessed, determined to rectify this state of affairs. But they did not have enough dimensional knowledge to conquer and rule the other dimensions. In fact, none of the dimensionally aware had developed methods and techniques to reliably travel to or interact in the other dimensions. And this shortcoming gave the Rulers a pivotal opportunity — which they seized.
One of the most powerful Rulers, Kagan, realized that if they gained the necessary dimensional knowledge first, it would give them leverage to conquer the others. Kagan knew that the Rulers lacked the abilities to discover such knowledge themselves, but he reasoned that if they could find other dimensional beings with such abilities they could direct the research and monopolize the results. With that in mind, he persuaded the traveler to train some of his most loyal subjects in dimensional travel.
The traveler, flattered by Kagan’s proposal and eager to gain new insights about dimensional travel, was delighted with the prospect of so many willing test subjects. After several disappointing experiments and setbacks, the traveler finally identified one species that could not only pass through dimensional portals unharmed, but possessed an innate talent to communicate with natives in the destination dimensions.
The traveler, pleased with the results, returned to his native dimension, bringing along a few of Kagan’s subjects as proof of his discovery. The traveler’s people, which the Rulers later named the Sages, had recently discovered another dimension of beings, which the Rulers later named the Mages, with similar capabilities to themselves. Regrettably, they could barely communicate with each other. But Kagan’s subjects, which we now call the Searchers, could.
A golden age of exploration and discovery ensued. The Sages and the Mages collaborated in expanding their dimensional knowledge, using the ever increasing supply of Searchers that Kagan provided. The Searchers acted as translators, equipment operators, and explorers — traveling through the portals, searching for new dimensions and dimensional beings, and returning with more data for the expanding dimensional map.
A few of the Mages and Sages worried that their research centers, located near the best and most connected dimensional portals, had become largely staffed by the Searchers. But others pointed out that the Searchers were pacifistic and obedient — and faithfully returned to the research centers after their exploratory trips. The researchers did not realize that Kagan rotated the Searchers through the centers — and the ones who returned to Kagan supplied him with equipment, discoveries, training, and data. In truth, Kagan’s dimensional map was more complete. For his Searchers had found a dimensional portal nexus in the Ruler’s dimension, and he had built a transportation center there. 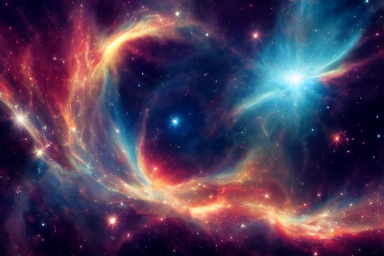 The Rise of the Rulers

The Keys and the Guardians

TODO
The Guardians were created by the Sages from the Protectors and the Cherishers. Their dimension, 2 0 2 2 2 2 (10), is named Safehold.