In his youth, he killed six enraged oxen in a market using only his hands. Now, he trains what are considered to be the fiercest warriors of this era.
He has 5 sons, and all but the youngest are traveling the world to hone their skills, and test other warriors where they meet them.
His youngest son, Crushing Boar, 12, and his daughter Haunting Moonlight, 16, are not warriors. His youngest son is studying languages. His daughter is studying the silk trade with her mother.

He is currently the chief martial arts instructor of the royal military for the Kingdom of Jiaohai. He personaly taught Lang Wen how to fight. 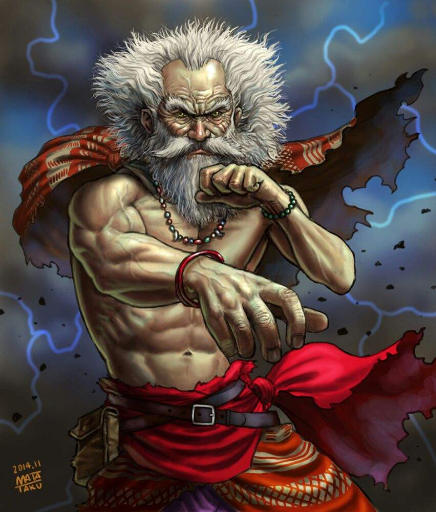