For Steam And Country 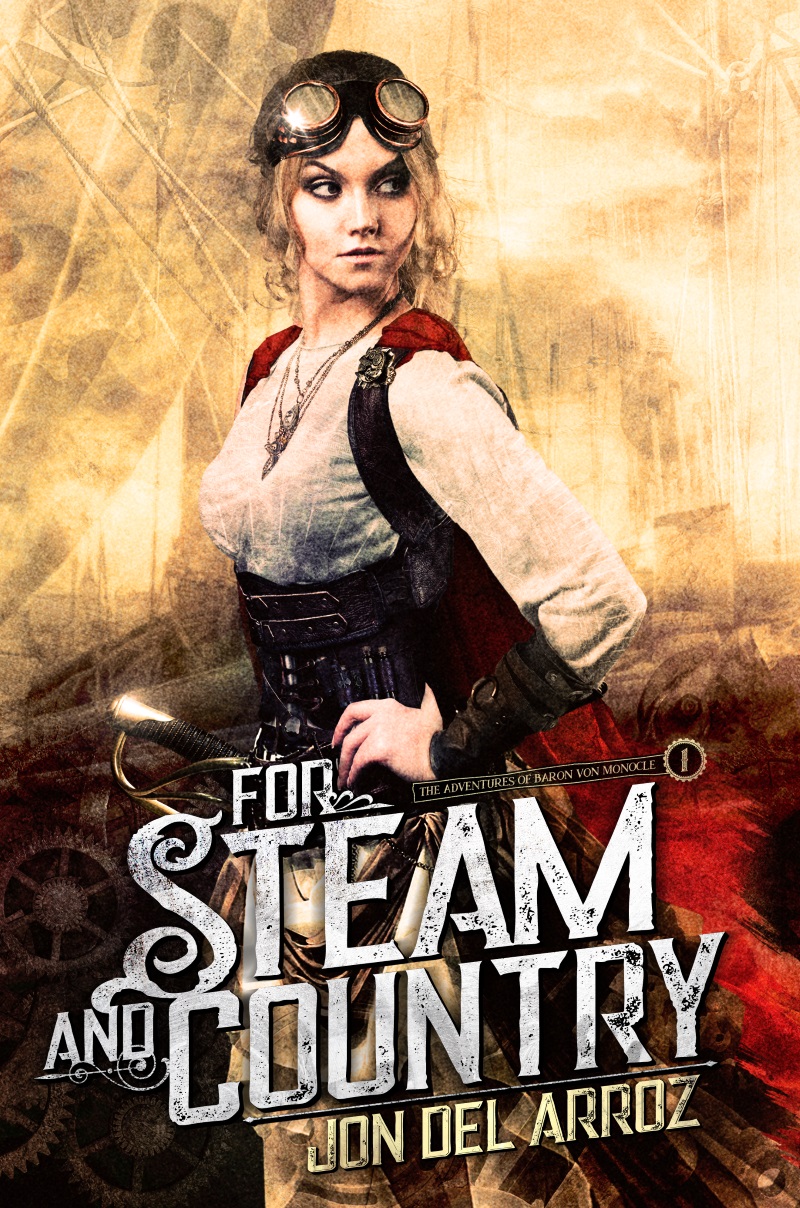 What could a 16-year old girl do with an airship?   As a an ordinary farmgirl, Zaira von Monocle is in way over her head. She’s inheriting Rislandia’s most deadly weapon of war, the airship Liliana. Her modest life couldn’t prepare her for flying the massive vessel, let alone protecting her ship and homeland from invading Wyranth soldiers.   Even as her whole world turns upside down from war, Zaira learns her presumed-dead adventurer father, the legendary Baron von Monocle, might still be alive. It’s up to her to take the Liliana into Wyranth territory and see if the rumors are true.   Can Zaira learn how to command an airship and gain the respect of her new crew? Read For Steam And Country, CLFA Book of the Year Award winner and first book in this #1 Bestselling YA Steampunk series!

“We received a new assignment for disaster relief in Ports-gate, on the southwest coast of Rislandia. The city has flooded to the rooftops and there is no way to reach the res-idents other than by airship. My crew is long overdue for leave, and I long for my home and family. Plainsroad Village would never have a disaster like this. Who had the bright idea to build a city in a swamp?”

Day 35 of the Month of Dukes