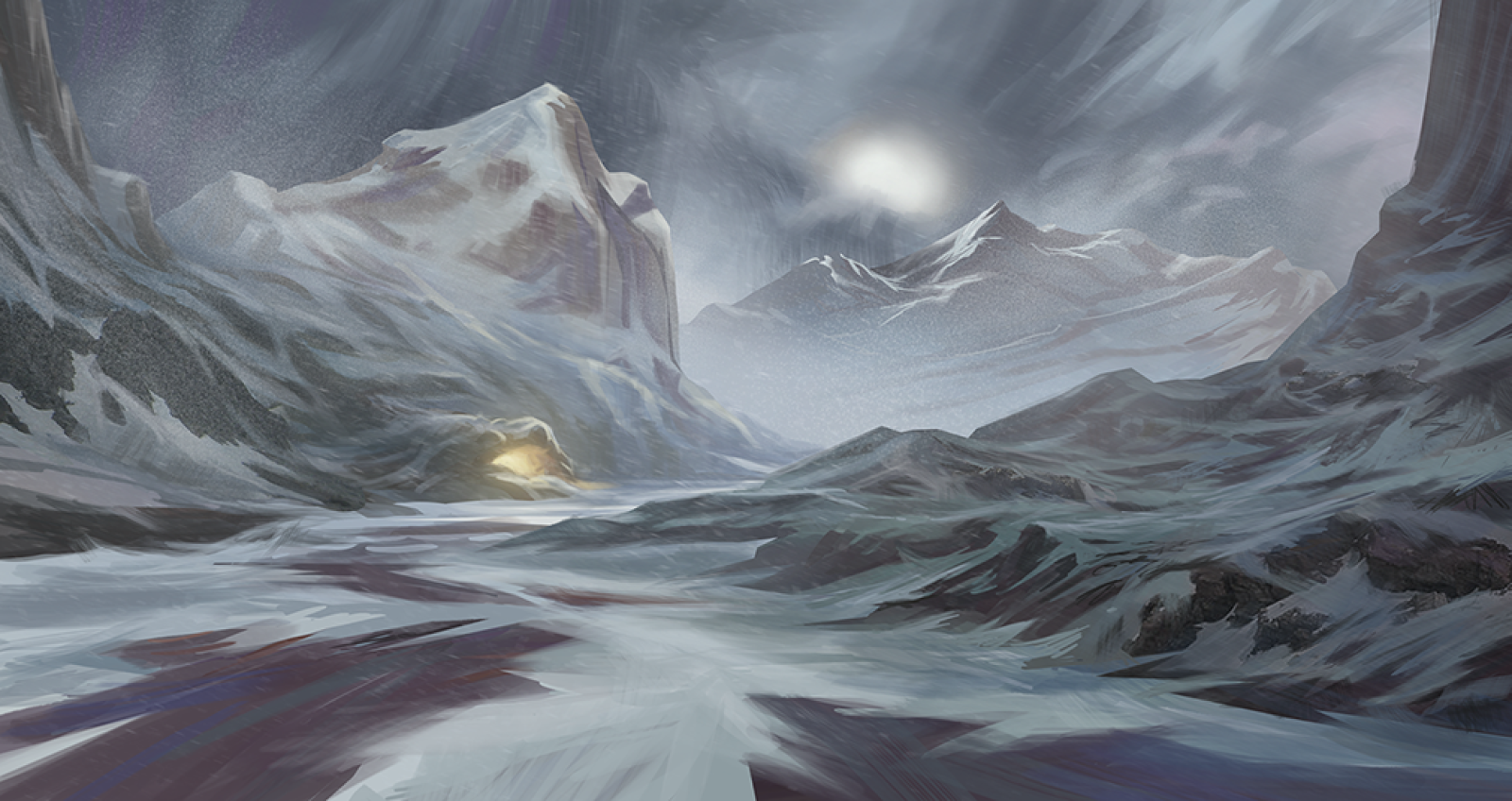 Nikolaj Reimer
Motivation: DM'ing my first D&D campaign, so I'm creating my own world, with inspiration from Norse mythology.   Genre: Fantasy, Steam punk, norse mythology.   Scale: There are no countries, since they were all unified into just Rimeterra, about 500 years ago. The continent is divided by a few regions taken care of by different organizations and rulers, and in the middle is the Bastionheim, ruled by the Maell family. Rimeterra has a total area of around 2,000,000 km2 (around 772,000 sq mi).   Mood: Dark, Bleak, Neutral.   Theme: The survival of the fittest as well as overcoming the odds. People live in this world despite it being a harsh environment of cold weather and scary monsters. A lot of people don't like the use of magic, and tend to be very traditionel and focus on technology and caring for their own.   Conflict: 9 years ago the region around Bastionheim was attacked by a large white dragon, that disrupted trade routes, farming and turned innocent cities to ice. Since Rimeterra is already a harsh environment to live in, this was devastating. People had to find new means to survive, public unrest and crime arose, and leaders would have to make tough decisions to save as many as possible. Today the world is marked by those events. Some cities did not survive, several trade routes were never reopened, and the dragon is most likely still alive, somewhere in the world. New powers and organizations are planning to take over, and expand their reach.