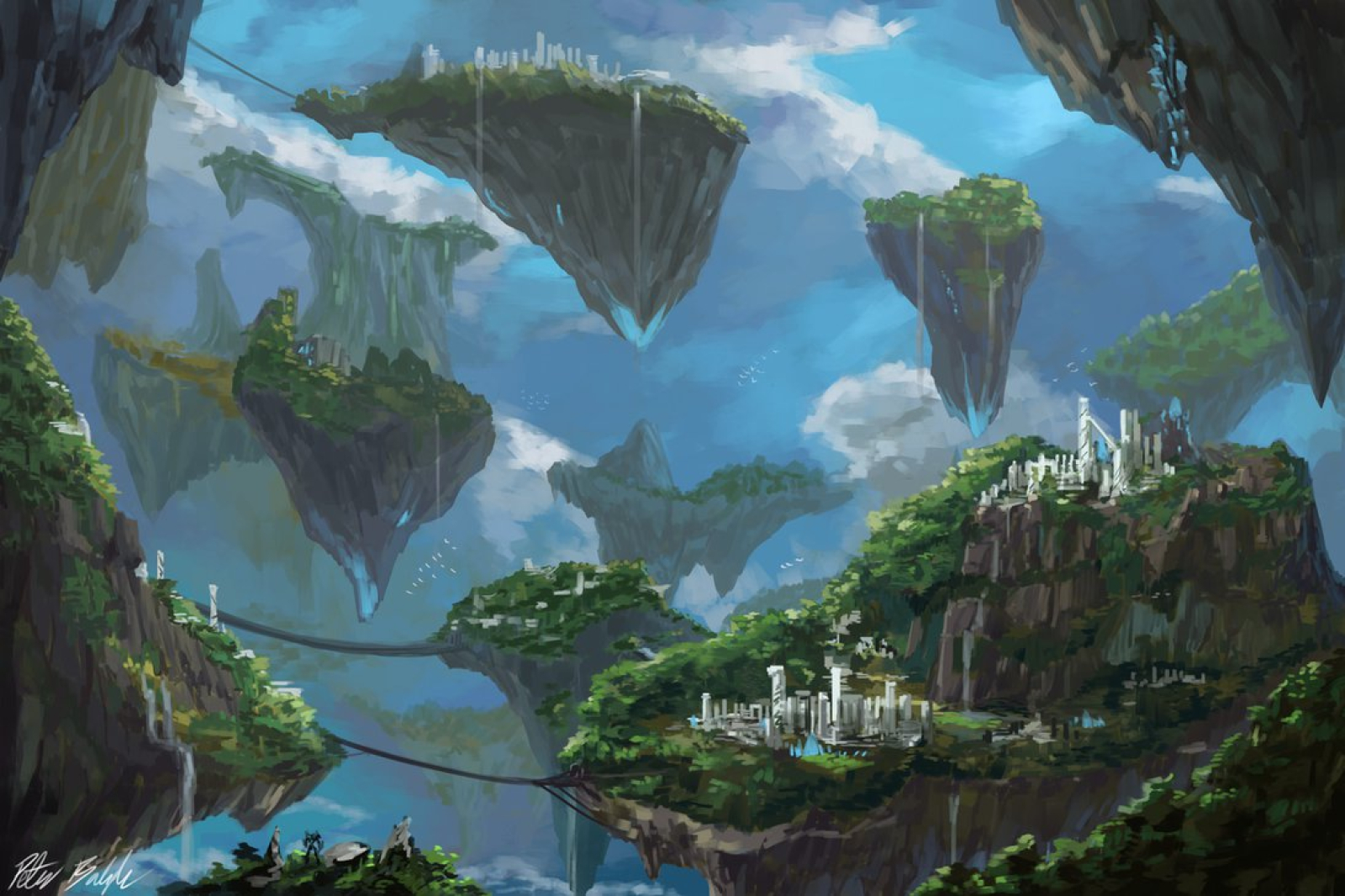 Disconnect
“The name Revenium is derived from a combination of latin and french words that loosely translates to Shattered Dream. This theme of a shattered dream runs throughout the world, its history, and its people.”   Revenium is a world scarred by its past. Once a great civilization rose on a plane devoid of magic. Using their technological might they conquered the world and accomplished feats once only thought possible for a god to achieve.   However, their hubris brought about the catastrophe that destroyed their world. Shattering the inner planes and combining them into one singular plane. The inner planes merging with the material creating an infinite world of earthen isles above a sea of magic. A great vortex of elemental energy known as The Nexus sits at the heart of this new world, surrounded by five great continents that would become the hub of civilizations progress.   This new world was at first ravaged by the new violent magic that flooded across it. However, eventually the elemental forces began to settle into their new places.   Elemental energies seeped into the atmosphere creating the gaseous form of magical energy known as Ether. Primal energies from the elemental planes condensed and settled creating nodes of elemental influence that shaped the landscapes around them.   Elemental energy seeped into the land and became an essential part of the world. Air ether created a breathable atmosphere for life to flourish. Water ether created rivers and lakes, and gathered in ether clouds to create rain. Earth ether created hills, mountains, and large islands in the middle of the rifts between continents. Fire ether heats the plane, even in the darkest of depths. Light created stability, and warded off those who would attempt to destroy this new world. Darkness created change, so that the world could move on from its past, and begin a new future.   Great suns of radiance would come into existence across this new plane bringing light where there once was only darkness, gifted to the world by Bahamut one of the Gods of the Land.   Eventually the few survivors of this catastrophe would begin to rebuild and over several millennia would create settlements, then cities, and eventually great nations that would span the five continents at the heart of the world. Though they do not remember their past, the remnants of Veryze give them the necessary clues to advance into the future.   Countless millennia have passed since the Fall, now a distant memory mythologized in legend and lore. The event's true nature still unknown, still to this day. It has now been almost 60 years since the beginning of the Second Great Age of Artifice and almost 800 years since the last Fallen invasion. The world is a fundamentally different place from what it once was. Advancements in science, magic, and the merging of the two have created a world of modern convenience, that still looms on the edge of danger at every turn.   This is the world of infinite adventure, Revenium.