The magic of this world. An interesting one that is present in all living things in one form or another. Some have too little to go around, while others have to much to contain.


Brilliance at its base level is a very simplistic magic. A manifestation of light from ones life-force is its most simple definition. But its many different applications and rules make this anything but a simple system.


Found in many studies, plants and other simpler life forms do possess a Brilliance, however only at a fraction of that of more complex life. Even though it is only a fraction of the power, it is probably the most commonly used as Brilliance from these lifeforms are used in the Talents and Emanation processes to unlock the more innate abilities hidden deep within a person's soul and Brilliance. 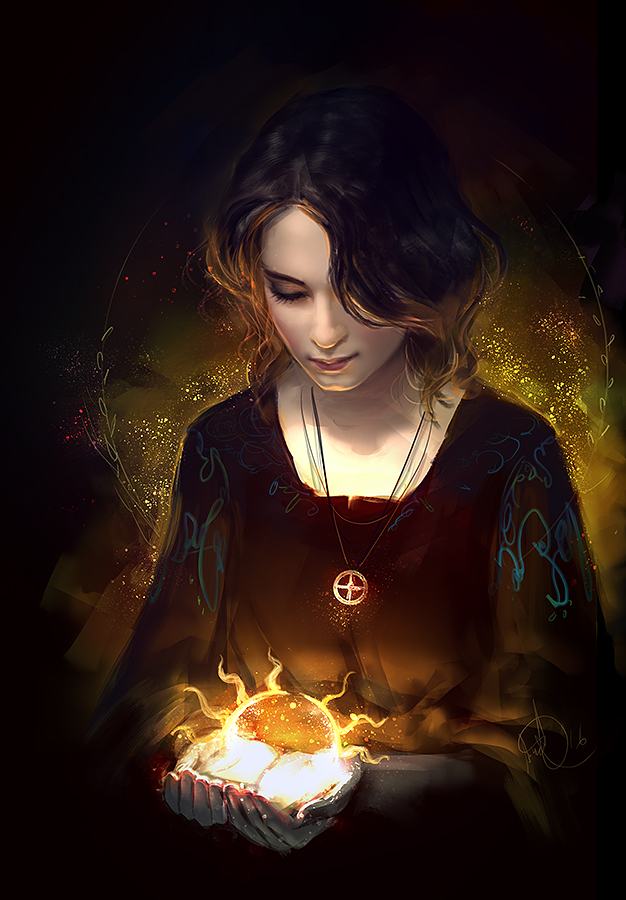 Known as "The Star Power" this incredible magic system has a wide variety of applications.

There seems to be two determining factors when it comes to the use of Brilliance in a lifeform on Reme. Its consciousness and its size. Since animals all have a base sense of consciousness, as oppose to plant life on Reme (At least most), all animals can use a certain amount of Brilliance. How much Brilliance one can use after that seems to be down to other intellectual attributes that are unknown and just pure size.
As an example; this small mouse like creature, known as a Ju'Liyun, uses its small amount of Brilliance to do one simple task. Keep warm. And the small amount of light that is produced by this actually leads to beautiful green plants that sprout and grow on the back of it (A common occurrence for smaller animals that produce Brilliance).
When it comes to larger creatures, like humanoid creatures and Stormwights, their Brilliance is much more powerful and can be used to actually heat and burn things. And, due to humans and Stormwights intellect, can actually direct this heat and are able to transfer their Brilliance through other mediums.
In other cases, mostly in large Stormwights and Frecki, but also in a small amount of humans, someone with Brilliance will be born with a surge of this power, known as a Flux. Granting them an unstable Brilliance that leads to something called Radiance. In humans, it leads to the sparks seen in Flux. But, in Stormwights and Frecki, something a little more unstable happens due to their lack of Apertures. 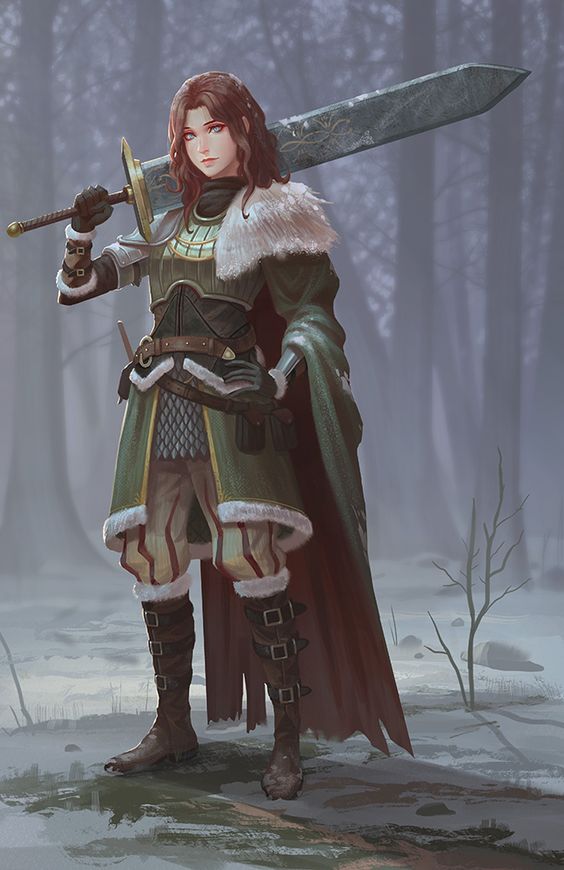 Throughout much of history, a simple Talent from a being of small size was enough to power a large weapon like seen above. With the more complex methods and object that have come in the modern age however, larger creatures and bigger sources of Brilliance have been needed.

A Talent is the most simple of the mediums in which Brilliance can travel through to connect to someone's soul, granting extra power. Typically made from the remains of another Brilliance lifeform, like plant or animal remains, has the last flicker of Brilliance it has preserved in a process known as mirroring. The new bit is now either made itself or infused into an object of some kind. After this, the object can then be used willing by anything else with a Brilliance. The user, using their own Brilliance, unlocks the Emanation of the previous being's Brilliance. Granting a host of different powers based on who is the one to unlock the power at first, and what kind of animal or individual was used to create the Talent.
Most Talents are pretty simple in their powers, whether that be just creating fire or moving air. But when first unlocking the Talent of an object, an untrained individual can be seriously hurt as the Emanation process drains a lot of Brilliance. If an Emanated individual is endowed with a Talented object, whether it has its powers unlocked or not, the object will change its power to match that of the individual. 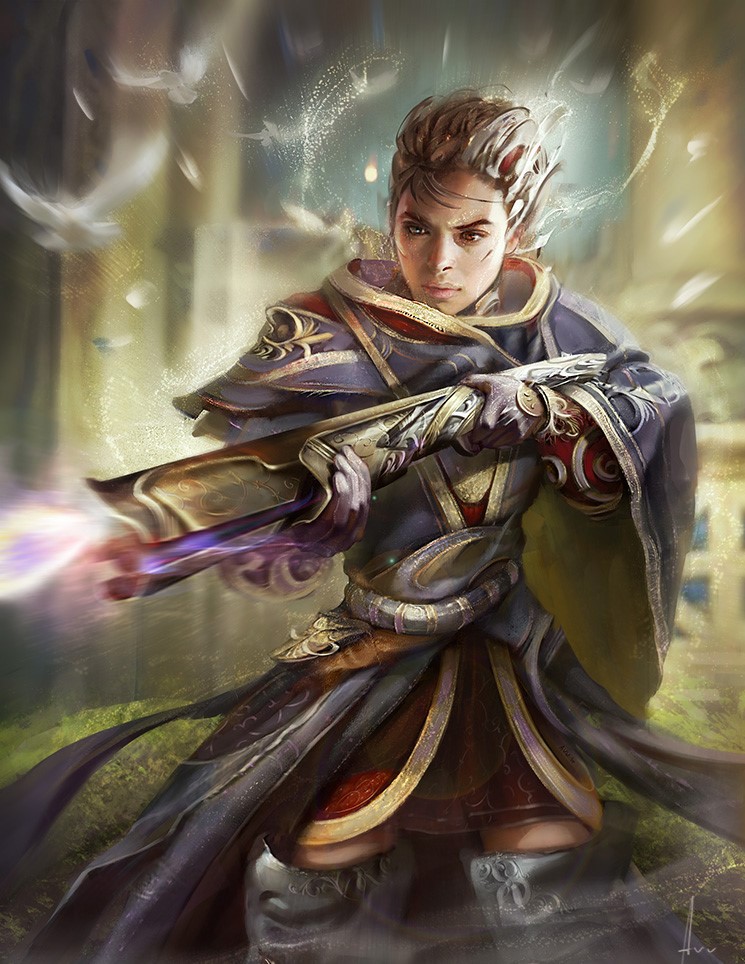 Complex Capsules, like the one above, have been made to actually shoot projectile Brilliance at an individual. This type of weapon is known as a Shatterlight.

Very similar to a Talent, a Capsule is an object that is endowed with the Brilliance of a lifeform. But that is where the similarities end. A Capsule, unlike a Talent, is a willing transfer of Brilliance. usually done by a individual close to death, a person will sacrifice themselves, allowing their Brilliance to be taken. Once this happens, it is typically stored in something known as a Radiant Heart. Allowing the Brilliance to "cook" in the heart, it goes through the Emanation process. If an individual already has an Emanation this part is skipped. But, once having an Emanated soul, it can then be placed into any object of the users choosing, not having to be organic in any nature. Once this happens, the object is imbued with the Emanation of that individual and grants its holder, that much not have an Emanation themselves, this power.
A Capsule is typically a family heirloom or positional heirloom. As a person can only hold and use the object if they had a significant relationship with the person the Brilliance came from. With the stronger the connection one had to the individual, the stronger the power coming from the object. Capsules are commonly used by Flux users, as mixing the two makes for exceptional warriors.


The most complex and different of any of the three processes. Is known to be used by both humans and Frecki Stormwights. This process, used in the Capsule process above, essentially unlocks the "identity" of ones Brilliance. Since Brilliance isn't innately attached to someone's soul, that's exactly what this process does.
Brilliance exists in a symbiotic relationship with someone's soul. Floating around the body and only being accessible through something called Apertures. What Emanating someone does is permanently bind the Brilliance to every Aperture in the body. This is done in an extremely painful process in which metal rings of a strange alloy known as Ti'Amai are melted to an individual's body at all the major Apertures of the body. Six at the base of each palm in hexagonal shapes, two larger rings burned into the iris (causing them to turn white), and a last one placed at the genital region. Typically the removal of the genitals comes first as it makes for easier placement.
Once a person has completed this process, they are endowed with the full potential of their Brilliance. Their powers typically are related to those of Talents or Capsules, but the user doesn't need a medium for an Emanation. As the Ti'Amai rings act as such. Their are special powers that can be developed by an Emanator that aren't present in a Talent or Capsule, but they are extremely rare.

Said to be a gift from Elevenci, the main star of Reme that keeps an eternal eye over the Ni'Venroi. Since Brilliance strengthens the further you get from Elevenci and closer to Rosinori, it is believed that Elevenci gifted this power as a way to combat the harsh conditions of the Rosinori and Corvensa's weakness.

Brilliance has been with life for as long as life has been with Reme. But the first true understanding of its power came during the age of the first kingdoms around the narrow sea. Specifically ancient Cilantraa. The application of this power in everyday life, and the use of Frecki and other Flux wielding individuals as slaves, allowed for Cilantraa and other kingdoms like it to flourish. Still blind to its true power and understanding however, they simply thought it was linked to the harnessing of sunlight (which is why they thought many Frecki had dark skin).
With the new kingdom of Cilantraa and the age of Flux discovery, the explosion of the new Firsuto profession and other Brilliance studies became a highly sought after. This lead to new discoveries about Brilliances true powers, which in turn lead to new technologies; such as Talents, Capsules, and Emanations.
Related Deity/Higher Power
Elevenci
Material Components 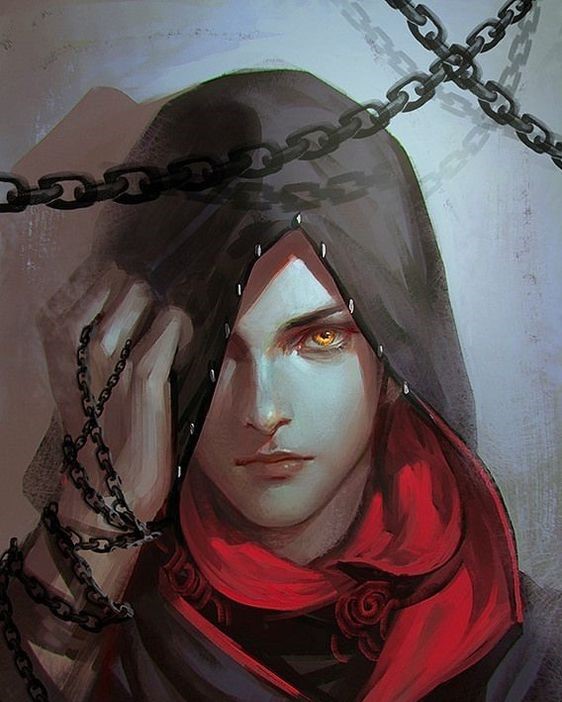 The largest Aperture, and only visible to the unaided eye, is the one located around the pupils. Also known as the iris, this Aperture is typically red/orange shades for most people with Brilliance. It can be different colors however (like blue in the case of someone with a Flux, or completely white when someone has been Emanated).

The main component that allows Brilliance to flow out of an individual is known as an Aperture. First discovered by Firsuto Elrme Ithne, these strange reflective red glands that surround each pore of an individual act as a tunnel for Brilliance. Rather than Brilliance flowing out of the body through these, they act almost as filters. As Brilliance reaches the pores, it interacts and taps the Apertures. This, in turn, is what actually creates the typical light and heat known as Brilliance.
An individual can actually wear out their Apertures, in which the skin pulsates black before returning to a red glow. Continually wearing of Apertures and exerting past ones limits can lead to the blackening of the affected Apertures and surrounding skin, rendering them permanently useless. 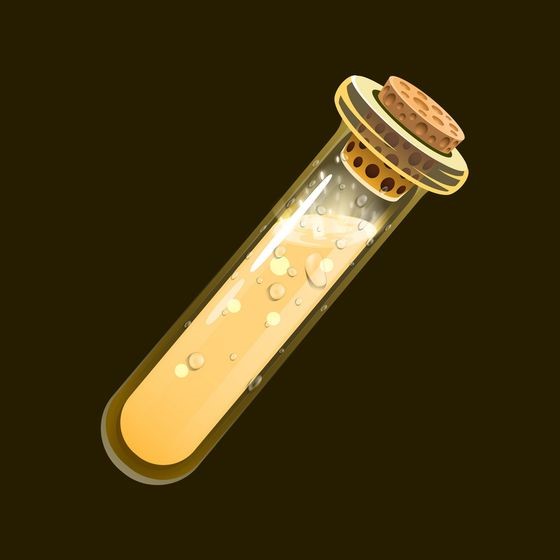 Radiance Plasma, as it's called, is probably the most sought after and farmed substance on Reme during this industrial revolution of sorts. The sad thing is that the only source of it is farming it out of Frecki and Stormwight slaves that are forced to produce it around the clock.
While Apertures are the source of power for the majority of lifeforms on Reme, its not the case for all of them. For some, mostly the Stormwights and Frecki, they have different tunnels for the Brilliance to flow through. Known as Ti'Amai, this tough rock, which can be created into an alloy, is a bright white rock that litters the Rosinori. Whether worn, like in the case of the Frecki, or grown in as shells or in other symbiotic ways, like the Stormwights, this rock has the same end process as an Aperture. Making Brilliance useable for an individual. However, their processes are very different. While with Apertures, Brilliance seems almost attracted to it and willingly wanting to interact with the Apertures, Ti'Amai forcefully drags Brilliance to the surface to be used. While this is an effective method to get Brilliance, it is also a painful one. And a side effect of this forcefully exertion is that the Brilliance that comes out is an unstable version. With a gooey glowing white paste, known as Radiance, leaking out of the individual.
This seems to be the same with Flux users in some sense. With the static that comes from their Apertures seeming to be of the same origin as Radiance. However, the pink Apertures seen, instead of the normal red ones, means something else is going on.


Probably more commonly used now than Brilliance itself. Radiance, and the respective creation Radiant Hearts, are a branch of Brilliance that uses Radiance stored inside a Ti'Amai casing known as a "Heart". If an individual attached this heart to themselves, much in the same way as Emanation (though much less painful), they gain a slight boost in their Brilliance. This usually shows itself in the form of a slight Flux for the individual. 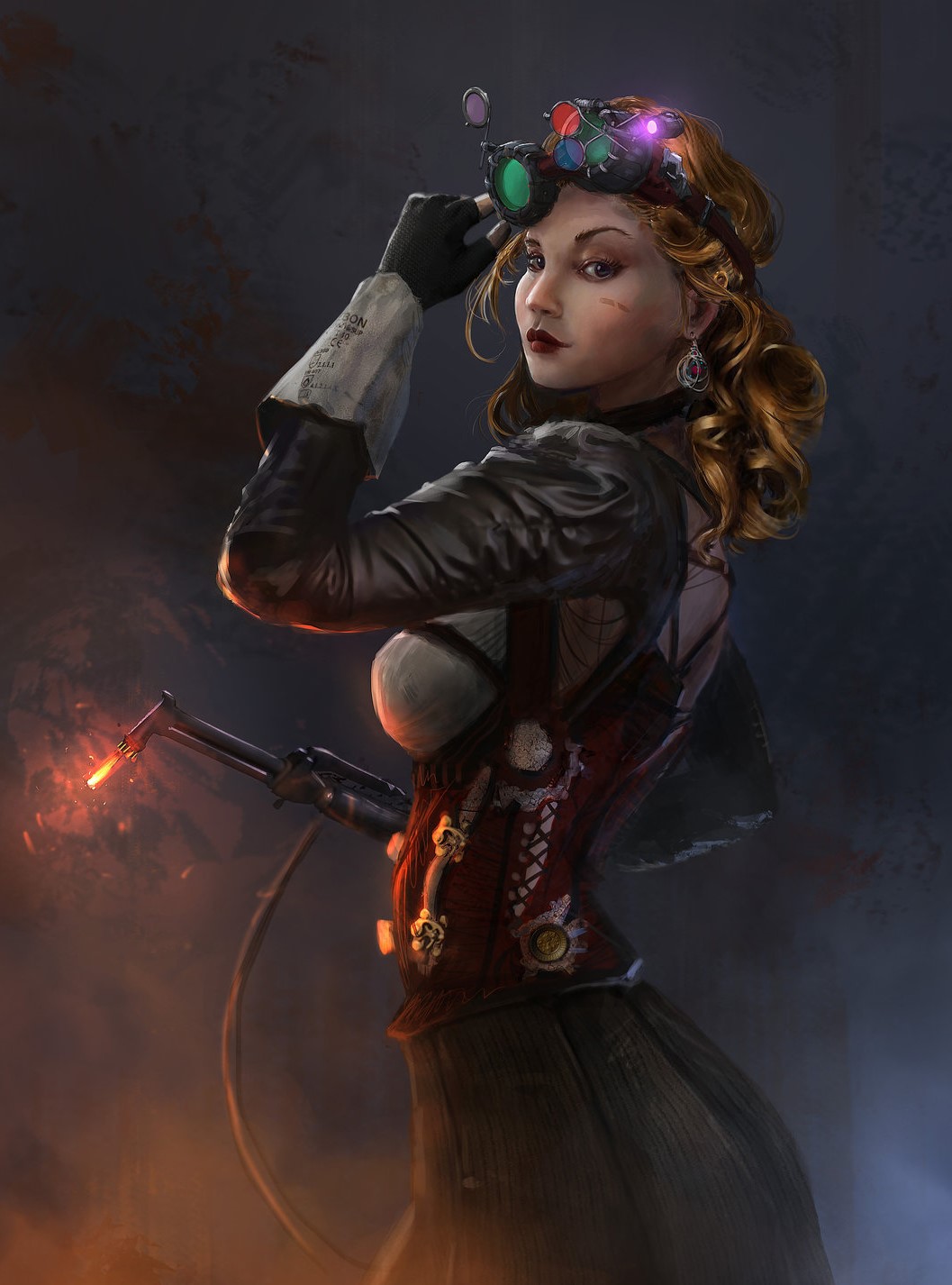 The heart also allows for the storing of Brilliance as well. Meaning a person can store lots of Brilliance into this casing and let it all out at a later time for a much more powerful exertion without any of the physical stresses. This does leave the user vulnerable for a time while this is charging however, and still fall victim to all the side effects while charging the heart.