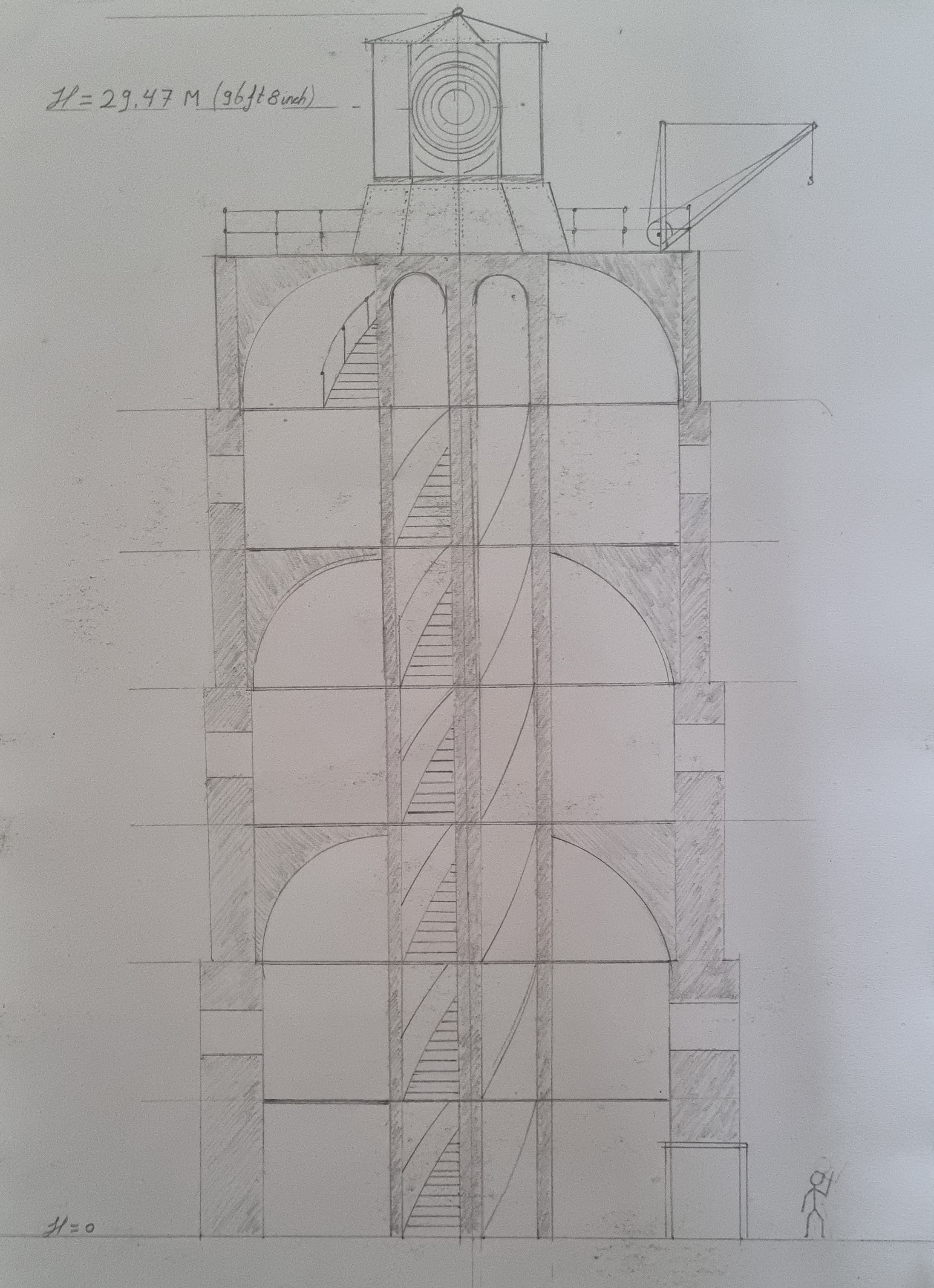 Sandy Isle Tower Light is a masonry lighthouse build in 1672 and at the time of building it had the longest continuous spiral staircase in the western hemisphere. The tower has an octagonal base and consists of a circular core holding the spiral stairs. The core is supported by the outer shell, which thin towards the top and has cross braces to the core on three levels. The tower is divided up into seven levels, which are currently empty and not in use.

The tower is built out of brown brick of irregular sizes and the outside is plastered and whitewashed. The wrought iron light on the top is made of frames with riveted plated, and currently holds a rotating lens, emitting two beams, at a 180° interval. Due to the rotation, the light is perceived as flashes every 8 seconds.

Due to the fact that the tower is built on a hill, the total height from the light (low tide base line) is 55 meters. Giving the light a range of 28 nm

In current day, the lighthouse is unmanned and the once oil fired light has been replaced with an electric bulb, which is switched on and off every day by a timer. For redundancy, there is a second bulb, which will turn on if the system detects the first bulb is broken. Every month someone goes up the tower for inspection and maintenance (cleaning the glass and lenses).

This is a work of fiction, written and owned by Jacob-W
Cover image: by Johannes Plenio

Written for Mapvember 2021, Promt 7: A building known for its number of ladders or steps.