Forged out of Creationite, it glows different colors based on the mood of the wearer. The Eternity ring is a ring shaped like a mobius strip. Over time it was discovered that the wearer of this ring had their capabilities augmented immensely. It also managed to grant the wearer immortality as long as they continued to wear the ring. It was said that those who would hold this relic would persist unto eternity. It was given the name the "Eternity Ring" by the one who forged it. The Eternity Ring has been said to boost both magical and physical potential through the roof just by wearing it. The ring also seems to give off a calming aura to those around the holder.

The creationite used to forge this relic made the ring hold very anomalous properties. It was discovered that the wearer of this ring had their Magical and Physical capabilities augmented and boosted immensely. It also managed to grant the wearer immortality as long as they continued to wear the ring. The ring also held the capacity to resurrect its holder if they managed to fall in battle. How the ring managed to pull off these feats is still mostly unknown. However, it's theorized that the same capability creationite had that allowed the ragmor witch to resurrect themselves using the wand they forged with the element in age 4 is at work here.

The manufacturing process required to make this artifact has been largely lost to time. What is clear thanks to the analysis of the ring's structure is that the ring is actually almost impossibly dense for the weight it holds. Molecular analysis of the ring says that at least 4 to 5 cubic tons of creationite are compressed into the ring shape. How Doctor █████ accomplished such a feat is entirely unknown. But we do know that the Genesis Forge was used to help pull it off.

Only one of these has initially been created. Forged by Doctor █████ at the dawn of time to give to someone he truly cared for, the original eternity ring has since been all but lost to time. Most have yet to learn its true nature and purpose. The legend left in the history books says that those who hold this ring would persist unto eternity. Since the day it was forged the ring has mostly past into nonexistence until around the end of age 4 when Omega managed to find it and gave it to Ciellena K. Bravesoul. She still is the holder of it today but has yet to unlock its full potential. 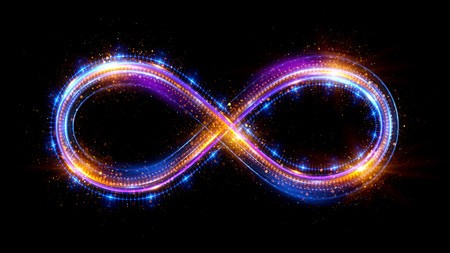 Item type
Unique Artifact
Current Location
ασφαλές-καταφύγιο
Current Holder
Ciellena K. Bravesoul
Manufacturer
Phoenix Corps
Owning Organization
Phoenix Corps
Rarity
The Eternity Ring is considered an Omega Class Mythical Artifact. One of the original relics forged by Doctor █████, it holds immense power and capability with most of the knowledge of its power lost to time ages past. Only one of these artifacts was ever forged, making it one of the rarest artifacts in the known metaverse.
Weight
6g
Dimensions
25x30cm
Base Price
Priceless
Raw materials & Components
The base components of the Eternity Ring were unknown for most of the timeline. Using the best Molecular analysis tech in the metaverse, we were able to learn that the Eternity Ring was made primarily out of Creationite. However, what still confounds is today is the fact that the density of the creationite material supposedly used to make the ring directly conflicts with the weight of the ring itself. Clearly, some Matter compression tech was involved in its creation though we have to figure out what level of tech it was or to what extent.
Tools
The tools required to forge the Eternity Ring have been lost to time. Via Molecular Analysis and codex research we were able to piece together that a Forge machine called the Genesis Forge was used to forge the Eternity Ring. Unfortunately both the correct ingredients to make said ring and the location of the Genesis Forge itself have been lost to the ages.
Related Materials