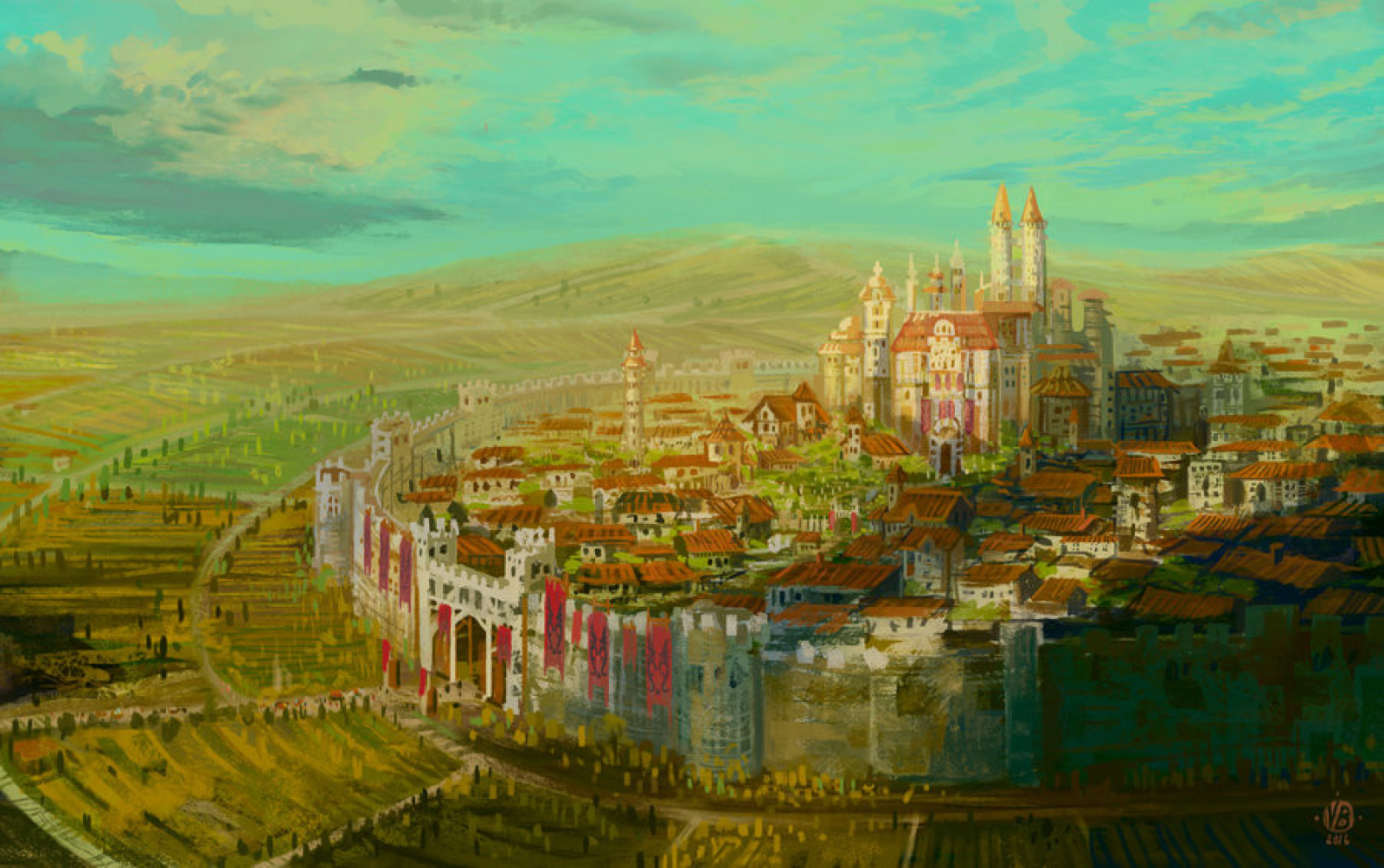 The Land of the Five Rivers

Created by The Frost Atlas, Cover Art by Valentina Barić
"There Over the horizon, the land of bounty, by Simir's Basin, the land of plenty." Excerpt from the Mezidran Anthem

Mezidra is the largest area in the continent Derovas. It is a vast basin, lush and fertile, the bread basket of Derovas and Kotair. The five rivers that flow down from the Boravel Mountains bringing down enriched silt. The white waters that come pass through Deril's Bow seem to possess a divine energy to it that gives the flora an enriched fertility.   The vast Basin extends almost twenty three hundred miles across the entire continent. Four major cities, one of which is the capital, Medidra Ova follow the rivers.

FLORA   The Forests along Northern part of the Basin, are snow covered, just past the Boravel Mountains are snow covered. Wide array of vegetation including Ash, Aspen, and Direpikes. As one goes south, the vegetation changes, turning lush green and yellow.   The fields of Mezidra are a sight to behold. Red, gold, and green stretches of land seem to encompass the whole landscape as one follows the rivers.   FAUNA   Though the central basin is domesticated and is far from infested by wild animals and monsters, the northern basin is a different story. Packs of Direwolves and Direbears roam the frozen wilds, hunting for the local prey.

Direpike wood is abundant in the northern woods, known for its easy magical enchantability and for ritualistic purposes.   Ashali's Earth is the soil deposited by the five rivers in the basin, known for fertility, bounty and growth. Named after the Lady of Bounty: Ashali.   Deril's Ether is the other name for the waters that flow in the biggest of the five rivers. Past the turn known as Deril's Bow, the water turn brighter and almost seem to possess a glimmer in the flow. If watched from a high vantage point, it looks as if tiny pearls are floating down the waters.
Alternative Name(s)
Land of the Five Rivers
Type
Plain
Location under
Derovas
Owning Organization
Kingdom of Dermiel

Answering: "Describe a lush and fertile location in your world."
Visit Frost Atlas's Competition Page Check all other answers to this prompt Competition Homepage