Glasses clink and champagne slides down the throats of the rich and powerful. The finest clothing, perfumes, and flesh are on display. And you, yourself, are about to leave with the most exotic companion of all on your arm.

"Come now," Lysistrata laughs up at you, eyes sparkling. "You have already won the game of wits. What more could you possibly want?" One plump, white hand taps your shoulder teasingly, and then slides down your arm, raising goosebumps.

You catch her hand in yours. Your eyes drift from wings glowing like jewels in firelight to soft, silky skin. Thick black eyelashes cast shadows on her cheeks as her eyes drop from yours. Then she smiles again, a secret smile. A smile you know is for you alone.

She steps close. You can smell vanilla and cherries as she leans forward to whisper in your ear, heavy breasts brushing your arm. "Everything."

Indeed. You want everything. And you have everything, for now.

And everyone knows it.

Lysistrata started out as a poor factory worker. She connived and schemed her way into the household of an independent courtesan. During the course of her education, she developed a passion for food and dancing, as well as sex. And her innate love of manipulation was ideally suited to the life of a high class courtesan.   As an ambitious young woman, she decided to seek some cosmetic enhancements from the Simic in order to increase her desirability. She also wanted to incorporate aerial maneuvers into her dancing--a skill for which she was becoming quite well known.   Well known enough to take out a large loan from the Vizkopa Bank, owned by the Orzhov. She dealt directly with the president.   The Simic Dr. Otrovac, and a team of specialists did the procedure. Lysistrata was put under anesthesia, the grafts were applied, and she was placed in a fluid-filled vat for an unspecified period of time to convalesce. She recognized the Simic guild leader, Momir Vig, taking an interest in the procedure from a distance.   She did get her extraordinary wings, but, alas, the Simic were disinclined to let her go afterwards and her original contract with them did not specify a discharge date. They didn't hurt her, but continued to study her and periodically do medical procedures that she did not understand.   Bored and frightened, Lysistrata convinces someone to get word to Vizkopa of her imprisonment. She figures that if anything would motivate anyone to get her out of there, it would be an Orzhov and money. And it works. The Orzhov want her to pay them back, so they get her released.   To pay off her now doubled debts, Lysistrata is put to work seducing secrets out of the wealthy to benefit Vizkopa and the Orzhov. She also nudges key people at certain times.   Without the permission of Vizkopa, Lysistrata also sets up a lucrative side business selling information to others as well. After some ten years, she is able to present Vizkopa Bank with what she understands to be the balance of her debt. But Vizkopa disagrees. However, he takes the long view. He will give Lysistrata some room, for now. He doesn't want to ruin her value to him.   Among the people whose horribly embarrassing secrets Lysistrata uncovers is Senator Nhillosh. Unlike everyone else--as far as Lysistrata knows--he realizes she knows something damaging. And he sends Osment after her to illegally detail her for crimes she didn't commit to remove the risk she shows. (Yeah, sure, she's committed some crimes, but Nhillosh doesn't know about those.)   Lysistrata convinces Osment that she is being targeted unfairly, and presents evidence of Nhillosh's wrongdoing. Osment goes to confirm this, giving Lysistrata a stay of execution, so to speak, and spends some time doing research of his own. In the meantime, Nhillosh gets nervous, and just sends some Rakdos thugs to kill Lysistrata.   Osment happens to be there, and is trying to convince Lysistrata to testify in court against Nhillosh. He helps her fight them off and kill them.   Lysistrata refuses to testify against anyone, as that would destroy her livlihood--and be no fun at all. She furthermore informs Osment that many, many secrets--including the ones about Nhillosh--would simply become public through routes such as the city papers should she disappear. And that the combination of these secrets would deeply damage the balance of power in the city.

The whole mess with the Simic. And the Orzhov.

She's really very chaotic selfish. She's selfish because she's never experienced anything else. She could learn to be more caring, but never law abiding.   She also does sincerely feel for her patrons and friends. That caring helps make her so successful. But caring for them doesn't stop her from using them. To her, there's no dissonance there.

Loves sweets, fine food, jewels, fine clothes, and attention. Any item of luxury will get her attention.   Also loves to manipulate others.

Excessively generous. Clever. Not an ounce of mean.

Morality and ethics aren't really things she's ever thought about. She isn't actively malicious, but hasn't thought about others much.

Always tries to feed people. Gets very fretful if someone is hungry or if she is hungry.   When she's bored, she tries to seduce someone. Or tease them.   She gets bored a lot.

Grooming is a big deal for her.

Can it benefit her signifcantly?

Extremely charismatic and flirtatious. A lot of fun. Good at drawing the eye. Extremely perceptive and high insight.

Lysistrata has been living the high life on borrowed money. She is living in a beautifully furnished apartment that doesn't belong to her in the first district. It's like a fancy fancy condo, on a high floor in a condo building--perhaps 20 stories high. It has large windows that she can fly out. Her beautiful clothes were all bought by other patrons, and she has recently sold off all her disposable items and used her life savings to--theoretically--pay off a large debt.   She needs money, badly. 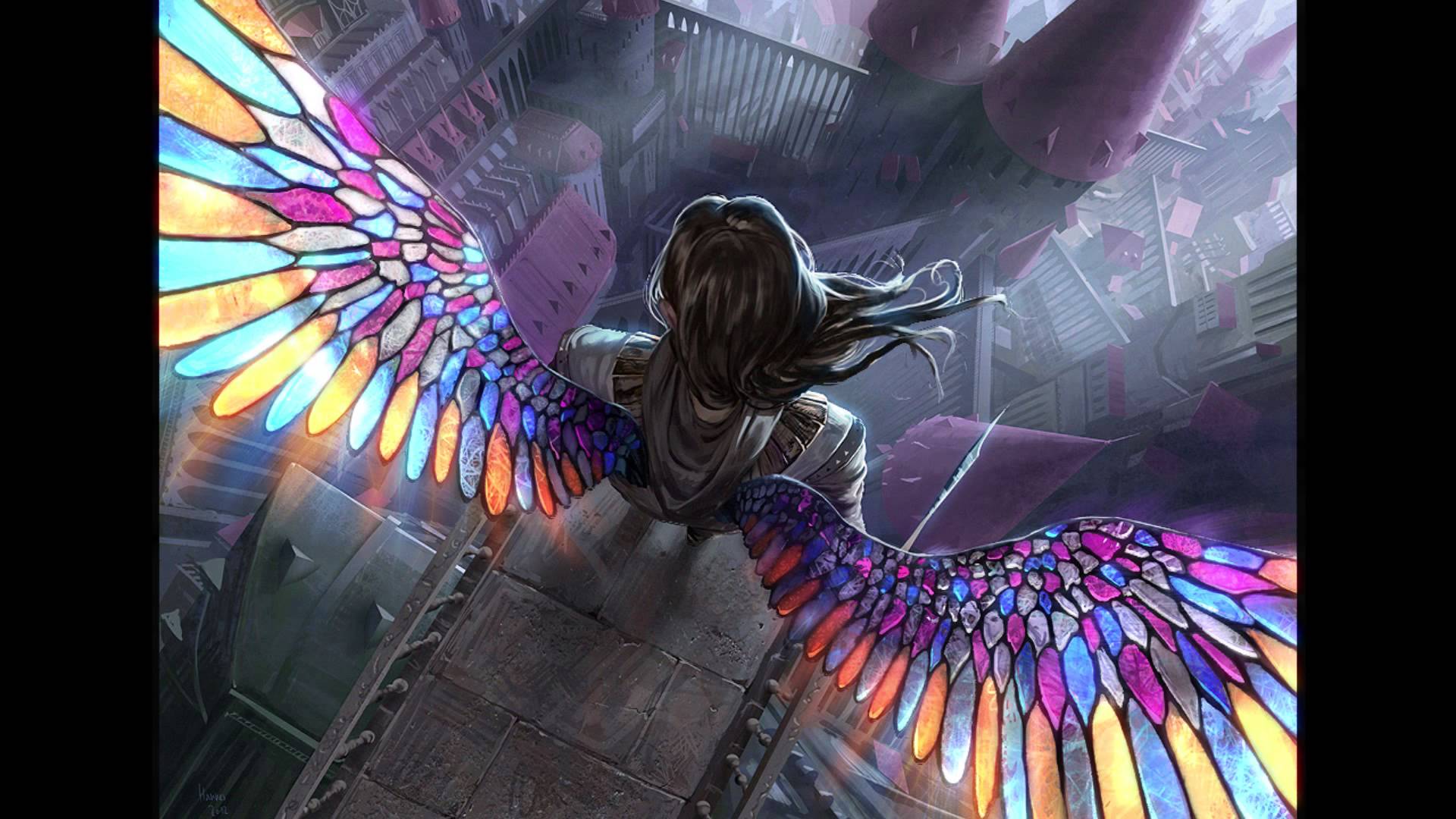 Spellcasting
An apartment full of beautiful things she doesn't actually own, exactly. She's being allowed to use them.
<span class="line-spacer"> </span>
She probably owns the clothes.
Equipment

Enthralling Performance: If you perform for at least 1 minute, you can attempt to inspire wonder in your audience by singing, reciting a poem, or dancing. At the end of the performance, choose a number of humanoids within 60 feet of you who watched and listened to all of it, up to a number equal to your Charisma modifier (minimum of one). Each target must succeed on a Wisdom saving throw against your spell save DC or be charmed by you. While charmed in this way, the target idolizes you, it speaks glowingly of you to anyone who speaks to it, and it hinders anyone who opposes you, avoiding violence unless it was already inclined to fight on your behalf. This effect ends on a target after 1 hour, if it takes any damage, if you attack it, or if it witnesses you attacking or damaging any of its allies. If a target succeeds on its saving throw, the target has no hint that you tried to charm it. Once you use this feature, you can’t use it again until you finish a short or long rest.

Mantle of Inspiration: Bonus action, expend one use of your Bardic Inspiration to grant yourself a wondrous appearance. Choose num creatures you can see and that can see you within 60 feet, up to a number equal to your Charisma modifier (minimum of one). Each of them gains 5 temporary hit points. When a creature gains these temporary hit points, it can immediately use its reaction to move up to its speed, without provoking opportunity attacks. The number of temporary hit points increases when you reach certain levels in this class, increasing to 8 at 5th level, 11 at 10th level, and 14 at 15th level.
Features & Traits