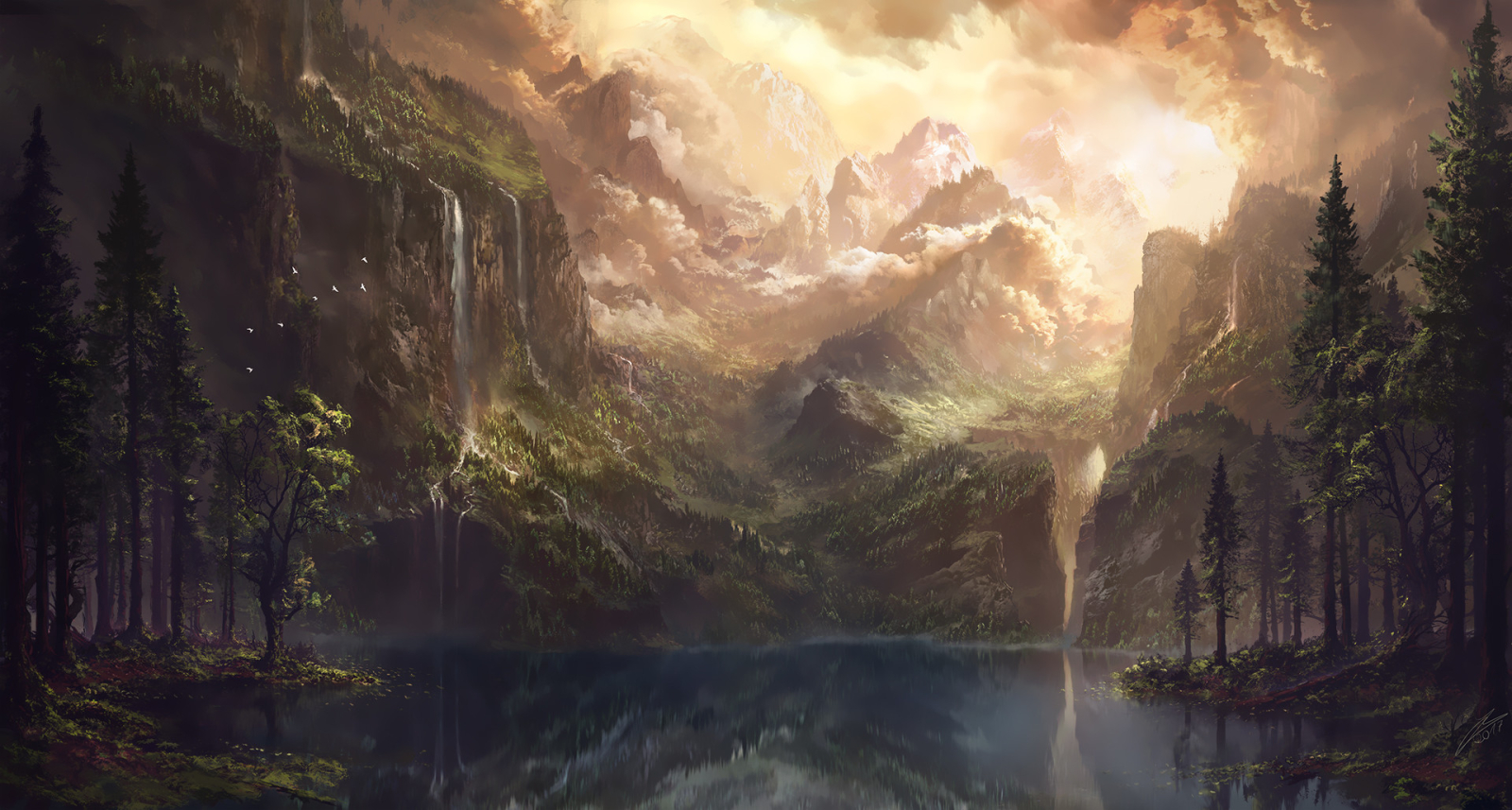 Jochem 't Hart
"Forever may she reign."   Fenoria is a region in the world of Ravelayr that spans from the Assiduus Desert in the south-east to Guan'ra Bay in the north-west. Although there is peace within the lands, it is covered with dense, mystical forests, jungles and mountain ranges that are home to monstrous creatures, bandits, old ruins and strange magic. Often, people have tried to push back the forests, cut them down or sometimes even burn parts to the ground, but these lands and people were struck with strange and inexplicable disasters. Travelers and merchants shun the forests and stick to the roads which are safe, most of the time.   This land has not always known peace, but it was Elyria Bluewater, a former Paladin of Ihrasil who brought peace to a land that had fallen to unspeakable horrors. She drove the evil from Fenoria and brought the nations together under The Fenorian Empire, but at the cost of betraying her oath for which she lost her life.   When the players enter this world, Elyria has been reigning as the empress of The Fenorian Empire for more than 500 years. During all these years, there has been nothing but peace and prosperity. Still though, there are many secrets to be unraveled, dangers to be overcome and tests to be passed.
Oh and if you did not notice yet, the empress is neither dead or alive, she is undead. A death knight if you will.   This is the world of Fenoria, forever may she reign.   If you are a player in this campaign, start reading here: Hand-out
Tweet

Smart, witty gnome, travelling the world to find answers to his many questions.