The Jellyfish and the Leviathan

The following is a tale of folklore, told to caution children who live around the Blacksea. The story, originally believed to be the reason children shouldn’t touch jellyfish found on the shore, has been extrapolated to have a variety of lessons parents could teach about the harms of lying or respect for authority figures.


Long ago, before when people lived on the ground which we tread, when the seas were still primordially chaotic, violently crashing waves licked the skies and thunder boomed sending lightning into the sea, illuminating the inky darkness cast by the storms. This is when Shadiym, the Lord Leviathan warred with the Skulker of the Depths. Their mighty battle was ceaseless and ferocious, pressed further by the Leviathan’s rage, as he was never given the chance to face his rival, to conquer one who contested his claim to the seas. The Skulker of the Depths is a tricky one, and only ever sent the oceans and his minions out to combat the attacks. The Leviathan always devoured these minions, beings of both fish and man, without pause or mercy, but he never triumphed.

Though, the Leviathan had his armies as well, a countless throng of leviathans and whales and beings of the deep, who flew through the skies as the Leviathan itself does. Even though their Lord was once like them, they now followed, spitting lightning and gathering dark clouds for their Lord to use. Though one beast never followed the Leviathan, the small jellyfish. It chose the depths of the ocean and followed the Skulker instead, evasively carrying secrets and whispers to and from its master. One day, the Leviathan found the jellyfish and went to gobble it into his ever-consuming maw. But the jellyfish touched the god and told the Leviathan that if he didn’t eat it, that it would tell him where the Skulker was.

The Leviathan listened, and the jellyfish told him that the Skulker had disguised himself as another, tricksy as he was. He was hidden as a large bird, a minor divine, in fact, named Larmiado, who was lord of seagulls and terns. What better to command the seas than command it from the shore? Even his squabble was of the sea! This made sense to the Leviathan, who took off towards land to devour his prey.

Now, Larmiado had no side in this fight, and was more than content with his gulls, plucking fish from the oceans. This meant nothing to the Leviathan. As the Lord approached, he brought with him a cacophony of rain, lightning, and wind, and massive hurricanes and storms followed in his wake. Larmiado saw the storms coming and tried to fly away. But before he could fly away, the Leviathan dove down devouring the bird-god and eating the shore. As he ate, massive rocks were slammed into one another and Larmiado alike, and he shrieked to be let go. The Leviathan, as he always is, unyielding and callous, killed the god spilling pebbles and sand upon the land and sea below, then bellowed out in his victory, shaking the skies. In his throes, the divine cursed the name of Shadiym, that the gift of flight his birds possessed was not worthy of such a monster.

Yet the seas didn’t cease, his power didn’t grow. He raged, turning back towards the sea with the birds of the fallen god in tow, now in service to their new lord. But the other leviathans and whales and beasts of the deep, those once like the Leviathan, they fell from the skies, plummeting into the oceans below. The Leviathan had lost his army of his own action. 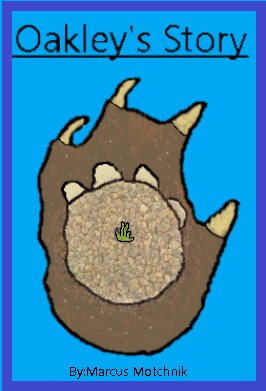