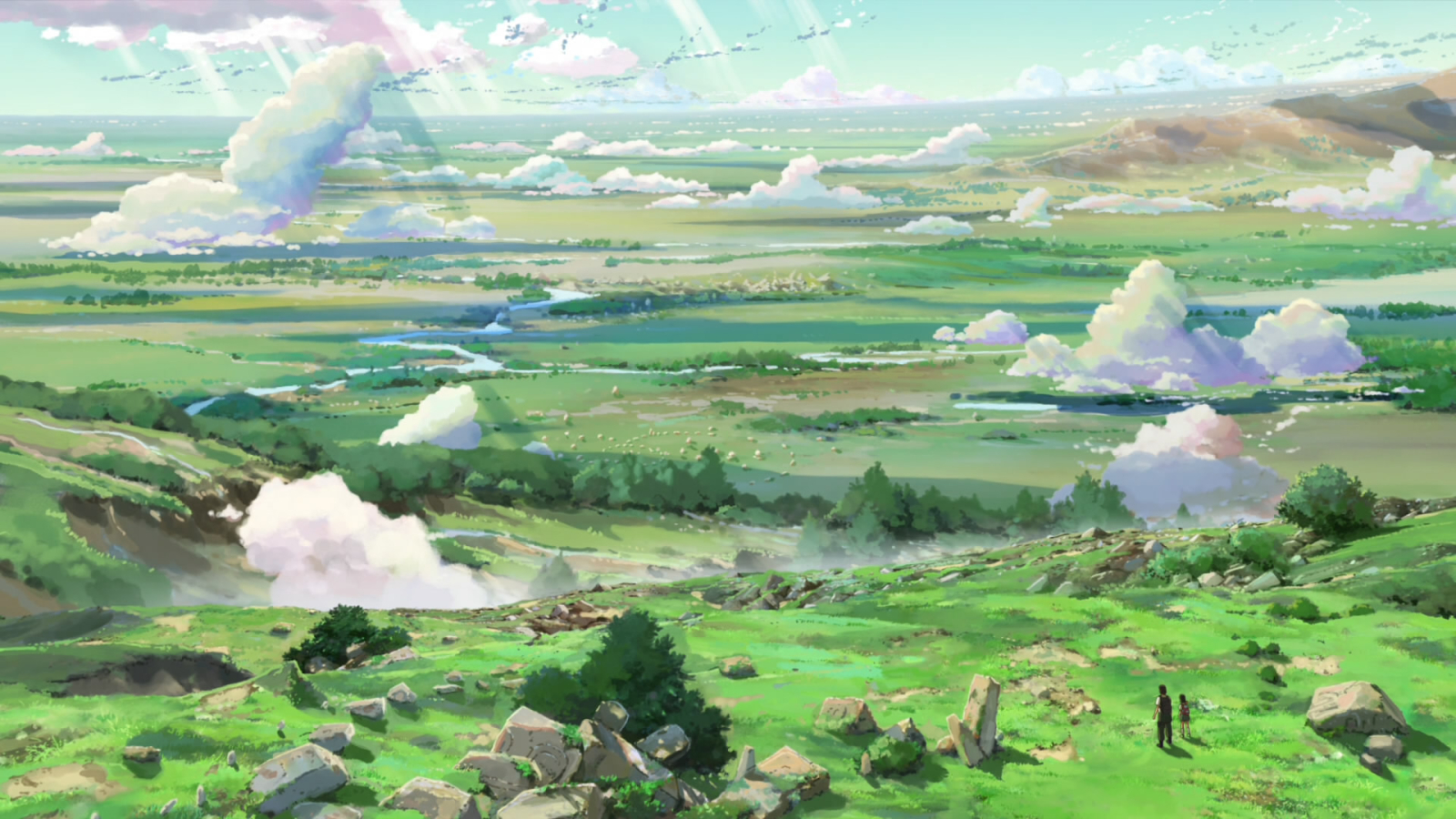 Rakuen features a wide variety of different biomes across its varied landmasses. To the north lies Kohlm, a massive landmass that spans the globe. To the west are rolling valleys and grasslands lining a massive cliffside shoreline. In the central continent lies a disasterous land known as the Zähren, a massive sea of blood that was spilled by the planet's second moon upon its destruction in the last age. To the east of the bloody waters is East Kohlm, made of a variety of empires that reign dominion over the varied lands. These lands of the far east are often strange, with a variety of different cultures intermingling - from the western-minded Opalesce, to the dominion of the Confederation, to Formosa with all its stern splendour, and Ezo's traditional and ritualistic society.   To the south of the continent of Kohlm lies Iryan. Known as the wild lands to outsiders, this place built its own unique nations and cultures over millennia, struggling against titans, wild-roaming demons in their cursed lands, and harsh, unexplored landscapes. West of Iryan is dominated by the Caliphate of Lahaf, a union of sun-dried desert kingdoms. Beyond the rolling dunes and blasted canyons open up into wide savannas, before thickening into endless jungles that stretch across the innards of the landscape out to the distant fields of Eastern Iryan.   Yasōkyoku lies far to the northeast, a distant land of strange creatures and even stranger nation-states. Far to the wide oceans is Land's End, a small anarchist paradise, and the only connecting island on further destinations to the far southeast, unexplored landscapes that harbor endless secrets.   All this creates what the world is as it is known This beautiful realm is one of great mysteries, great gods, and great people's who abound endlessly across the land, capable of remarkable things unlike the likes of anyone's imagination.

Nicely done. short and sweet - come by discord to get feedback from our new review channel :)