Three years ago, the Twilight of the Gods began. Fenrir's children, the celestial wolves Skoll and Hati concluded their epic chase and caught and devoured the sun and moon, plunging the Nine Realms of Yggdrasil into eternal darkness and the unending cold of Fimbulwinter, the first phase of Ragnarok. With the start of Fimbulwinter, the giants of Muspelheim and Jotunheim declared war on Asgard, their ancient nemesis. The war between the Aesir and Jotun pantheons is devastating, and their followers vie for any advantage across the Nine Realms. 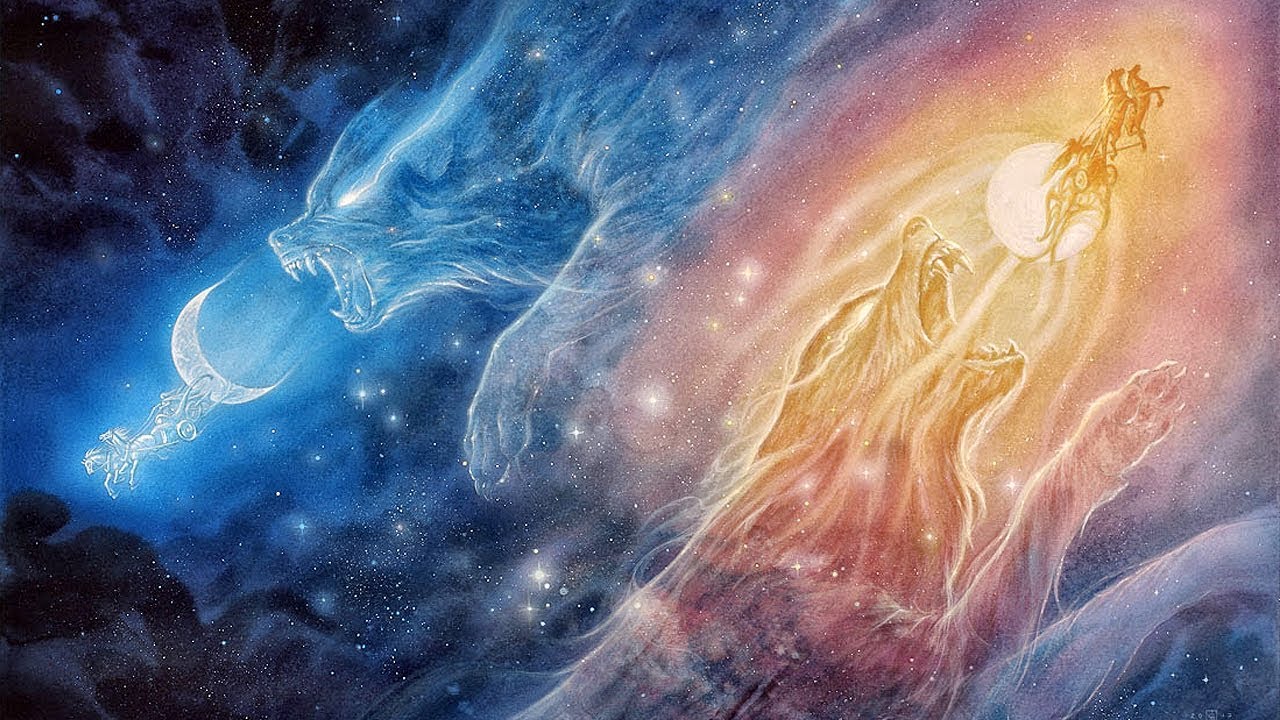 The gods of Vanagard stand apart from their Jotun and Aesir cousins, maintaining a firm neutrality in the War of the Heavens, but how long can neutrality really last when a new universal order is at stake? Meanwhile, the dwarves of Nidavellir take a similarly neutral, yet far more active approach by freelancing, with individuals, small bands, and entire companies working for one side or the other, according to whomsoever pays the most exorbitant amount for their expert craftsmanship, making them rich off the suffering of denizens of all realms.

As if that wasn't bad enough, the Ljosalfar and Svartalfar (light and dark elves, respectively) are at war with one another, and Nidhogg, the Father of Dragons, strains against his bonds in his most ancient of prisons.

But it is not only the higher powers of the Nine Realms that are engulfed in strife and chaos. Closer to home, in the same moment that Ragnarok began, King Harald Fairhair, who had united almost all of the northern, pagan realms of Midgard, died in his bed before naming an heir. The war of succession now tears apart the Scandinavian mainland. Meanwhile, the Crusaders, knights in service of the new, so-called "White God," ravage the land. They believe the sun and moon were taken from them by god as punishment for the sins of their heathen northern neighbors, and will stop at nothing to stamp out paganism. The very spirits that sustain the land are struggling to survive in this supernatural, frozen hellscape. Things do not bode well for Midgard.

There are whispers, though. Whispers of a prophecy of three individuals, known as the Gravelords - mortals with the power to do what the Great Heavenly Alliance of gods, giants, dwarves, and elves could not, and banish Nidhogg once and for all...and perhaps even to decide the outcome of Ragnarok. But rumors are just that. Rumors. Who could dare to hope for such a thing to be true?

Smith Black is greatest black that has ever smithed. He once smithed so hard his anvil cried out in pain. He once made a lady pregnant simply by hammering a sword.

Druidess from the city of Ath Cliath in Hibernia.