The Kingdom of Avers is a constitutional monarchy that originated in the old world. A relatively new kingdom by the standards of their neighbors, it is still a force to be reckoned with. On par with the level of bureaucracy found within the Empire of Rem, the Kingdom of Avers is powerful, efficient, and above all else ready to defend itself and its people.

The kingdom of Avers controls the northwestern part of the new world and as such has a sizable presence. While colonization has never been a priority for the kings of Avers, that has all changed with the coronation of the latest sovereign who has tripled the rate of colonization and outward expansion on the continent proper. All of this expansion is accompanied by an substantial increase in state troops in the area to protect the rate of expansion.

Avers currently occupies the northwestern part of the new world. This territory is at the moment growing exponentially with the current king King Herosd Aversad taking a more active interest in his colonial holdings. Specifically the northern coast of the continent is of particular interest to the king and his advisers.

The Averian Military is a semi professional army due in part to the high level of bureaucracy found within the kingdom. The backbone of the army is made up of a strong core of professional soldiers who are relied upon to do the brunt of the most dangerous fighting and are thus very well compensated. The majority of the regular army is made up of levies from the various feudal lords under the king. While they arnt much good for anything besides drawing the enemies fire, they allow the actual soldiers to do their jobs without taking unnecessary casualties.

While there is no official state religion in Avers, that doesn't mean organised religion does not exist. Most of the citizens of Avers worship the old gods of the world, the primal nature spirits that are known by all. Overall religious freedom is alive and well in the Kingdom of Avers and the Averians pride themselves on this fact quite heavily, and are very welcoming to other religions of all creeds. This goes without saying that an Averian will die for his/her right to worship as they please and do not take kindly to those that would force their beliefs upon them. Also as with all other civilised nations, the worship of chaotic beings/ chaos as a whole is strictly forbidden and punishable by death.

The Kingdom of Avers relies primarily on agriculture and are the leading exporters of crops in the old world and the new. One area a particular note is that Averian horse breeders are second to none and their stocks are coveted by all. This gives Avers a significent boost to their economy on the global stage as horses both for domestic and for military purposes are always in vast demand, therefore having the best quality of horses and the most knowledgeable horse breeders ensures that Avers will always have at least one major export even in hard times.

While the Kingdom of Avers is by no means a technologically advanced nation having no intricate infrastructure in which to help transport trade goods across long distances, they do however have legions of horses bred specifically for the task of transporting heavy cargo over long and sometimes rough distances. The fact that these horses are also the main export of Avers means that two birds are effectively killed with one stone. The road ways in both the homeland and especially the coloines on Choas are mediocre at best making the aforementioned horses as beasts of burden all the more important. Being an agricultural nation, Avers exports an abundance of farm crops and animals, but has little in the way of mineral resource gathering and more importantly the know ho on how to do so efficiently. 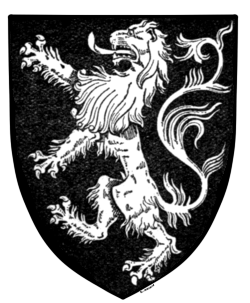 The Lion Roars, the World Listens