The skies of Qet are graced by four great celestial bodies; Yilek— the punctured sun, Niktaluez— the fractured moon, and her sisters. They have many names, changing from people to people and language to language— but for simplicity's sake they will be primarily referred to by these names or as "the sun" and "the moons." 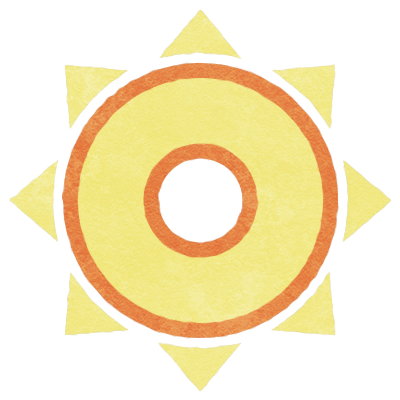 Yilek hangs high in the sky above Qet during the day, it is about two-and-a-half times as large as our own sun, and is characterized by a large hole in its center. No matter the time of day, year, or location on Qet— one will always observe this hole in the very center of Yilek. Depending on the time of year, Yilek emanates subtly different colors— transitioning from a warm white, to a light orange, to a light purple, and back again. Once every decade, a lurid orange glow emanates from the hole— and bathes the world in a gaseous storm known as the Yektouz.

Many Hontualieu believe that Yilek had punctured itself in order to protect the life below it. According to their myths, the great sun had scorched all the land beneath it. After inadvertently destroying a forest it had befriended, it vowed to never do so again— and tore out its center so as to decrease the heat emanating from itself.   The Linnh believe that a great ancient hero, Yihhes, had found her way home after exile at the hands of her father by spearing Yilek in such a way that it would always point its empty hole towards Hanviehl— guiding her as she sailed back.   It is a common belief for the Gokh that Grondh must have pierced through Yilek on its descent to Qet. 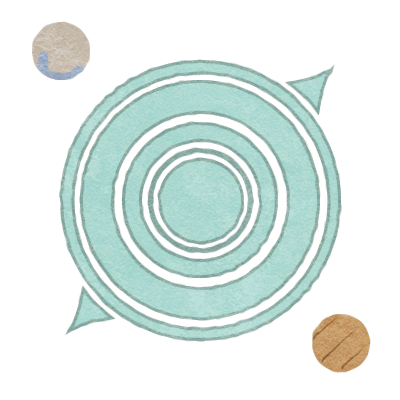 Niktaluez holds herself quietly among the stars of Qet's night sky, supported by her two sisters— Tizue, and Zueki. These are invariably referred to as feminine, regardless of culture— despite nothing of their compositions suggesting anything in regards to gender— as if all instinctively knew them. She is roughly the same size as our own moon, but slightly larger, and sports a turquoise-tinted grey coloring. Niktaluez appears to have been hit by a great object with unimaginable force, leaving circular fractures around its impact, rippling down most of her surface as ringed cracks with greater distance between each successive ring. In fact, the first few "rings" created from these fractures float above the moon's surface enough to be observed from Qet.   Like our own satellite, she is subject to several phases— however, rather than reflecting Yilek's light as we might expect— entire rings light or fade in each phase. No in-between. There are 5 notable phases in her cycle; Klix or complete, Niktatolek or ten-ringed, Niktatohet or six-ringed, Niktakez or three-ringed, and Niktatchao or dark-ringed.     Tizue and Zueki are about a quarter the size of their sister, and are situated equidistant from one another around Niktaluez where they slowly rotate around her, making three full rotations every night. Tizue is of a light-brown hue, with darker brown striations throughout, and Nol is mottled brown-grey with a peculiar blue-tinted stain across her southern pole.

The day of spinning

Every one hundred years or so, something extraordinarily strange happens to Tizue and Zueki.   Both of the sister moons will slowly come to a complete halt in their rotation.   This causes the various oceans of Qet to become infested with whirlpools, a disaster for those out at sea.   Yet— these whirlpools also encroach upon coasts, typically damaging docks and shipyards.   Often, these will bring to the surface ancient artifacts, and in some cases have even revealed forgotten cities.   Thus, this day is referred to as Tchex Tzayleux, or Day of many spirals.

Every one-hundred years or so, the twins moons of Qet stop spinning— and whirlpools form across the ocean in response.

What a beautiful use of your art style to draw the celestial bodies here.   I also find myself very curious about just what happened to them, and why they behave as they do.   You have a very unique world and this article embodies the spirit of Qet. Lovely job.

Thanks! I may go into more detail about their history and make one day, but I don't plan on giving clear answers any time soon! There's fun to be had with a mystery...

Oh, agreed there! And the people below wouldn't know that. (I am glad you do though.)

Your descriptions really make me want to know what really happened/causes the strange hole and rings!

I won't reveal exactly what happened, but I may allude to it in future articles! 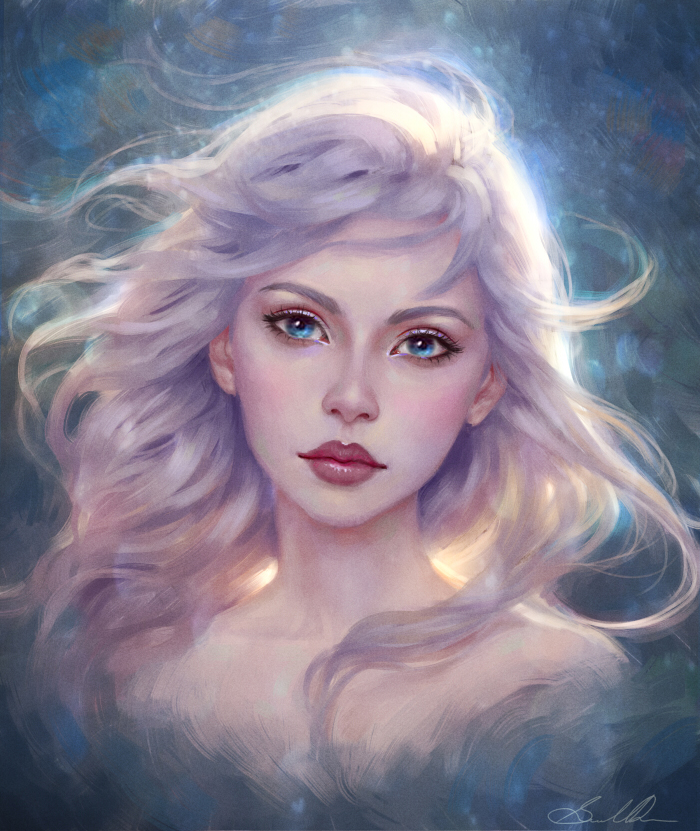 We observe different parts of our sun as we orbit it, so could this suggest that the solar system is geocentric around Qet, and/or the sun is tidally locked towards the earth (unless it's a solar disk across the firmament of the sky)? Since otherwise as the year plays out the denizens of Qet would inevitably observe the puncture shifting out of sight as the full sun emerges during their orbit around the celestial sphere.

You are correct, if this were a standard star the hole would move over the course of a year. There's another option here, Yilek itself is moving. It isn't a regular celestial body.