With its dull, bony knuckles, the creature relentlessly assaulted me. But, after a brief struggle, I managed to plunge my spear through its soft, nigh translucent skin and into its heart— killing it. Its remains were gone when I awoke the next day to burn them.
— A lucky victim

Habitat
Previously occupied spaces.
Lifespan
???
Diet
???
Average Height
3'4"-4'
Average Weight
350lbs
Average Length
5'9"
Asdeom are deadly eldritch beings that are thought to be immortal. When killed, they always seem to return— often with a grudge. What's worse— each time they return, their body adapts to defend itself from and attack whatever had last killed them. 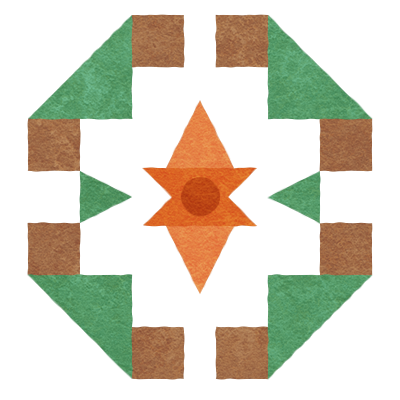 While asdeoms can vary significantly in appearance as they die and adapt, they all seem to first appear in a similar state. Before dying, asdeoms appear as large creatures— roughly the size of the average human— covered in thin, pale-blue skin that is barely opaque. One can even see their internal organs in the right light— all of which appear unidentifiable and don't seem serve any particular function, other than the fact that they appear to be organs. These organs are housed in their torsos, which are vaguely akin to that of a human, albeit longer, wider at the shoulders, and much, much thinner at the hip— truncating in a dull, bony point.   Two bony legs sprout from their shoulders, bending backwards and then forwards— each ending with a sturdy, club-like knuckle made entirely of bone. These legs hold the creature's front half high, allowing their backs to hang behind them. Two smaller legs sprout from their hips, angled backwards so that their "knees" rest high above the creature's back. These, similar to the front legs, end in smaller bony knuckles.   A pale-blue pointed tongue sprouts three feet from the small of their back, and appears to serve as a sensory organ and weapon all in one. Finally, the creatures lack faces— instead, a strange crescent of bright light floats where one may expect a head to be. If one were able to look closely at this light without being blinded, they would notice fractaline forms moving within it.

It came back. That horrid thing came back. Its translucent skin was now hard as stone— my spear would be useless. Where I had first seen dull knuckles, its limbs now ended with singular, sharpened claws. I lost a lot of blood in the ensuing fight, but managed to beat the creature to death with a stone.
— A lucky victim

Asdeoms can adapt in many ways, depending on how they were previously killed. Entire limbs can grow or reform to allow for better maneuverability or to more effectively injure their opponents. For example, an asdeom that dies from a fall may sprout wings, or a flap of skin to allow for gliding. For weaponry, the ends of their limbs tend to change or split. For example, if killed by someone wearing metal armor, their knuckles may sharpen into piercing points. If killed by someone wearing leather armor, they may grow sharp claws on their hindlegs.   Limbs can adapt individually, as needed, and an experienced asdeom may possess upwards of six limbs— each adapted to kill in a different manner.   To make matters worse, their skin can change material to defend against whatever weapon felled them. For example, if killed with a sharp cut, their skin may become tougher— too tough for any blade to cut. This, at first, may be a full-body adaptation, but over time these will be localized. For example, one leg may be tough and bony to protect against cuts, while another may be soft and fleshy— difficult to crush.

Asdeom legs, when severed, do not disappear like the rest of its body— allowing for them to be taken and utilized in alchemical brews, sold, or— wielded as frightening weapons.   Their sturdy make, and adapted ends, make for weapons able to stand up to the rigors of battle just as well as anything made of metal.   Depending on where the limb is severed, it can make for either a single or two handed weapon.   These weapons can be further modified— by combining them with an asdeom's tongue— to adapt on-hit, changing "feet" to whichever would best deal damage to it's target. Each tongue grafted to the leg grants it one more possible adaptation.
Those foolish enough to attack asdeoms with magic— be it manipulative or eldritch— may find on their next encounter that the asdeom has gained similar magical abilities. Thankfully, it seems they can only possess a handful of magical techniques at any given time. They will often bear scars of their previous deaths in one form or another— sometimes appearing as no more than a surface wound where they were stabbed, other times being more apparent— such as lacking a limb which was severed previously.   Through all this, one thing remains constant— their tongues. Their tongues never adapt, no matter how they die. If their tongue is severely injured or even severed— it will not recover. That said, their tongues only appear after the first time they have been killed and returned— remaining inside their body upon the first encounter.

Asdeoms are solitary creatures, which claim quiet areas as their territory. Typically, they reside in areas other sentient beings have previously occupied— be it ruins, abandoned homes, or even shortly inhabited sites such as those used for rituals and camps. Those who have observed them from a distance have noted that they often appear to engage in something resembling prayer— to what they may be praying to is anyone's guess.   Asdeoms don't pursue humans unless their territory is intruded upon, and will immediately attack them upon intrusion. If left alone, the asdeom will recede into their territory upon the intruder's expulsion— but if attacked, they will give chase even outside of these confines. Once killed, they will venture outside of their territory to pursue their killer(s)— though will return home from time to time. It would be unwise for their killer(s) to return there, unless they wished to meet their end.

I'd lost count of how many times I had felled this beast. Perhaps I'd dealt many a blow to it, but it came back healthy each and every time, while my body slowly but steadily wore down. Yet, oddly— something was missing this time. The tongue! I'd cut off its tongue in our last encounter— yet it didn't grow back. An idea then began to form in my mind...
— A lucky victim

To kill an asdeom, there are a few arduous steps one must take, the first of which is the most difficult— severing its tongue while it is still alive. Once dead, an asdeom's tongue will recede into its body, integrating itself with the rest of its body in such a way that removing it would be nigh impossible, even for the most skilled butcher. Once severed, the tongue must be collected, and allowed to dry. The tongue will shrink, and harden, into a tough, nigh-metallic material— allowing it to be wielded as a weapon.   This tongue-dagger will be able to pierce into the asdeom's light— which can only be done when the creature is brought near death, as, like the tongue, the crescent disappears upon its expiration. As this is done, the asdeom's form will twirl into nothingness— as if the light allowing one to perceive it were being stirred away. This only has a chance— though significant— of permanently felling the creature, and may need to be repeated twice more at most.

Asdeoms can be found in the Qet RPG as eldritch monsters! A formiddable challenge, asdeoms will require players to think more carefully when encountering them. Those who best them may find a worthwhile reward, however...

Deadly eldritch beings, thought to be immortal. Each time they return from the dead— their body adapts to attack whatever had killed them.

Strange strings of floating ears which feed on the dreams of man.

Beings which take the appearance of small, trusted animals in order to feed on the feelings of fear and shock.

I dunno who discovered the tongue trick, but they're a hero in my book. These Asdeoms are a big box of "Oops! All Terror" and they gotta go.   As always, good stuff Timepool. You do an excellent job of descriptive text and explain such things as the way these critters always come back but stronger.

Thank you! They gotta go alright, INTO THE GAME.

Ooo, absolutely monstrous beings these are. It's fascinating that they mostly leave people alone, as long as they're left alone. I love the detail about building adaptable weaponry with their tongues, too. The ongoing quote through the article of the person dealing with an Asdeom coming back at them over and over is really excellent!

Thank you! Yeah, I wanted to make sure there was an interesting reward from killing these!

I love the story you tell through the quotes in this article. Really emphasises what you say in the rest of the text. Great idea. I think I'll do my best not to come across one, though.

Thanks! And hey, you say that now but what if you want the shiny weapon?