The Raft Ferries were literally as described - simple wooden platforms bound together that were used for transportation across narrow stretches of water where walking was either dangerous or impractical.

They are also a relic of design from when Qal'ath had a formal alliance with the Foyii / Woodsmen. The Foyii, using only wood that had either fallen naturally, or spare from the necessary felling of Trees in the construction of homes (which was only ever for families imminently expecting a child, or already having small children). Originally, the rafts had been enchanted by the Seers in the The Forest of Doon such that they would not capsize even in a perilous storm. All the passenger had to do was cling onto it and they would be safe.

However, when Carnael II brought in the Foyiitùn ban, following an altercation involving the Foyii / Woodsmen and his then-high-ranking officer, Rostan, the enchantments faded in the same manner as their friendship.   This means, by 553 AFD, they were dangerous, disenchanted rafts only used on the rare occasion when the rivers were calm. The current rafts, numbering now only about five, connected Bezélan with The Well, Nirryi Isle and occasionally the Ford of Lyth, when Slupè ferries were in short supply.

Who Maintains the Raft Ferries?

Officially, the Woodworkers in Qal'ath. In practice, the few folk who utilised them likely mended and replaced parts themselves to make them as safe as possible. One Raft Ferry was kept on the southern edge of Crystal Circle Island to allow them and their servants, safe passage to The Well to monitor water levels there. 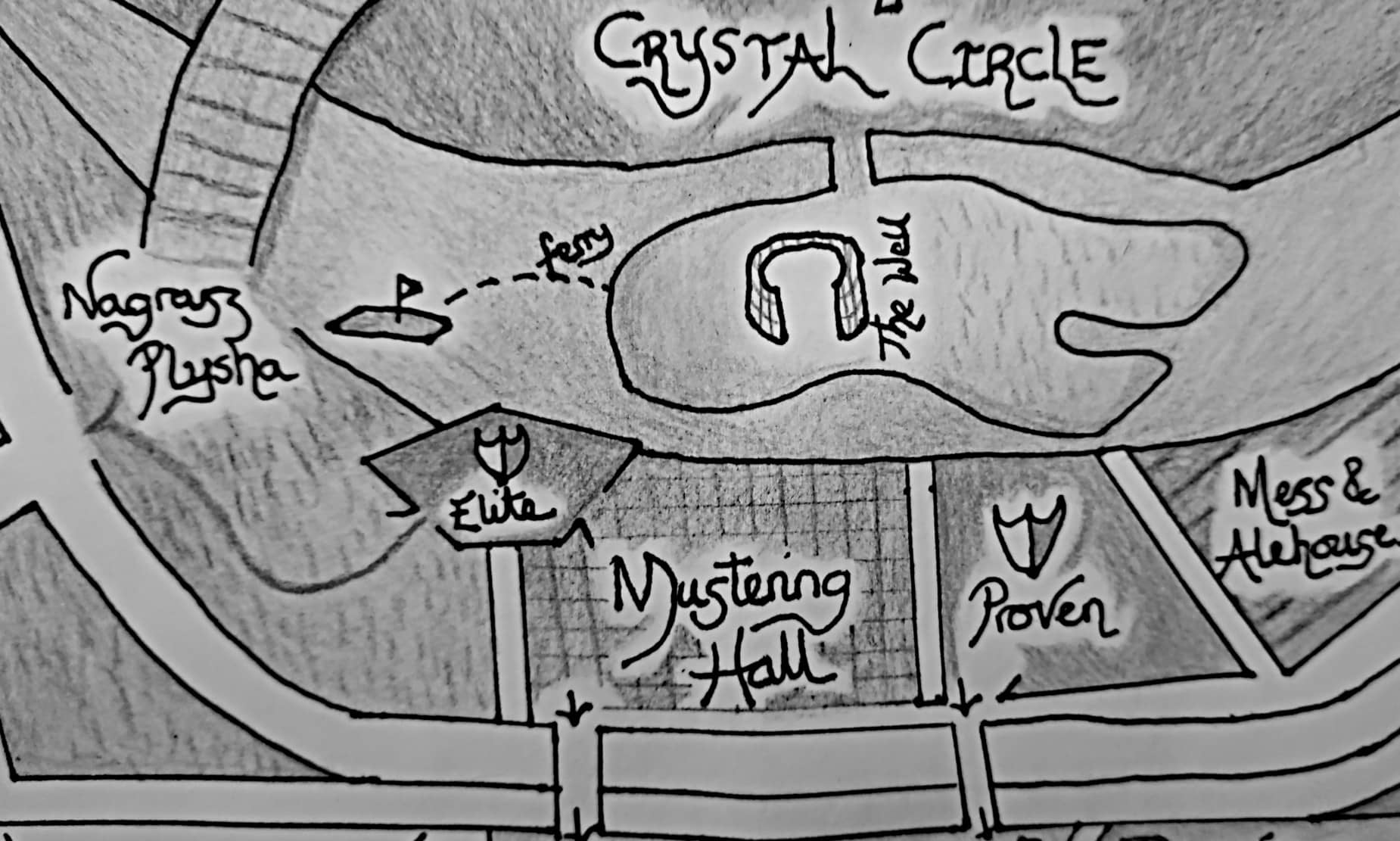 Remove these ads. Join the Worldbuilders Guild
Realm of Qal'ath