This world is lost, but that doesn't mean we have to die with it.

After the Drowning of Vertixico and all omens becoming ever more dire, the God-Hunters held a great assembly to debate the future of mankind. Though their task had always been grim, it now seemed desperate - like the last, thrashing strikes of a dying prey, locked tight in the jaws of an unrelenting predator. Their quest for vengence had, perhaps, been useful once, but at the start of the third Age of Darkness, seemed futile. 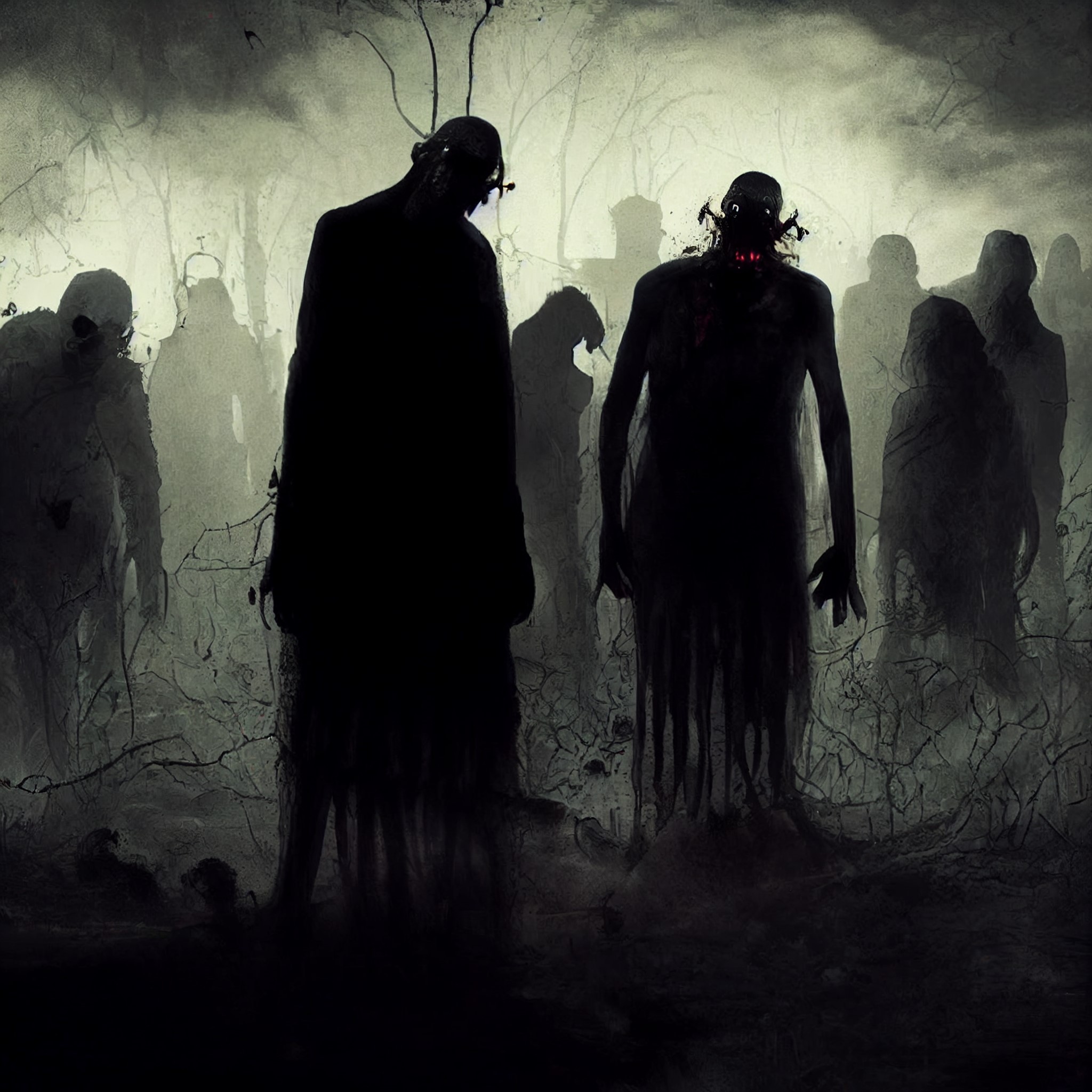 Every day, the Hungry Dark crawled closer to enveloping all that remains. The loss of Vertixico and all its wealth is perhaps the greatest loss suffered since the Shattered Sun - all its people dragged off to the Abyss for reasons unknown but certain to be terrible. With such a bounty of corpses, many present raised concerns about the host of Puppet Dead that could be marshalled against the city-states that remain.

"All is lost" Someone voiced what they were all thinking. Silence fell upon the assembly, dread filling the heart of every soul present.

Fortunately for the world, God-Hunters are nothing if not a tenacious breed.

"Not all. As long as we draw breath and a single light remains, there is hope." Said another.

That voice belonged to Mariwyn, one of the few to have slain a god and absorbed their divine spirit, with the scars to prove the deed. The Divine Death Curse levied against her had stolen her sight, forcing her to instead see the terrors of what seemed like an inevitable future. Instead of despair, it taught her what not to do. Though fearful still, order settled again among the assembly - and soon, fear warped to the spiteful defiance that have so come to define those who hunt the divine.

by Midjourney by Q

"If there is no hope left for this world, let us seek another. Beyond the Wound In the Sky - no matter what awaits us there, it is better than staying."

Only one thing could carry humanity into the Wound, the Vanished Moon - the lunar deity who hid somewhere after fleeing from its place in the sky. If they could find the godling and bend it to their purpose, perhaps they could flee from here, riding on the moon. Here, Mariwyn revealed another secret - the Dying Howl Storm, thought to be the last scream of the sun-god, was not racing at random across the world. It was chasing the moon, an echo of the bond the two gods had once shared.   And so it was decided. The God-Hunters would ride the stormwinds of the dying howl, close enough for the sun to burn their skin, until they found the Moon. They would conquer it and bring it back to the embers of civilization, and upon the moon they would ride into the Wound in the Sky and into whatever lies beyond. Be it salvation or horror, mankind will not go quietly in to the dark, but fight until they are drowned.

This end made me tear up a bit. I hope humanity finds what they are looking for. And it would be nice if the God Moon comes back and saves the God Sun <3

Alas, mankind has learned not to put their hope in gods, but into their own hands :)