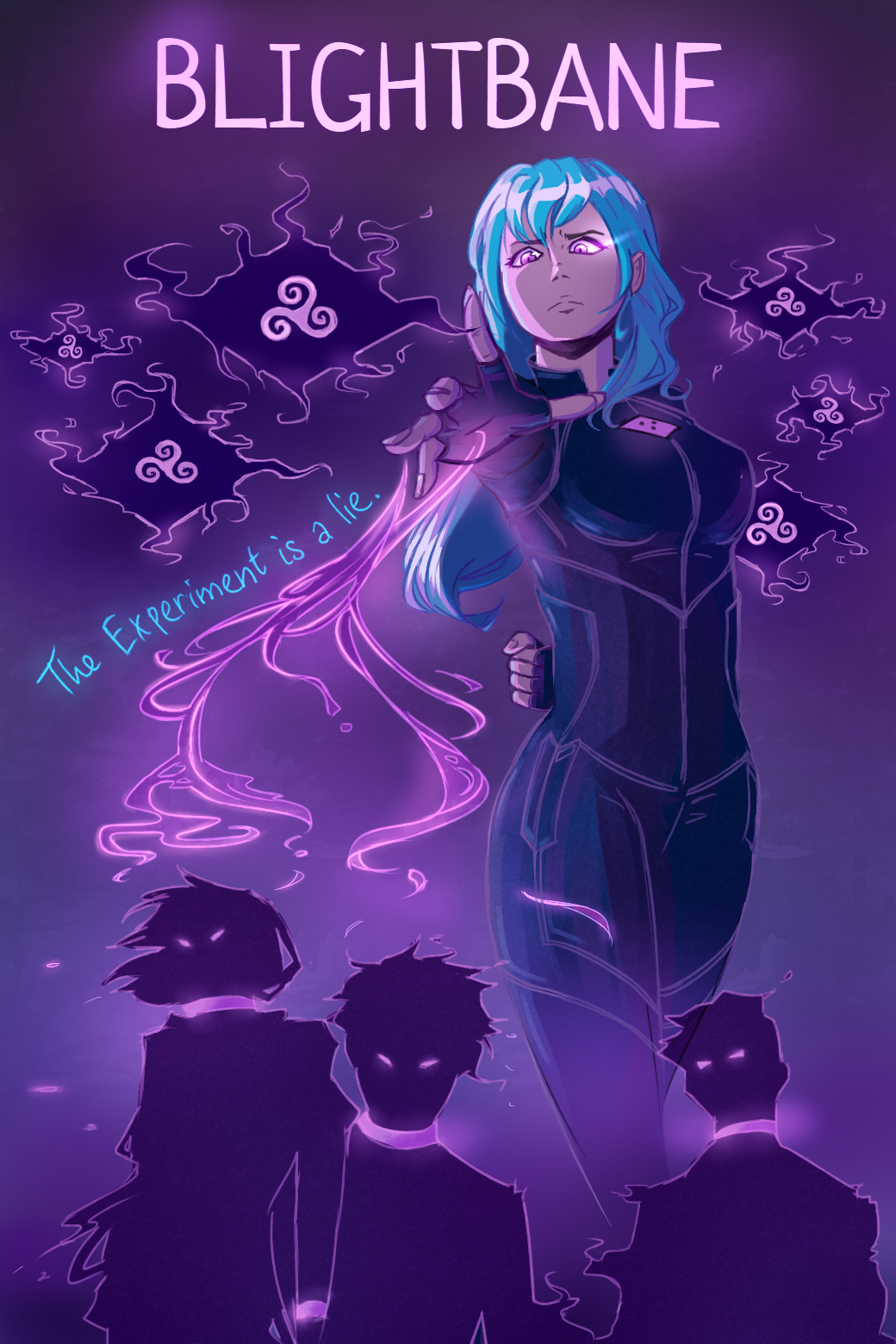 An experiment is taking place on a planetary scale.   Across the surface of the planet, a phenomenon referred to as "Blight" is spreading. Festering regions defended by fierce creatures called “blightbeasts” taint the surface, warping the land and proliferating unceasingly. Among the sentient creatures of the planet, it is the Blightbane Guild’s responsibility to stem the tide. They endeavor to cleanse the land in a struggle of attrition, but they are losing ground.   A young man named Caim has been uprooted from his former life and transported to The Shrouded Theocracy, an isolationist nation with fanatical policies. He must struggle to survive with only an unfamiliar strain of magic to aid him. There is a secret to this magic. One he knows very little about. He intends to explore just what makes this magic special.   On the far border of the theocracy, a mage scientist named Inis discovers a revolutionary new way to infuse strength from defeated blightbeasts. Using herself as a test subject, this process allows her to grasp magical concepts previously thought beyond her reach. Though she tries to document any side effects that arise, something escapes her awareness. She is playing with a dangerous force that will claim her most treasured asset if she isn't careful.   Everyone and everything on the planet is a part of the experiment. The experiment is a lie.