"I'll tell you, mate, don't go up to that bloody island. Whatever you do. Don't bloody go there."
- The Captain of the Neverresting Ember

Though it lies within the influence of Kirchwal, the island that the Fel'ur'ni inhabit is rarely visited, and the town that was attempted to be settled there lies in ruins.


While the Fel'ur'ni keep to the region that has been dubbed as the Wild Enclave, adventurers and explorers sometimes visit the shores for fleeting and dangerous encounters with them that occasionally costs them their lives.   Having grown up on the tundra steppes that lay across the Wild Enclave, the Fel'ur'ni are hardy and are skilled warriors. They have little want or need to visit anything that lays outside their Enclave.   The Fel'ur'ni keep to themselves, with their communities divided into their own respective areas of influence in the Enclave. Few of the Fel'ur'ni are not expertly proficient with at least several kinds of weapons, with most favouring the bow, short sword, and daggers, though some so have a fondness for spears or staves.


The Fel'ur'ni were once forced to wage war on Kirchwal when they attempted to assault the Wild Enclave and place a permanent settlement on their lands. This war lasted no more than a few weeks, as any soldiers sent by Kirchwal were found dead by the time the next deployment arrived. After a few battalions were deployed to the Enclave, seemingly to die, the Crest found that it was too expensive to continue their attempts, despite the potential wealth that could be found in the Enclave. 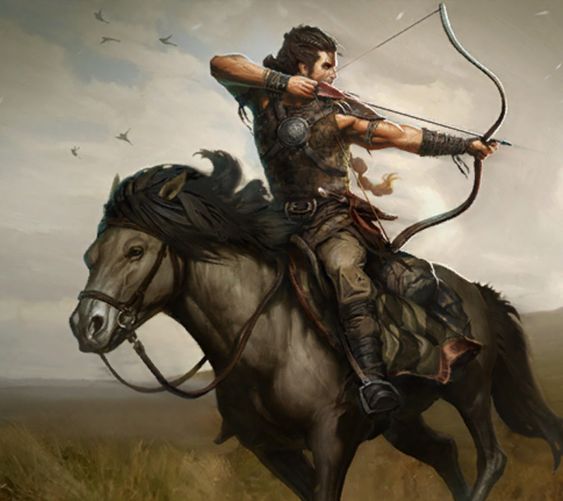 I got a laugh with reading that quote... I also enjoy the idea of wars ending before they begin due to home advantage. Nice article :)

Glad you like it! The quotes I write have me laughing a bit before I actually get my articles done.

They remind me a little of the Mongols of our past. Do any ever succeed in making communication (peaceful/trading) with them?

If they have, they've kept it to themselves.

Beyond what I gave ya on the discord, maybe a section about rumors/myths other cultures have about them? :)

I plan to add a bit more after Summer Camp, don't worry!