What is Cyakain? A Meta Article

"Full name?"
"None, last name of your Business."
"Huh, we got a smartass here. Do you know where you're at, child?"
"Somewhere very smelly, given that my nose was the first part of me to die."
"Oh, that's the least of your problems. Remember an Iguannad, by any chance?"
"Yeah, quite the lady. Had a few drinks, went to a couple of shows, sold my soul to her in exchange for fame and the power of comedy. You know, the usual."
"Seems to me like you got the short end of that stick."
"Meh, wasn't using my soul that much anyways."
"Glad to hear. Wasted souls are a delicacy these days. Well, seems like everything is set: next stop, the eternal suffering."
The creature wrapped its hands around the bard's head. In a moment, she saw visions of all the pain she was to endure, the flow of blood and the beating of her heart slowly fading away, as if it had been running from her.
"Uhhhhh...Any plan B?", she muttered with less joy.
The prosecutor grinned, offering the visage of an uneasy path.

Cyakain is one of the settings planned out for the PROJECT: Pandora compendium. This is a meta article meant to present the essential pieces that constitute the setting, as a way to encapsulate some of the more general aspects and introduce the players to the core ideas.

Cyakain is a representation, a material realm where the locations shape and twist to fit the needs of their hosts. Whenever a sentient creature in any corner of the Multiverse would strike a deal with the devil in exchange for their soul, they become a vessel for torment, in the bowels of Hell. But there's always an out: Go through the maze that is Cyakayn, pass its trials and maybe reduce your condemn. But be wary, dying means going back to the start, and having the soul be condemned much worse and longer for each failed attempt.


Pantheon of the Pact

Originally, the forces of Hell had trouble sharing prey, reaching the brink of annihilation over civil war. But, rational as they were, they noticed that they had a much larger common benefit. All the Devil Clans struck an Ultimate contract, one to topple all animosity and establish the basis of what Devilry would become, the laws that govern this world, and the walls that form the fortresses where their pact is tested.

Each of them has their own deals and prefers to test the condemned in their particular twisted ways. As Devils are often too important for them to pay attention to the souls they already have reclaimed, this work is often carried out by a collection of Mephits and each clan's preferred workers. 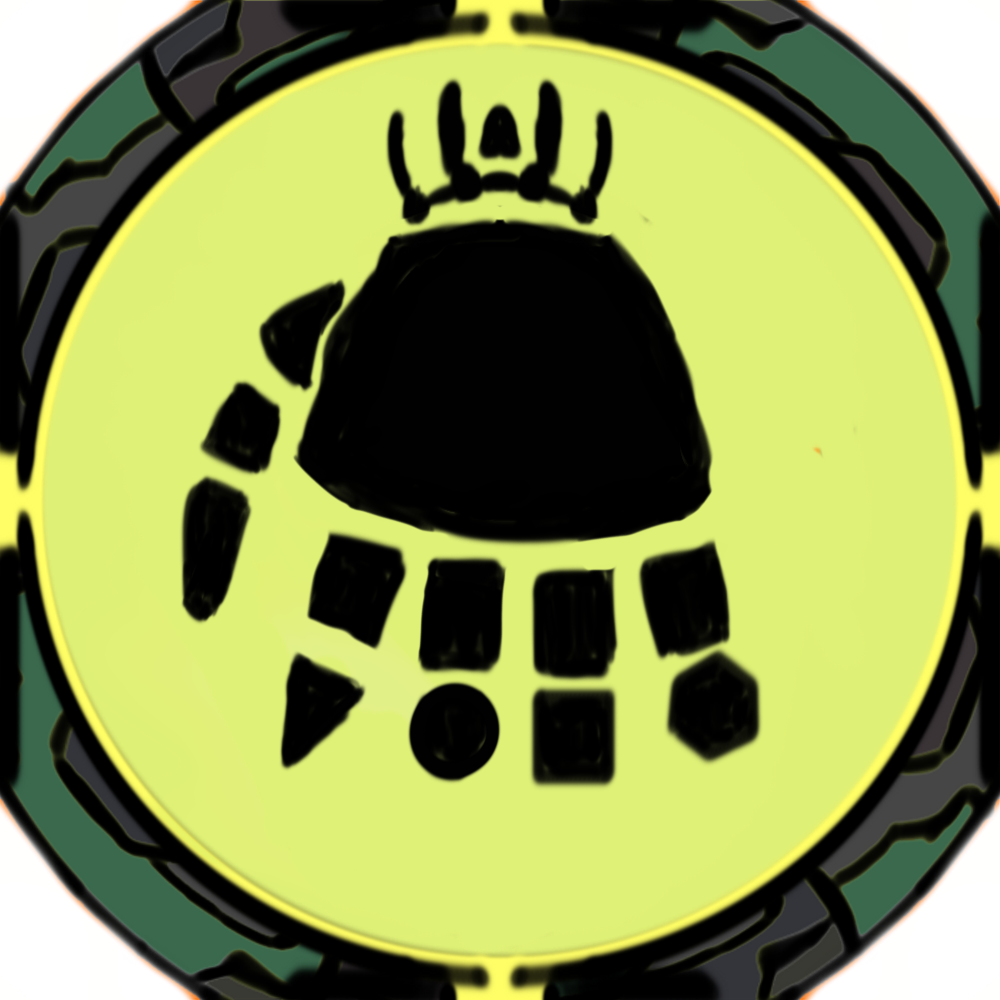 As far as settings go, this world is supposed to work under the premise of Science Fantasy, particularly that related to the concepts of machinery and its integration with the arcane by using a modern approach, reaching beyond a Clockpunk approach from a technological standpoint.

Cyakain itself is a collection of modules controlled by the different Clans, where the condemned undergo a series of tests. Each time they achieve victory, they'll have to continue to the next one, until they die or their sentence is revoked. This means that Cyakain is virtually infinite, as it doesn't meddle with the laws of any material plane.
This world is meant to be very focused on the different trials, mixing Social Intrigue with Action and Exploration, but always taking the infernal nature of its landscapes and inhabitants into account to throw a harder challenge into the path of the unsuspecting traveler.

Any PROJECT: Pandora setting has certain characteristics that point towards very negative worlds, where positive characters have to break through and thrive. This usually points to a place where the world is rather grim, with a large player agency.

In this instance, the world of Cyakain is cruel and dangerous, but fair. Devils always abide by their deals, and they recognize the skill and resolve when the adventurers fulfill the tasks. If they didn't believe that the system could eventually work for someone, they would just outright torture everyone for eternity. But they find great interest in the advances of the condemned, so they let them walk through the maze.

Legends of the people who escaped paint the walls of many modules. Nobody can ascertain how true they are, but the idea is enough for many to keep trying, to collect the scars, and to keep going.

This presents a prison where the conception is Dark in terms of Quality of Life, with adventurers having to constantly struggle and rest for the next challenge, with player agency ending up in a similarly Neutral spot, as the strong and the cunning have a very good chance to get far and persevere, at least until their next misstep.

| The search for hope: In this case, the driving force that compels the adventurers to keep going is the hope that, even though their soul is tainted, redemption is still possible, as they are penitent and truly aware of their mistakes. With every success, salvation is a bit closer and the exit of this cycle, a possibility.

| The finding of the family: It's common to find other people on the same path as you, as there are as many people as places in the maze of Cyakain. Often, these groups attack each other, maybe just enraged or as prevention. But more often than not, bonds are made. After all, the complex was made under the premise of putting differences aside and learning to work towards a common goal.

| The discovery of oneself: As evil latches onto the soul, those who are truly wicked never change. Many still try to pay with a soul that bears no weight. It's those who delve deep into the nature of their soul and look through their acts to find the mistake, to correct and to understand where evil is rooted, and how to find something better, how to be a better version.

As part of an open setting engine, a game in Cyakain highly depends on the story the group wants to tell. While the world is better suited for stories about redemption and improvement, there are many people to be and perils to face. Whatever the main premise might be, it's recommended that the players keep going and explore further and further. Some possible directions for a campaign might include:

| The Power of Friendship: The original premise had the players travel through the rooms, facing various and diverse challenges. This favors a hybrid playstyle, where players shift back and forth between the presented activities and strengthen their connection as a team of condemned, looking for freedom from their shackles.

| Something Burnt: Similar to the first one, but taken in a much more narrative approach, this option tries to answer questions regarding the true nature of the maze. How does it truly work? What are the devils' true intentions? Is there really any salvation? Through narrative and progression, players will come to find the many secrets that Cyakain hides.

| Under the Thumb: To contrast the previous options, this has the players play as workers for one of the clans, managing their own module and confronting the adventurers that may come through. An alternative to this idea presents the players as members of a minor clan, looking to build their own identity and even enter the Pact as a new force of Hell.
These are just basic guidelines, which GMs and players alike are free to bend and reshape to their liking.

For the authority that has been given to us, in life, afterlife, and whatever may come next.
— Footnote of condemnation contract

This setting was born from a marvelous one-shot I did with some friends. It's meant to revolve around my passion for rogue-like/lite games and the concept of "absurd" fantasy, which presents bizarre elements in a light that still manages to present a bleak image of a world, appropriate for the Pandora compendium.

The first reference is that of Dead Cells, a "roguevania" where a terrible plague has ravished the kingdom. But the character is a parasite, it's not a holy mission, it's a selfish run to defeat the king. The areas are quite diverse and labyrinthic, evoking the sensation that the only way is forward. The enemies I find to be quite humorous, however deadly they might be. But the main takeaway from Dead Cells is its fantastic sense of humor and setting, where magic and technology fuse in an unseemingly way, allowing for rudimentary weaponry and futuristic traps alike.

The second reference involves another game, Slay the Spire. A game with an even louder sense of the absurd and humor where futility plays a central role and no one is objectively out of guilt, for even the main characters go through the Spire for their own reasons. If you haven't given it a look, I wholeheartedly recommend you take a look and absorb its worldbuilding, for it has helped me a great deal to fall in love with this standpoint.
The third one includes a discontinued TTRPG podcast from my favorite GM, Valzoak, which has the players go through an endless tower in an attempt to fulfill their tasks. The characters in this instance are incredibly wholesome and the situations they get in bring that lightheartedness into an otherwise struggling context. Unfortunately, this is only available in Spanish, but if you're able, give it a listen.

The Pact - Factions, Methods, and Nature
The Contract - Stipulations, Trials, and Tribulations
The People - Stories, Skills, and Fellowship

Hugiiin!!!! This new setting is so scary and intriguing at the same time. Good job!! idk if I'm brave enough to play it but i want to know more :)