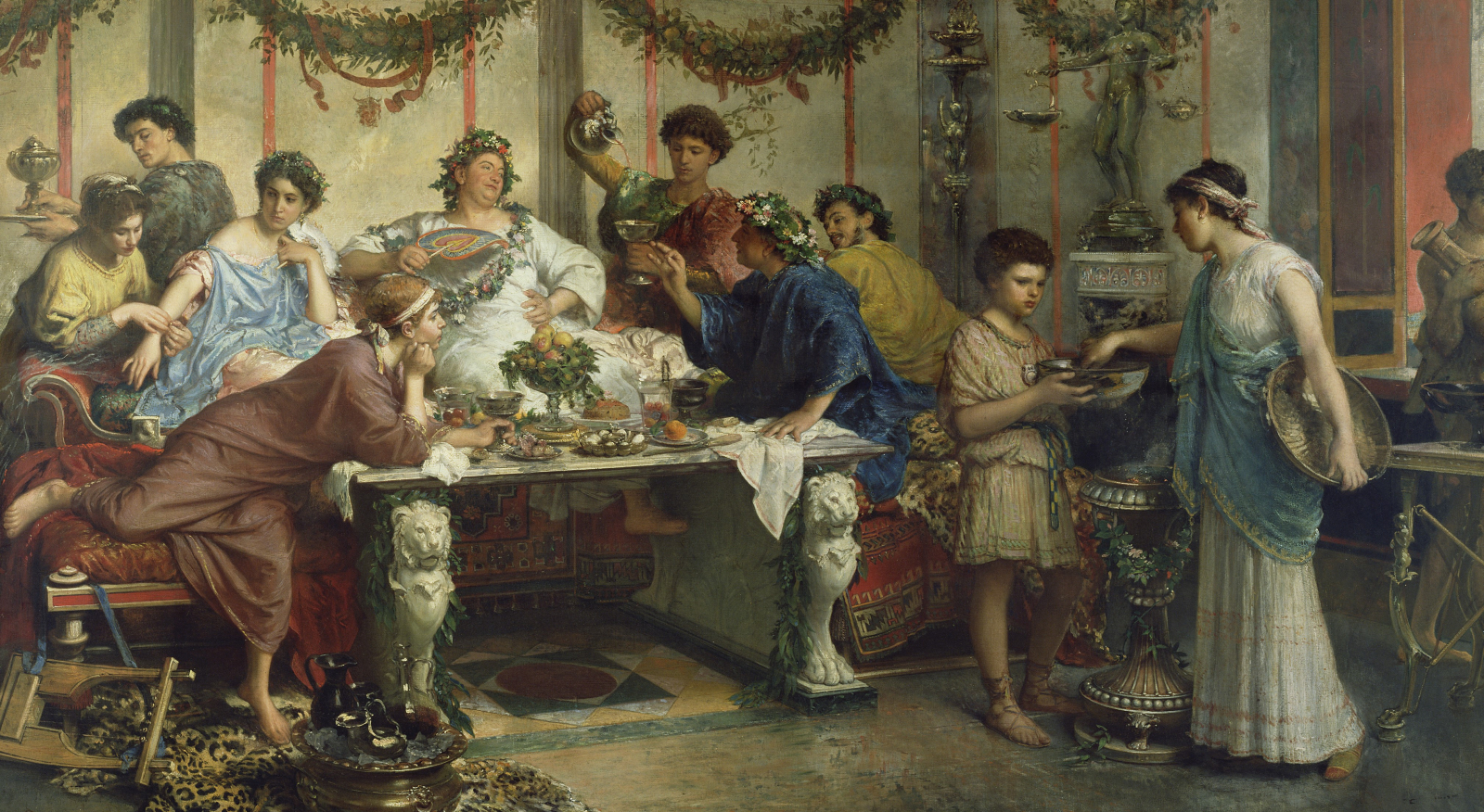 Notes on all the useful info I can remember about Sérannian food.
— Isabelle 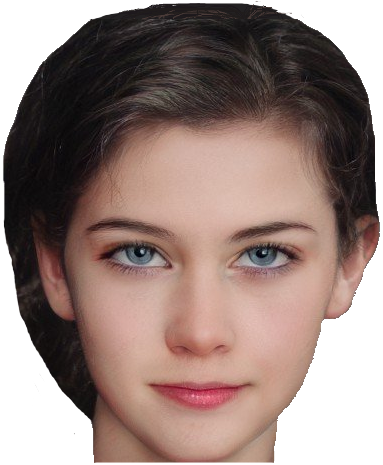 Isabelle is a French young woman who was brought through a magical portal to Sérannie, hit with translation magic, and told to help the Séranniens beat their Dark Lord. Only, once the questing party triumphed, she was forced back to the normal world. She is rather bitter about that.   While looking for a way to go back, she writes journal entries about her time in Sérannie to not forget what happened and to prepare for her return.


Séranniens can use magic to keep water pure of pathogens and wells are usually protected. This means that water is the main beverage drunk by the population. However, anyone with the means to do so appears to do their best to never have to drink pure water in their life. If they can, they favour all mixture of different fruit juices. Juices coming from only one type of fruit seem to be reserved for the poor, and everyone appears to have their own mixture recipe and to treat it with as much respect as French chef do with any of their dish.


Alcoholic beverages are made from different types of fruits, like we use grapes to make wines, though Séranniens mix several fruits together—I think the mixing must happen before the fermentation rather than afterwards. I haven't seen anything similar to beer so far, or even any type of sparkling drink, alcoholic or not.


Boiling herbs in water, unfortunately, seems to be an inter-universal practice . While wine is reserved for lunch and dinner, and fruit juice for breakfast or refreshment during the day, those herbal infusions are mostly drunk during meetings between equals. I think they are associated with the concept of negotiation, but that's not clear. At least, the infusions also tend to be fruity, so they can be tolerable.


However, the exact recipes used to make them also seem to be personal to every Sérannien, and so you never know what you're going to get. Asking to add or remove stuff from your personal cup is very offensive judging from their reactions—not that I've seen any sugar in Sérannie, anyway. 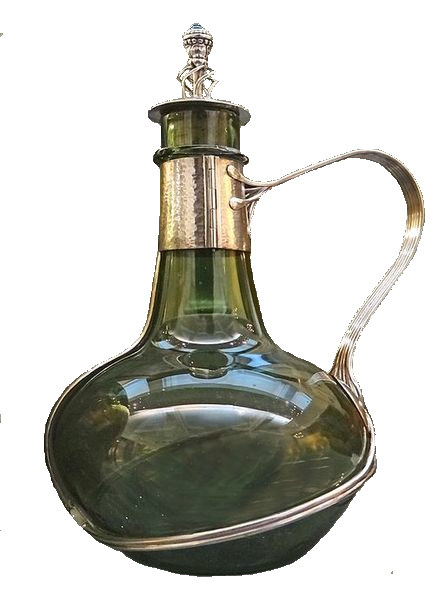 Breakfast is mostly made of fruits, fruit juice and some bread made with the local equivalent of wheat. All in all, it's not too different from what we eat in France. The fruits themselves are mostly local and in season, although nobles of course pride themselves on their access to exotic imports and their ability to magically conserve fruits and eat them out of season. 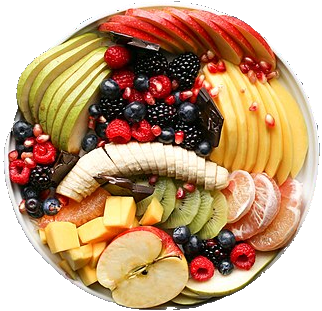 The best of those new fruits I've tried is the lariche. It has a scratchy exterior that looks like a bright blue fusion between a kiwi and a pineapple. The taste is a nice mix of sweet and bitter and it makes an excellent addition to fruit juice mixes. Unfortunately, I think this must be one of the expensive ones, as even when showing off her money Princess Jérine had troubles finding it anywhere during the quest—never mind how we were supposed to stay discreet... 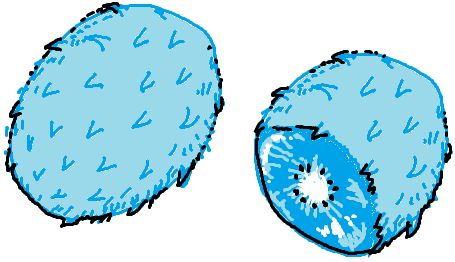 
Lunch can either be simple or extremely complicated. There is no in between.

Most Séranniens bring their lunch to work and eat it during a break taken when the sun is at its highest position. Nobles will eat something similar—although slightly more elaborated—while sitting in a proper dinning room. A typical lunch dish is some fish or meat mixed with vegetable bites and bread crumps, with everything wrapped into tarcie leaves so as to form the Sérannian version of a sandwich.


Tarcie are long green leaves that grow on a common type of tree. They are not very nutritious, but the veins of the leaves have a slightly spicy taste which really enhances what can sometimes be a rather bland dish. The exact taste of the leaves varies depending on the composition of the soil where the tree are grown, and the difference between regions is rather striking. 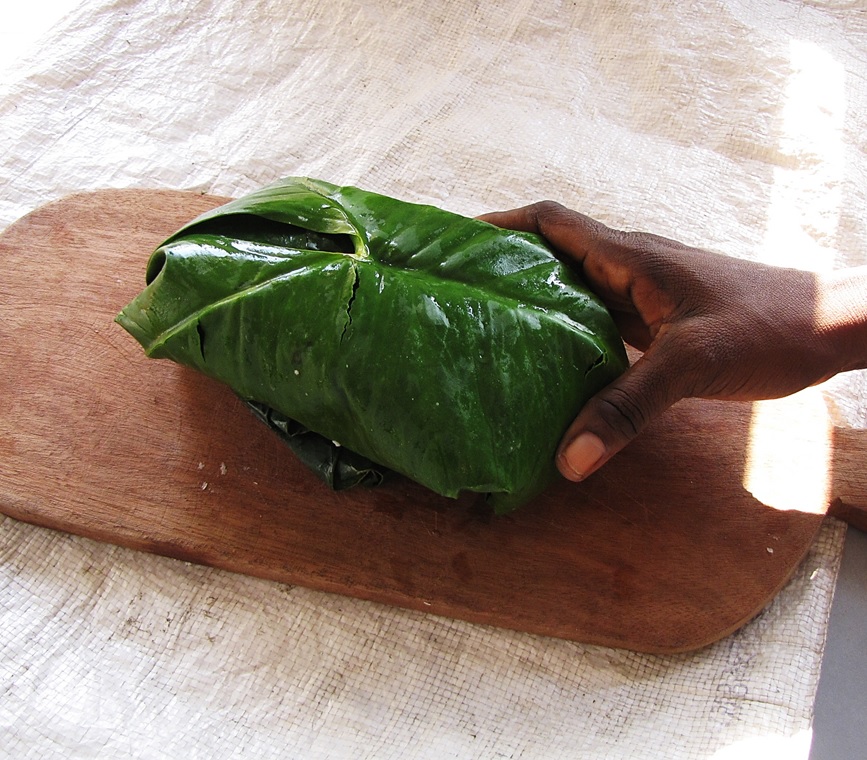 On special occasions, lunch is transformed into a grand feast and is an occasion for the host to show off their riches—especially by using expensive spices and exotic fruits in the dishes—and generosity—as shown by the amount of dishes.


The meal is thus made of a multitude of dishes served on small plates one after another. Each dish is centred around one theme—a vegetable or a meat for example—that is highlighted by a sauce or another accompaniment. With so many different food, there is bound to be something for every taste.


Exceptionally, an infusion is drank at the end of the meal rather than as a separate occasion. It is made of some special aromatic leaves that Calendre said have digestive properties.


Refusing to partake in any of the dish or drink offered is a terrible insult to the host. It's better to completely avoid going to any feast hosted by people who think they are some grand culinary genius who are going to revolutionise Sérannian cuisine. By what I gathered, there are a lot of those among the nobility... 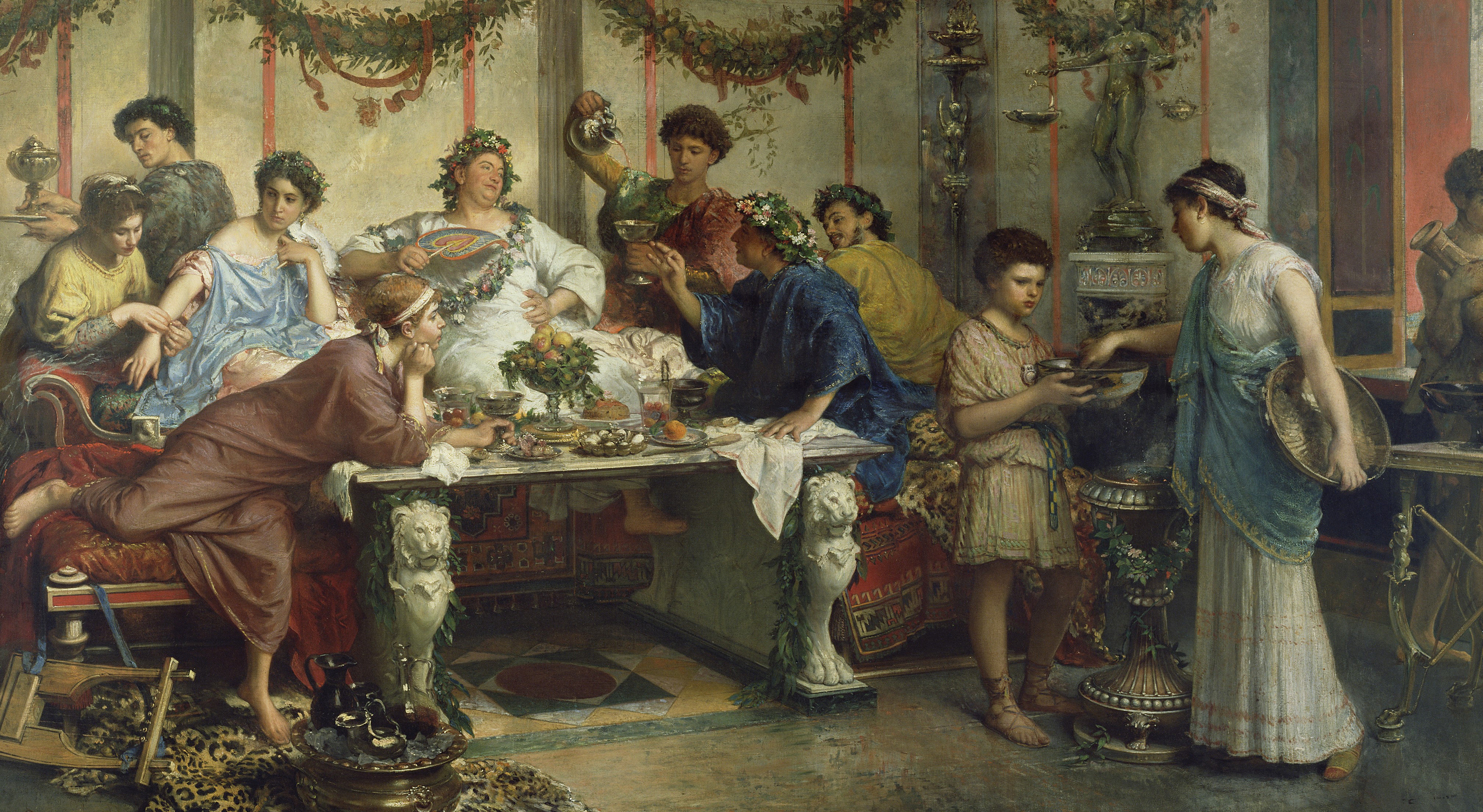 
Dinner is normally the most elaborate meal of the day and is a simpler version of what is served on special occasions. Food is generally light, as appropriate for the late hour. Typically, it consists of vegetables sprinkled with herbal sauces. 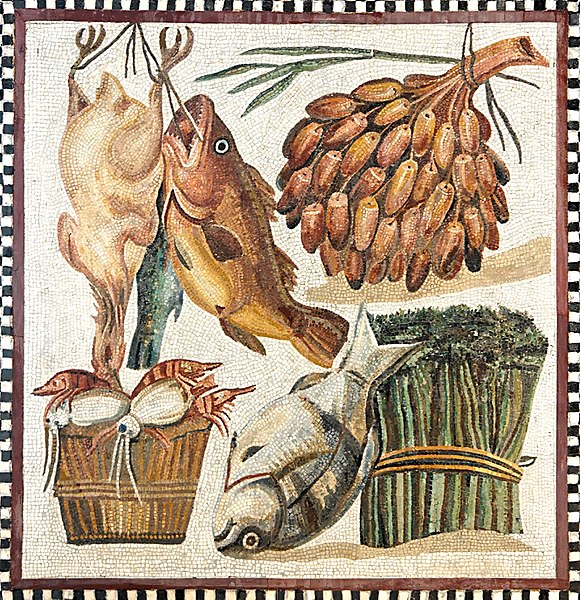 
First thing to bring back with me: cocoa. Life without chocolate is not worth living. Who cares about potential pathogens I could bring back? It's not as if I'm not covered in them anyway. And I'm sure there will be some kind of magic that can take care of that. Probably.


So, the plan is: 1) bring fertile cocoa beans—look that up online urgently!—2) get a hold of a greenhouse and herbologist, and 3) build wards to protect the beans—and possibly protect Sérannie from them if setting up that much magic is not too complicated. Then, in a couple of years, I should get my own cocoa beans and I can start experimenting with converting that into chocolate—get chocolate recipe. And then I can take over the world with my chocolate!


I think that sugar is also unknown to the Séranniens—or at least I've yet to see any of it. I'm not sure if I should bring back sugar cane with me, given all the troubles people had with cultivating it and how they resorted to slavery because of that. Maybe I should look into one of those alternative sugar sources like beetroots—this would make it a lot easier I think—research beetroot sugar.


Séranniens also don't know anything about cheeses or cake. While I might be able to replicate something coming close to a cake thanks to my cacao and sugar, I better make my goodbyes to cheeses while I can... 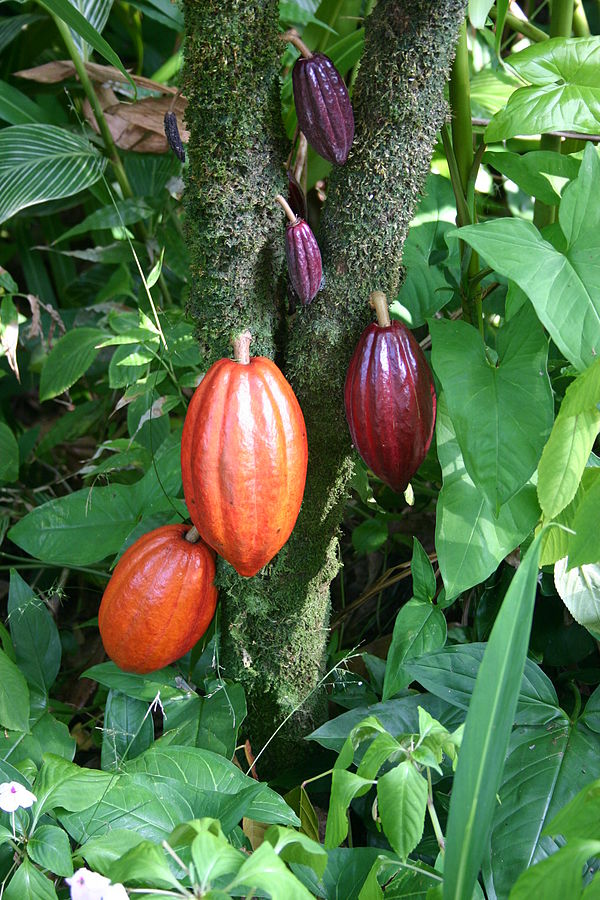 
Food is tightly linked to social hierarchy. As has been amply demonstrated during the quest, nobles never share their food with commoners, and royalty doesn't even share with nobles. The worst is that even by trying to make their dish slightly different with an additional token herb on top, it's not always possible. This gets to a ridiculous point where the dishes are exactly the same but they still need to be prepared and served separately, even while camping and on the run from the Dark Lord's armies.


While I haven't been a lot around "normal" Sérannian society, I was still able to gather that breakfast is an essential part of the day for everyone and that it typically lasts at least one hour. However, shockingly not everyone actually gets to eat during that time.


Indeed, it is then that clients visit their patrons to pay their respect and make their court, while the patrons themselves are eating. Patrons will then assign to clients their tasks for the day in exchange of providing them with food or services. This all seems very similar to how Roman where doing things—or at least the vague idea I have about how Roman where doing things. Research Roman culture. 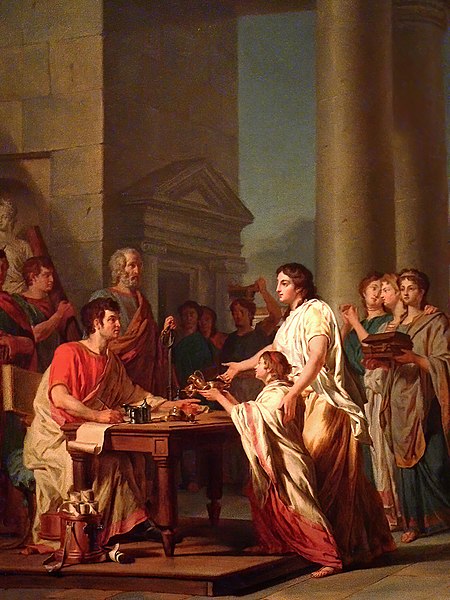 
In noble houses, servers bring the dishes directly on small individual plates. In other locations, food is brought on a big common plate that is placed in the centre of a round table, and everyone eats directly from there.


All plates are artfully decorated, preferably with nature scenes, animals, food dishes, or even what I guess must be famous historical events—unless they're just ways to glorify the host? The plates also have discreet runes painted on them so as to keep food at the adequate temperature and to prevent microbes, fungi or insects from getting into the food or tempering with poison.


Cutlery consists of a spoon and a knife that are brought with the first dish and kept throughout the meal. Should I bring back a fork? 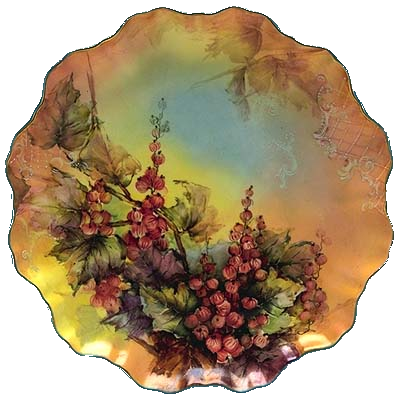 So much detail :) I really liked it 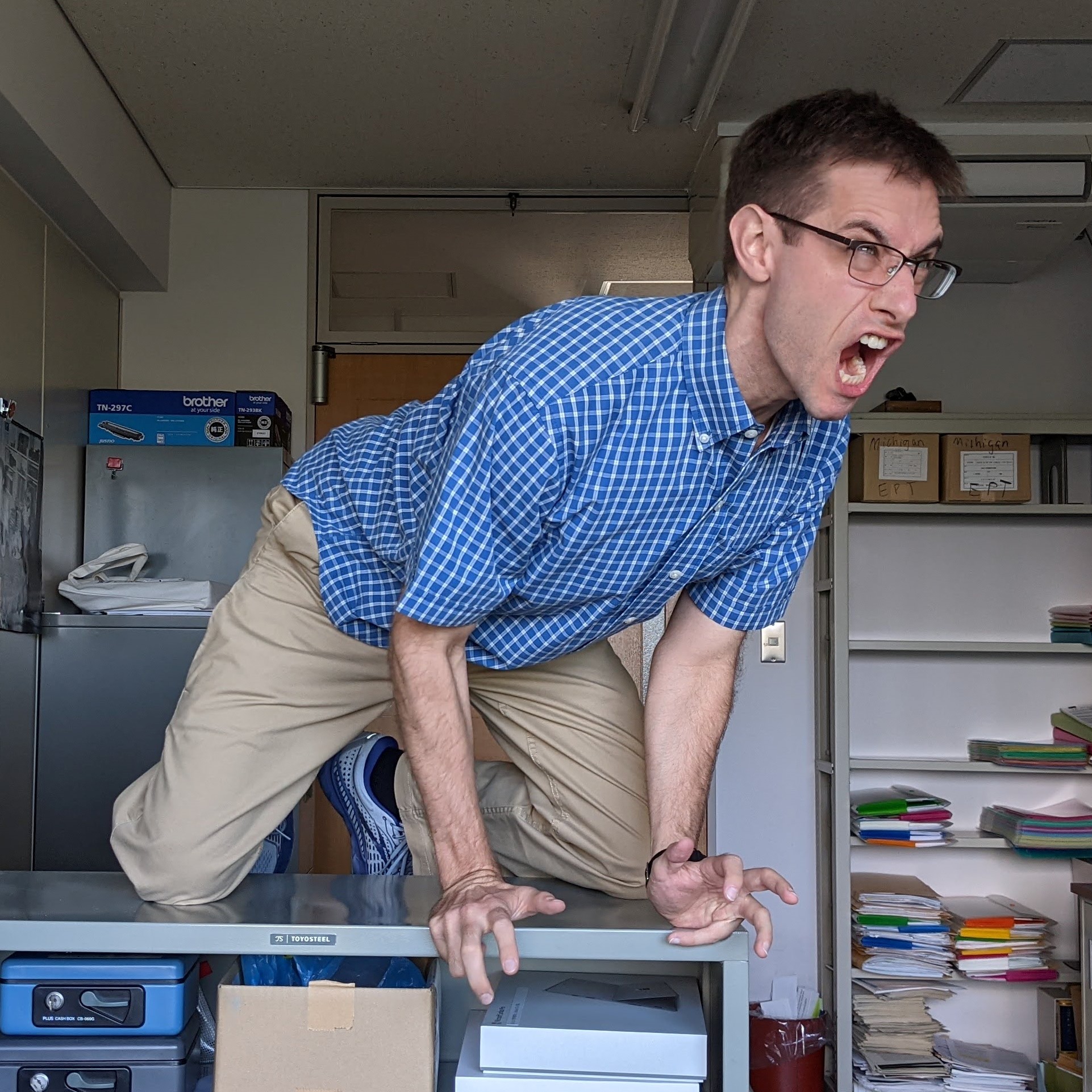 I love how this article is written from the perspective Isabelle, relating the new foods and practices to familiar ones or her own perspective. An example I hope to learn from that I definitely want to try out!

Thanks :D Yes I was happy to be able to try this new format thanks to Isabelle being from our world! It's fun and it really helps with descriptions :D