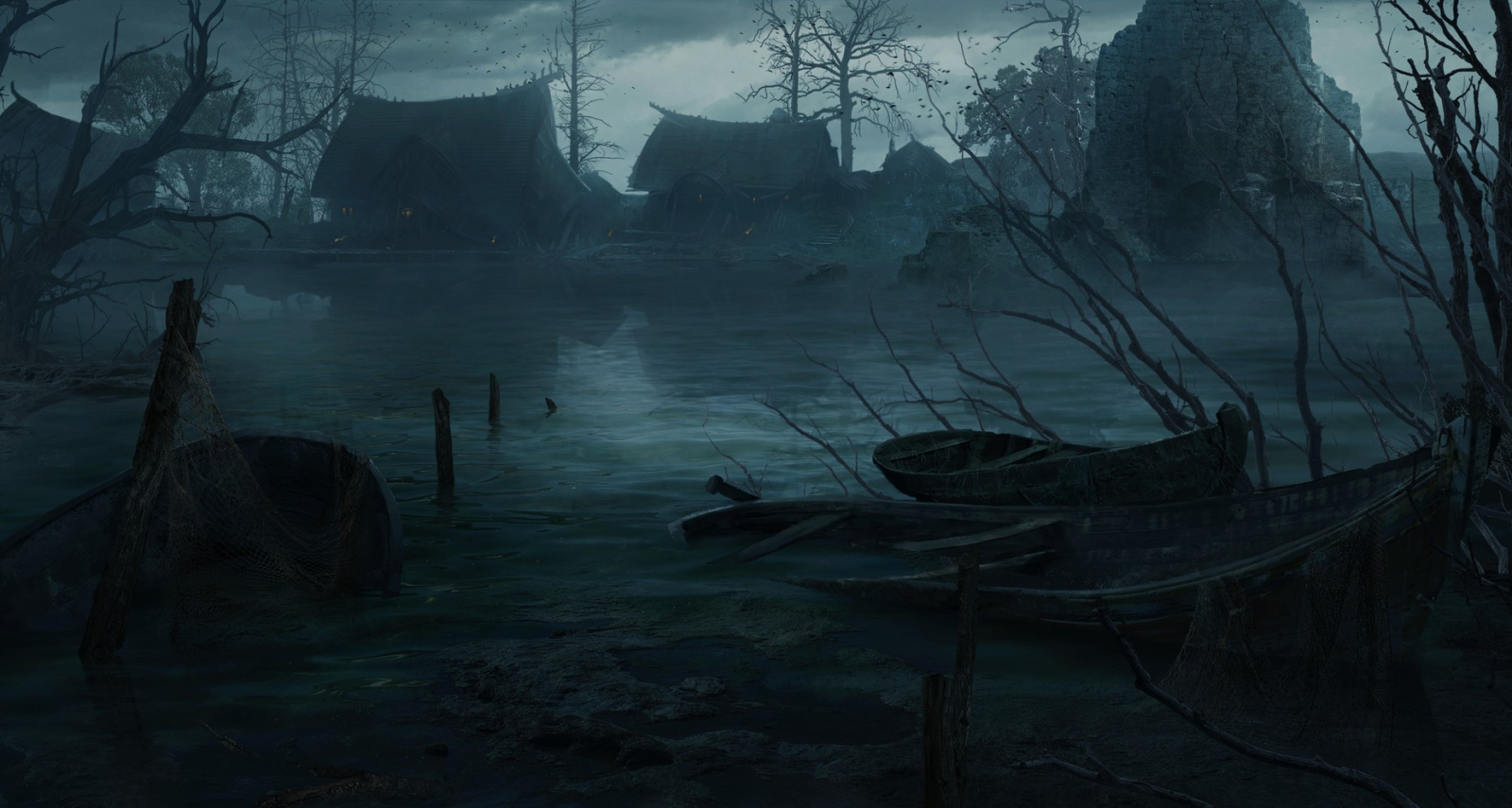 Suffering Besides: About Everyday Life

An Age of Darkness

The world of Points of Radiance is not particularly advanced, most societies would fall somewhere into late Bronze Age or early Iron Age. It is also an inhospitable world where people have to struggle for survival constantly. People cannot simply sit out in a city and perform some specialized job either. These cities are surrounded by farmlands, fishing villages or hunter communities. The people in these sub-urban areas do not specialize or even trade all that much, they mostly try to survive of what they can farm (or fish or hunt depending on the land's fertility and other available resources) themselves.

In such a world trade is usually reserved for the upper class or recently advanced middle class, and this is reflected in currency. There is no fiat currency (e.g. money bills), all currency is either also a commodity (e.g. valuable metal) or a representative currency backed by official institutions associated with the Divinities (e.g. a tablet entitling a person to a carriage worth of grain from the temple). 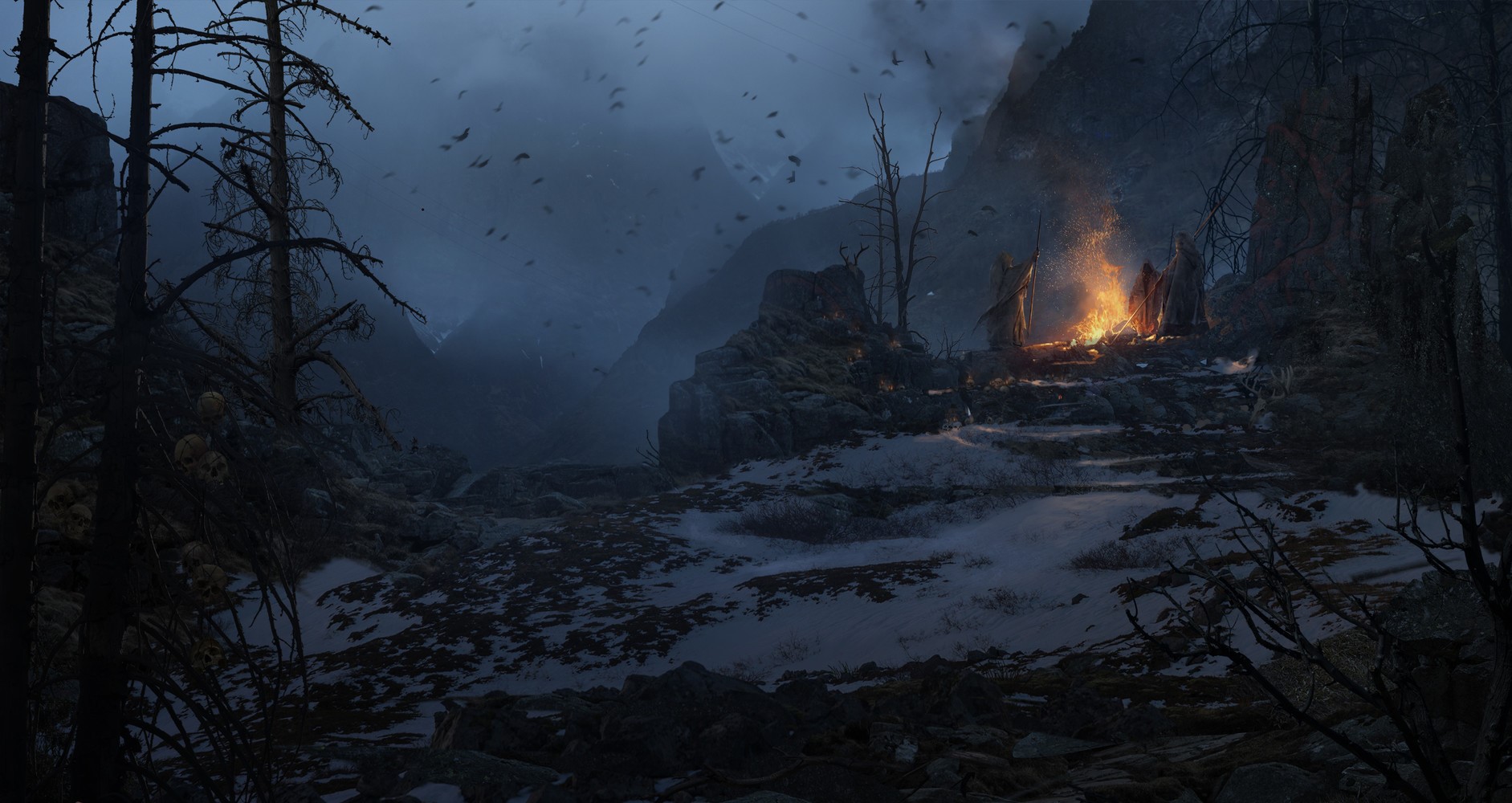 Ritual by Max Hugo
Armies are often made up of levies with few career soldiers, but this can vary wildly depending on the city's economy and their leading divinity. Under the leadership of a War goddess like Ildovad who is rather focused on conquest for example, there is a significant professional army, and this is a well-respected profession. To avoid starvation however, these armies usually double as hunters, builders or farmers when they are not off fighting.

In a world with verifiable divine presence, everyday life is also suffused with faith, and often people will pay homage to multiple divinities (that are allied to or friendly with their city's divinity) in hopes of aid. Their lives and religion are based on practicality, and survival is the number one priority.

The Cost of Survival: Professions 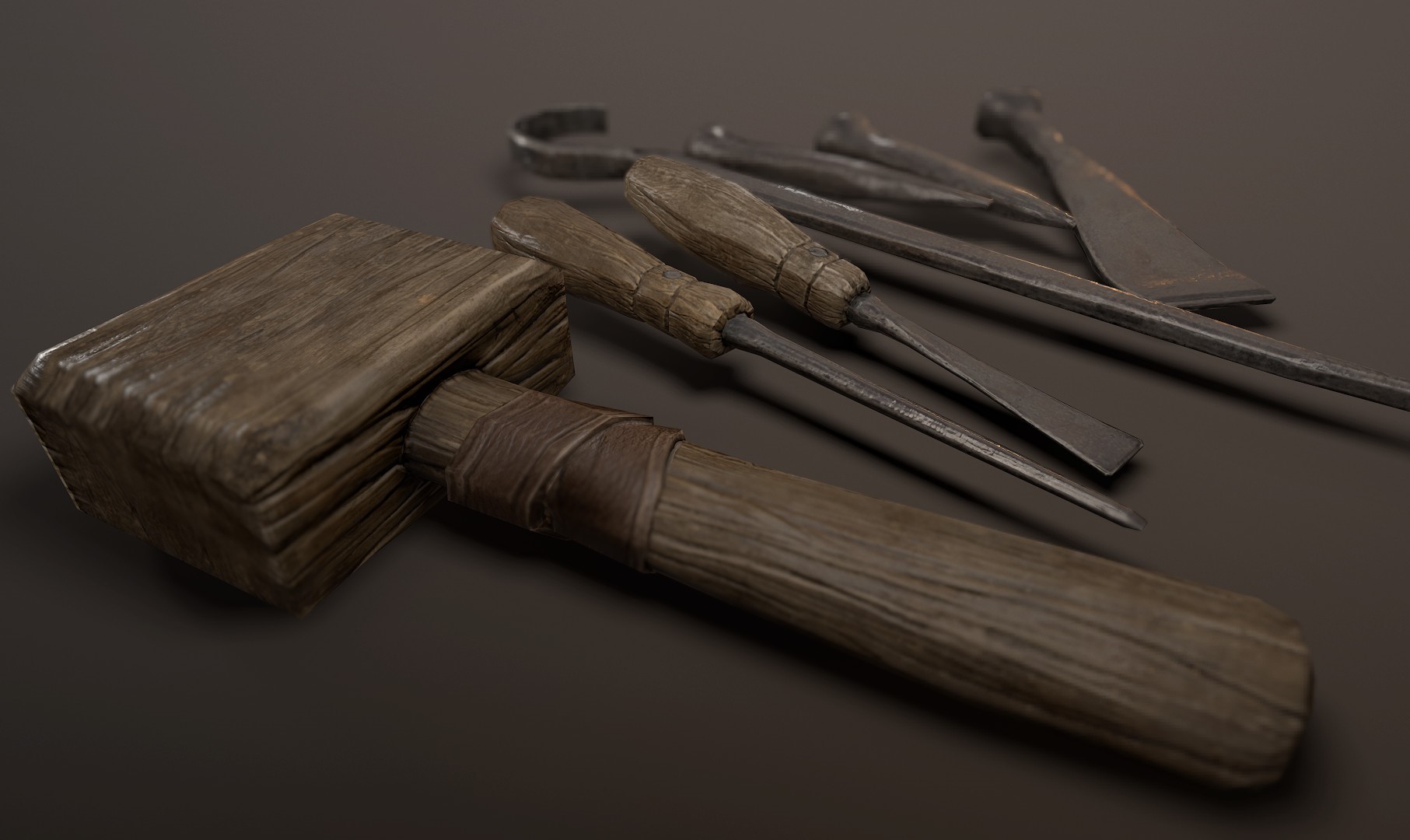 The vast majority of people in these times are subsistence farmers. In certain places fishers or hunters (or even something more extreme) may play a similar role if there is little to nothing to farm. In many cases they also herd animals or other creatures to provide an additional source of food, or potentially income.

The hardships of the land also bind people together though, and usually there is a strong sense of community within sub-urban areas or even between them. When someone has a bad harvest they may be helped out by their neighbor, and they may do the same for them in return. This kind of 'gift economy' eschews bartering and trade which are considered more dishonest means. But they do suffer one great downside, when times are tough this kind of economy can break down and this is what most conflict amongst commoners centers around.

Only the finest wool from Helorszég, I see your wife has a good eye. Worth a pretty penny, eh mister?

There are those who see opportunity in all this mess, who break the rules of most commoner's lives. Traders are important for society and their existence can be both extremely beneficial or the exact opposite. They may enable a city to avoid starvation, or doom it to that very thing with exorbitant prices. They are also almost universally reviled by the commoners. They break the relationship-based system of the commoners, and buying at one price only to sell at another is often viewed as dishonest akin to stealing. Yet they are loved by the middle and upper classes who depend on them to obtain (enough of) the products that they could otherwise not acquire. That is until they start to get as rich or richer than these upper classes, which can lead to jealousy and harsh legislation.

What should no be underestimated is how dangerous the life of a merchant can be. Permanent shops are highly unusual, because they are rarely profitable. So merchants travel, going from market to market peddling their wares. But most roads are poorly maintained, and the areas between cities are often full of danger. This is also why trade is often centered around rivers or coastlines, because moving wares across water is both cheaper and safer. All in all, to lead the life of a merchant you have to be willing to both brave the dark roads and risk the scorn and distrust of the people. Which is why those who already belong to a disliked group or minority often form the core of the merchant class. There is little for them to lose aside from a life of discrimination, and immense wealth to gain.

With foul beasts lurking around every corner, those who specialize in dealing with these threats are common too. It is a dangerous life, but you can make a killing from selling the unique materials harvested from their corpses. Humans are ingenious and trappers try to turn the weaknesses of these beasts against them while they remain at a safe distance. Meanwhile there are hunters who stalk their prey and try to ambush them, although this is a risky proposition since most creatures are well-adapted to the dark circumstances here. And then there are the wardens, often formed from among the ranks of the faithful, these holy warriors aim to protect the lands (and particularly the city itself) from foul beasts, although getting them to scour the land beyond that can be expensive.

Nothin' as useful as having the right tool for the job.

To survive, weapons and tools are indispensable. Thus those who can make them are just as indispensable. Smiths are well-respected and their knowledge of the processes involved is often fiercely guarded. But metal can be scarce, which is why in many cases they are not necessarily metalworkers but craftsmen who turn the animal and monster products they are supplied with into useful tools or weapons.

They say that when you stare into the abyss, it stares back. So perhaps we should look more to our gods, so that they may look back and bless us with their holy power.

The gods are real, and faith is omnipresent. But the divinities still need people to spread their teachings, to guide people in everyday life and sometimes to bring offerings to appease them. These are the acolytes, although they may have many other names. They are the religious servants of a divinity that make up its faith (or church if you will). They usually go into service for a set period of time (e.g. 20 years) during which they are effectively the god's property (although it is speculated that the idea of property is different for them). During this time they do their divinity's bidding with utmost fervor, but as an extension of the divinity they are also considered sacred. This means they are highly respected, but they are also limited in what they can do. Often a divinity's dogma requires them to do or avoid certain things, or to perform a particular role in everyday life. They can be healers or warriors, orators or librarians, judges or entertainers, all depending on the aspects of the divinity they serve.

(Suggested to start with the Geographical Regions, and move to the Divinities and the Points of Radiance from there. Don't worry there's links to everything and there's always a handy table of contents on the left.)

Remove these ads. Join the Worldbuilders Guild
The Long Dark: A World Overview
Preamble for the Lost